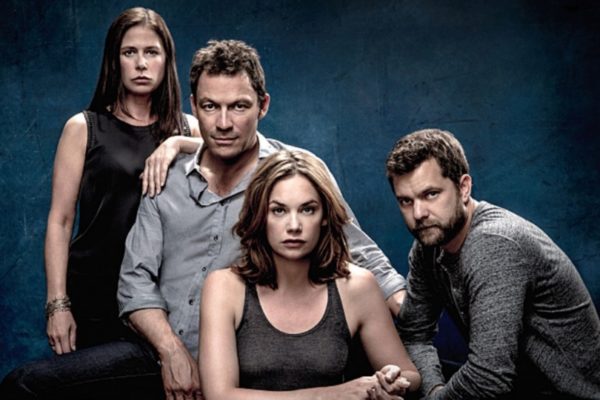 It’s back. The love triangle that keeps on going, which throughout two seasons combined adultery, murder and a seemingly endless array of family and individual problems, ripe for a dramatic continuation into Season 3. Showtime’s The Affair, season 3, premiered Nov. 19, just in time for viewers to find a place to refocus their energy and frustrations over the interminably long presidential campaign and unexpected culmination, and for good conversation, focusing on Noah Solloway and his cast of dark supporting characters, while eating the Thanksgiving turkey.

Episode 1 focuses solely on antihero Noah Solloway, played by Dominic West, newly released from three years in prison after serving time for a murder he didn’t commit. The episode is told solely from his perspective, a switch from show’s typical dual viewpoints which share the hour.

As we left him in Season 2, Solloway and his ex-wife Helen (Maura Tierney) were driving along a foggy road in Montauk. Solloway’s mistress Alison (Ruth Wilson), the young waitress from Montauk who was the original reason for Helen and Noah’s breakup, is arguing by the side of the road with her drunken brother-in-law, and pushes him unknowingly into the path of the car driven by Helen Solloway, killing him. Noah, feeling he has no choice, takes the rap in court.

Noah emerges from prison and immediately ends up at his father’s funeral, a man who we are told he never really liked. Helen and their children show up at the funeral, but despite Helen’s clear desire to talk with him and try to re-establish a future as a family, Noah seems to want no part of it. We see him in his job as a creative writing coach at Princeton, in visits with his parole officer, popping pills and living with his sister, simply trying to make it through each day. 90s sitcom lovers may recognize Noah’s sister, played by Jennifer Esposito who spent two seasons as an administrative assistant on Mike Flaherty’s (Michael J. Fox) staff on Spin City.

Noah’s an ex-con now, not a celebrated writer. His stark, public and nasty criticism of a student’s work sends her crying out of the room.

Viewers who watched seasons 1 and 2 know Solloway is flawed, and now, even more so. He’s clearly haunted by his time in prison, as we see flashbacks of jailhouse abuse and visible signs of trauma when Helen visits him.

Solloway meets college professor Juliette, who invites him to her house for dinner that night where she’s hosting a get together with a few students, one of whom was the girl Solloway harshly criticized in creative writing class earlier in the day. The group discussion focuses on campus rape and the true definition of sex, and Solloway seems disturbed when the student announces she doesn’t feel safe in his class or really “anywhere,” perhaps a moment of reckoning for him as a man who may have taken a woman against her will earlier in his lifetime. Flashbacks of his time with Alison are shown to the viewer.

There’s our “ripped from the headlines” moment. But it’s really a vehicle to get back to Solloway, who ends up, not surprisingly, in bed with Juliette, only to be torn away quickly by the roar of a train outside, another haunting sound clearly jolting him with memories of time in prison.

Solloway leaves her house, goes home to his tiny, ant-infested apartment, and is slashed in the neck by a figure the viewer doesn’t see. And that takes us to episode 2, focusing solely on Helen and Alison, forcing more suspense as the viewer must wait till episode 3 to find out Noah’s fate. The Solloway children also return in episode 2 and all seem to be in various stages of dysfunction, no doubt triggered by their parents’ messy divorce, Noah’s imprisonment and their domineering grandparents’ roles in their lives.

The Affair, Sunday nights at 10 p.m. on Showtime, doesn’t disappoint. The characters return as their flawed, tormented selves, desperately seeking personal satisfaction and fulfillment of differing needs. Noah Solloway is clearly searching for himself, whoever that is, perhaps a combination of the man he was before the car accident and the man he now is after serving time in prison. It drives the viewer to return each week, to see just how easy it is that a charmed life isn’t really so, or that the temptation and actuality of an affair, a desired infatuation, might not really be what it promises. And might end up being the true unraveling of a lifetime of difficult relationships.

0 comments on “An Affair to Remember (and Revisit)”