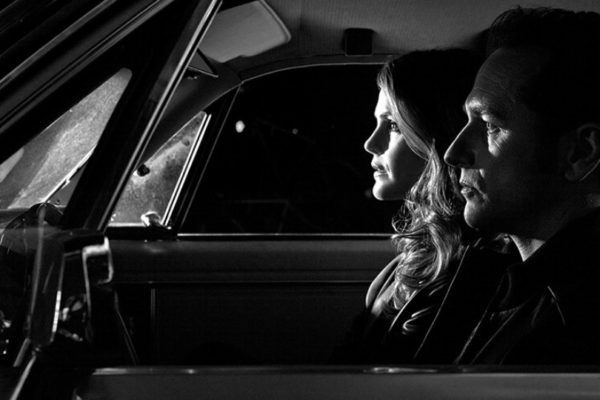 The Russians are coming! The Russians are coming! Who predicted that phrase would have such relevancy again? Well, FX’s The Americans did, for one. The thrilling, snazzily attired series, which just wrapped up its fifth season, has been focused on a seemingly all-American family harboring a dangerous secret: They are Russian spies infiltrating America to gain assets one at a time. There’s the beautifully icy wife/mother Elizabeth Jennings (Keri Russell), the oh-so-charming husband Philip (Matthew Rhys), a virtuous daughter Paige (Holly Taylor) and their unassuming son Henry (Keidrich Sellati).

[amazon template=right aligned image&asin=B01FL1VK8I]The Jennings family lives in DC, next door to FBI agent Stan Beeman (Noah Emmerich), who despite some early suspicions, seems to have no clue that his neighbors are engaged in deadly spy-craft right under his nose. Is this history repeating itself, art reflecting life, or some combination of the two? For now, we’re tuning in for more clues.

Ground Zero
Philip and Elizabeth have pledged loyalty to mother Russia, which means they’ve married and started a family for the cause. Philip is decidedly more influenced by his time in America and questions whether they’re doing the right thing by spying on their friends. Elizabeth is a bit more patriotic. Often they engage in romantic/sexual relationships with targets that they’re cultivating as assets. This spy business adds a strain on their marriage because, against the odds, they truly love each other. This season they renewed their vows so their love must be genuine! Or is it? Hmm. When you live a lie, life gets pretty tricky.

The Battle at Hand
While the bigger war is between the Russia and the USA, here on the show — unlike the current political crisis playing out around us — most of the fight scenes are played out not on Twitter but in intense, hand-to-hand combats which involve Elizabeth kicking someone else’s butt. Sure, she also receives her share of injuries — a gunshot in Season 1; a brutal encounter with the FBI that leads to Philip extracting a broken tooth with pliers in Season 3 — but this undercover matriarch is a scrappy fighter willing to do anything to make sure she survives to live another day. One such scene happens when she’s walking along a dark street with her daughter Paige. They are attacked by run-of-the-mill bad guys trying to steal their wallets. This is the first time Paige sees her mom in full on attack mode. It’s a traumatic experience for her because Elizabeth snaps into protective mama bear mode and kills one of the attackers.

The Future
Will the untimely end of double agent and low-level Russian diplomat Nina Sergeevna (Annet Mehendru) find a real-world counterpart? Is being a wife complicit to espionage like Martha (Alison Wright) its own brand of hell? Will Paige turn her parents in to the authorities or become a spy? Is the focus on wigs coincidental? What do the early ’80s have to tell us? We’ll keep watching to find out.