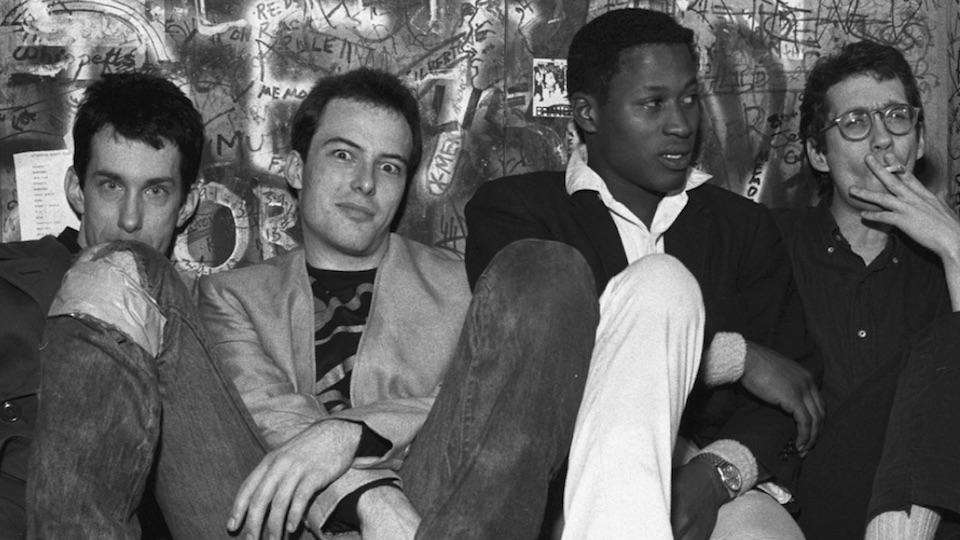 The Dead Kennedys have a new release, DK40, a live three-CD collection with original frontman, Jello Biafra, on vocals. In the ’80s there were a number of live bootleg recordings that were passed around by DK fans. I had one that was probably a recording-of-a-recording yet the sound quality (on cassette!) was still great. This brand new collection was put together by the band’s guitarist, East Bay Ray. He reviewed about 30 to 40 recordings before picking three that he felt were worthy enough to be presented. While they were all live, these three sets were actually recorded for radio broadcast so the quality is vastly superior to board tapes.

Original vocalist Jello Biafra was not involved in the production of the set. He’s been estranged from the band for years as a result of a very public dispute, one that culminated in a bitter lawsuit in which the other band members sued Biafra for withholding royalties. As a result, Biafra wound up losing most of his control over the Dead Kennedys’ discography.

Biafra actually couldn’t play an instrument and his claim to writing music was limited to singing lyrics a cappella so that the musicians in the band could create music to accompany them. Yet Biafra did write almost all of the lyrics and was a marketing genius who helped the band earn its success.  So there are numerous “opinions” on the validity of the court ruling.

Ironically, the band also sued him for not marketing the band enough, a claim that’s laughable considering that the Dead Kennedys were noted for their anti-establishment ethic. This is why they decided never to sign with a commercial label and started their own called, “Alternative Tentacles” (East Bay Ray has been accused of wanting to sign with major label Polydor, but this has been disputed).

Jello Biafra’s caustic attitude reportedly helped him lose his court case. His hostility towards his former bandmates has also yet to let up. He just seems to throw away his legitimacy due to bitterness.

Not too long before the breakup, I saw the Dead Kennedys play the Ritz in New York City. It was the worst show I ever witnessed, even though it was performed by a competent band. Some skinheads had started a rumor that they planned to beat up the band in hopes of ruining or preventing the concert. At the start of the show, Biafra let the crowd know of his displeasure with these threats and then spent the rest of the evening telling the audience how much they didn’t deserve a good set. He made it plain that the band would play the most “un-punk “songs possible and then made good on that claim.

Throughout that night Biafra relentlessly put down New York as well as the audience.  We in the audience listened to Biafra’s rants until the last song. At that time he announced that the band would be playing “Nazi Punks Fuck Off”. He told us something to the effect that we didn’t deserve such a great punk song, but they were only playing it because the lyrics were appropriate. When the song started, the crowd came alive — and all hell broke loose.

The problem was that Biafra either didn’t care that the crowd was overwhelmingly comprised of diehard “DK” fans. There was no skinhead violence and his attacks were completely misplaced. He was clearly bent on self-destruction in the face of both real and imagined enemies.

Biafra’s uncompromising defiance has earned him acclaim but has cost him dearly. The Dead Kennedys’ legacy serves to illustrate how a person’s strengths can also be their weakness. This amazing 3-CD set preserves the intensity and acidic wit of the band when they were at their peak.

Although the DKs have reformed and played many shows since 2001, Biafra has been hostile towards any rapprochement with his former bandmates. If you missed them during their heyday, this may be your last chance to know firsthand the eloquent fury of the Dead Kennedys.