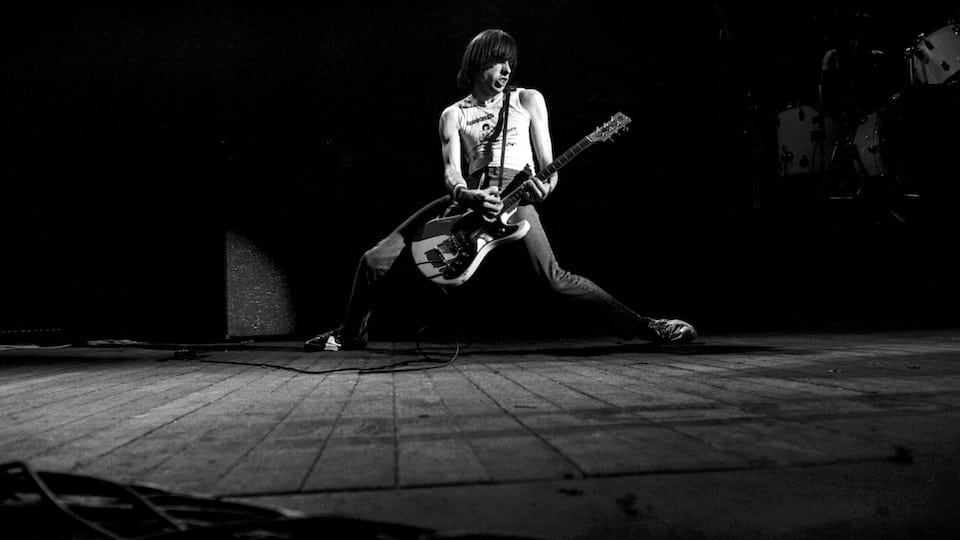 Punk rock may have fared better at the box office with feature films like The Decline of Western Civilization, Ladies and Gentleman the Fabulous Stains, and Sid & Nancy, but sometimes you want to experience the real deal and not some fictionalized version of music history. So then the question becomes, what kind of punk? Do you like it out of Queens like The Ramones, out of L.A. like the Circle Jerks, or even by way of Russia like Pussy Riot? Whatever your geographical preference may be, here are a handful of punk rock documentaries that will send you pogo-dancing around the living room.

This documentary about the Ramones bassist — who sang and composed for the band as well — was released the year he died of a heroin overdose. That seems sadly appropriate given that Lech Kowalski’s low-budget flick is all about the needle — sometimes in reference to dope, sometimes in regards to the tattoos he uses like an illustrated man recounting his life in pictures. Names like Johnny Thunders, Deborah Harry, and Jerry Nolan get dropped in sordid tales of stealing coats, getting high, and pissing in the hallway. The backstory of “Chinese Rocks,“ Dee Dee’s song co-opted by Richard Hell, is particularly engrossing. Signature quote: “If you go into an apartment and see no spoons in the kitchen, you know something’s wrong.”

Related: “My Audition for The Ramones”

The archival footage in David Markey’s tribute to LA’s seminal hardcore band reminds you how punk rock was dance music in its own special way for a certain crowd. Visually, the best scenes are mosh pits of sweaty, lanky men rhythmically swinging their arms while colliding into each other or getting pushed off the stage to “Beverly Hills” and “Back Against the Wall.” As to the soundtrack that inspired their slam dance, Circle Jerks’ two Keiths (Morris and Clark) and their various bandmates narrate over a decade’s worth of changing lineups that included everyone from Flea on bass to Debbie Gibson on backup vocals. (Pausing here for your double take.) As Henry Rollins respectfully notes of the Jerks in their heyday, this band was tight! Signature quote: “We had no management. We had no plan…”

Music takes a backseat to ideology in Yevgeni Mitta’s doc about Russia’s fearless all-girl rock band of political agitators. But that doesn’t mean you won’t hear songs like “Mother of God, Chase Putin Away,” along the way. It’s simply that the music is mainly a medium for the message; punk rock is a vehicle for “pure, sincere protest.” And when you see the performance footage, it’s usually a short clip of women — in brightly colored dresses and crocheted ski masks — miming carefully choreographed rock routines atop trolley busses, on the Red Square, or inside the Cathedral of Christ the Savior. That last action landed three core band members in jail but also earned them worldwide respect, including that of Johnny Rotten who dedicated his performance of “Rebellion” to them during a concert. Signature quote: “Provocation exposes the essence of people’s souls.”