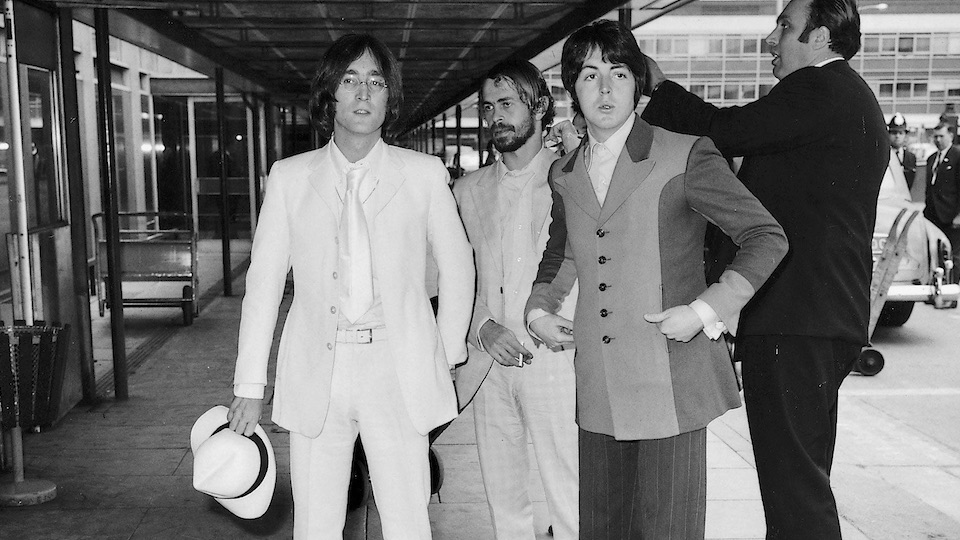 “I remember John coming to my house one day and saying ‘This is my new guru – Magic Alex.’ And I said ‘Oh, OK.”

According to Paul McCartney, that is how it all started. In 1965, while checking out an exhibit at the famous Indica Gallery, John became enamored with a fast-talking man who had recently moved to London from Greece. He claimed to be an electrical engineer and worked as a TV repairman. His father was either an officer in the Greek Army or its Secret Police. His life before moving to London was and still remains unknown. But from that meeting onwards, Yannis Alexis Mardas became known as “Magic Alex, The Electric Guru.”

Who was this man, who so impressed one of the greatest musicians of the twentieth century? Alex was certainly a person they listened to – he convinced John Lennon that Maharishi Mahesh Yogi was having an affair with Cynthia, and a few years later they gave hundreds of thousands of pounds to him to create a new recording studio. Where he came from, what he wanted from life, and why he chose to do what he did, however, is a mystery.

Alex, when asked, described himself as thus: “I’m a rock gardener, and now I’m doing electronics. Maybe next year, I make films or poems. I have no formal training in any of these, but this is irrelevant.”

At first, The Beatles saw Alex Mardas as a magician. His electrical gizmos and contagious enthusiasm caused him to become a part of their inner circle right up to the last days of the band, and for the longest time, they trusted his every word. His ideas were revolutionary, after all. A device to make it impossible to record songs from your radio. Wallpaper that doubled as loudspeakers. A recording studio with multiple computers and a 72-track desk. John said of him at the time that “There’s no such thing as a genius, but if there are any, he is one.”

Related: “Astrid Kirchherr: What She Taught the Beatles”

Of course, some of his other plans were less credible. A flying saucer made from V12 engines taken from George and John’s cars. Magic paint that would change the color of your car when you pressed the brake. An X-Ray Camera. One idea he put forward was for the members of the band to drill holes in their heads, so “our third eye would be able to see, and we’d get cosmic instantly.”

That was before The Beatles decided to use the studio they had paid for to record their final album. Instead of cutting edge technology, they found only a mess. A poorly-put together 16-track recorder, tinny speakers dotted around the room and little else. The computers were rusting in a barn.

So Alex was let go.

Did that stop “the electric guru”? No. Instead, he went into the military defense business, working with royalty. As eloquent as ever, and not knocked down by his failures, he convinced King Constantine of Greece to sell “bullet-proof vehicles” to the Sultan of Oman. Sure, the cars would explode when shot at, and the money had to be refunded. It didn’t stop him from later working with companies around the world, on projects worth tens of millions of dollars. One such project included an early attempt to bring mobile technology to Greece and, according to the man himself, lost over 50 million dollars.

The New York Times called Alex Mardas a “charlatan” but, after a lawsuit, corrected themselves to say they “did not accuse Mr. Mardas of engaging in fraudulent dealings or criminality.” The remaining Beatles had long forgiven him by that time. While he denied the claims his biggest fans made of him, he still insisted he invented the digital camera and voice recognition.

Mardas passed away in 2017, still as much a mystery as when he appeared. Will he be remembered as a con-man or a visionary? It is difficult to tell. Before his passing, John Lennon spoke once more, offering possibly the best way to think of the man.

“He was just another guy. That comes and goes around people like us. He’s all right, but he’s cracked. He means well.”

6 comments on “The Enduring Mystery of “Magic Alex””