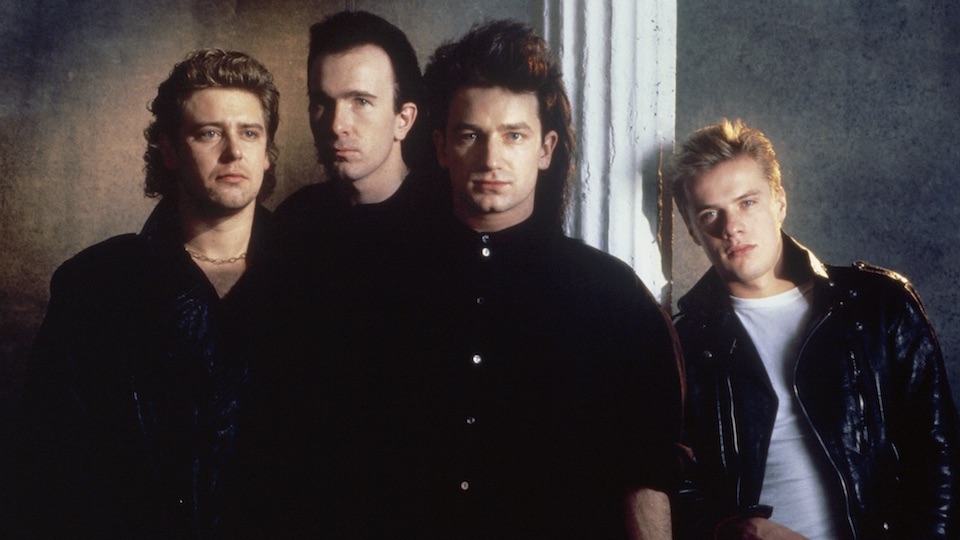 I’m not going to insult you with an introduction to U2; you’re likely looking over your vinyl of The Joshua Tree as we speak. But there are many songs in the band’s catalog that have gone largely unheard in recent years. Here are ten tasty “deep cuts” worth checking out.

Boy was a taut, albeit somewhat lightweight, work, but October proved to be the first album U2 released really worthy of attention. Opening with “Gloria,” the song exhibits Bono’s liturgical predilections, complete with a verse written in Latin. It wasn’t an obvious idea for a hit, but that’s precisely the point.

Closing out the October album, “Is That All?” is an urgent rocker, driven by Larry Mullen Jr’s thunderous cymbal work. U2’s founder was their most talented musician, and if the first three U2 albums rock, it’s precisely because of the drumming.

“Two Hearts Beat As One”

The closest thing to a pop song U2 had yet written, the song doubles as one of their most romantic offerings. Riding off the coattails of “New Years Day,” Adam Clayton lunges into the bass to deliver a frenzied, funky bass pattern that feels like it was taken from a James Brown record.

Although it might have raised eyebrows from some Beatle fans, this U2 number celebrates and expands upon the 1970 John Lennon number, bringing the focus from the deeply idiosyncratic into something more terrifying and tangible. Bono blasts Albert Goldman, author of the notorious The Lives of John Lennon, giving the writer the barbed salute that was long overdue.

As the nineties wore on, U2 veered into more dance-oriented territory, largely at the insistence of guitarist, The Edge. To this writer’s ears, Zooropa is their most fertile work of the decade and encapsulates a battiness that mirrored the change of direction Europe was facing. “Zooropa” is sung in English and German, as the Irish rockers try to piece together the language in a style that was respectful, yet distinct from the David Bowie records of yore.

“Some Days Are Better Than Others”

This drum-heavy number was the band’s response to The Stone Roses, as they hold back on the riffs, and let the atmosphere soak over the listener’s ears. Bono embarked on a mini rap that was decidedly more successful than The Edge’s attempt on “Numb.”

Depending on your persuasion, Pop is either a misunderstood masterpiece or the greatest indulgence of their career. My opinion lies somewhere between the two. When it’s bad, it’s pretty dire, but when it’s good (as it is on this pounding number), it’s excellent. Bono and The Edge share vocal duties, as both sing over the cascading instrumentation beneath them.

Talking about infamy: even members of the band hate this one! Regularly penciled as their “Obla Di, Obla Da,” the song holds one of Bono’s more whimsical lyrics, as he embraces the sort of nonsensical imagery that made up The Beatles outlet. Mullen Jr. does his best to imitate a Ringo fill and does so very nicely.

Noel Gallagher (Oasis) had long enjoyed a friendship with Bono that extended beyond professional courtesy, and Bono confided in Gallagher in the months leading up to his father’s death. Between them, they agreed Bono’s father was “one step closer” to believing in God. It’s to the band’s credit that they recognize the weight of the track, and let Bono deliver the more memorable elements of the song. Indeed, it’s one of his more haunting vocal deliveries.

No Line On The Horizon is a weak album, although it does have some moments of brilliance. Unlike the majority of the numbers, this piece revels in energy and drive, culminating in a seventies-style rocker that puts as much emphasis on the plunging drums as it does the falsetto vocals. U2 were never Led Zeppelin, but this is as close to metal as they are likely to hit.

12 comments on “U2: Ten of Their Underrated Tracks”