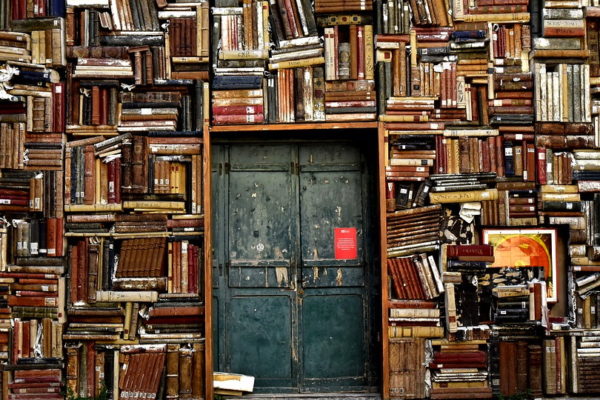 Like many people, I have fond childhood memories of my public library. I borrowed science fiction books and passed many summer afternoons. Libraries remained important throughout my education. They combined the solitude needed to study with on-demand socializing (especially when studying with friends), and access to librarians to help sift through the available materials. As an adult, however, libraries were largely displaced by bookstores like Borders and Barnes & Noble, which were great for browsing and provided a quasi-public space for reading children’s books to our son. Later, with the advent of the Internet and e-books, it seemed the public library as an institution was nearing the end of its useful life.

And yet, just as I was checking out of the public library, it seems that many people were checking in. There are over 17,000 stand-alone public libraries in the US (not to mention over 100,000 school libraries). Over the past ten years, library use has increased dramatically. Over 80% of Americans polled over the age of 16 say that library services are “very important” to their community.

And people are using libraries for more than studying and reading books. Visit a local public library today and you are just as likely to see seniors learning how to use Facebook and email; teens learning how to edit video or playing video games; new immigrants learning how to apply for citizenship; retirees reading newspapers and magazines; and people without broadband at home using library computers and Wi-Fi to look for jobs. And of course, students studying and being helped with research projects by librarians. Libraries also provide access to e-books, CDs and DVDs, and have become a community center of knowledge-based services and activity.

Libraries seem to be having a moment.

Still, the question of the library’s role in a digital society is pressing. Since libraries depend on public funding for their survival, whether libraries are still essential is an important question of public policy.

In his recent book, BiblioTech, John Palfrey, former executive director of Harvard University’s Berkman Center for Internet and Society and founder of the Digital Public Library of America (DPLA), makes a strong case for public libraries in the digital age.

There have been libraries throughout recorded history. But until relatively recently, they were generally available to only priests, scholars, or wealthy individuals. In the mid-1800’s, however, something new happened: libraries were made free to all members of the public. Funded initially by the robber baron Andrew Carnegie, libraries became publicly funded institutions that were recognized as essential to prepare the general public, including new immigrants and working people, to participate fully in a modern democracy.

Today, various commercial enterprises have been encroaching on certain functions that were once the sole province of public libraries. For research, we now turn to Google or another search engine. To stream movies there’s Netflix. To buy books there is Amazon. All of which can make a run to the library seem inconvenient. But these commercial services either charge a fee or gear their services toward attracting advertisers.

Public libraries can help us sort through the unmediated glut of random information available over the Internet, and help address issues of income inequality by providing a broad range of information and education services free to all citizens.

Palfrey sees a future where libraries have become “platforms,” linked to larger regional, national, and even international repositories of books and multimedia information. He describes how, with the help of a skilled librarian, a student working on a school physics project could click through to scans of Sir Isaac Newton’s original notebooks archived in England, and to then to a documentary that provides background and context.

This is a transitional time for libraries, during which they must build out their digital capabilities while maintaining physical lending services at least for now — a costly proposition. In a recent live appearance, Palfrey was asked what “business model” he foresees that would allow libraries to make this transition. “Libraries are a public good,” he answered, “and shouldn’t have to have a business model.” How refreshing.

As for me, while I can still afford to buy books, I’ve renewed my library card and have begun borrowing e-books from the library. A friend recently complained on Facebook that Netflix’s shift toward original programming and TV series has made it hard to find good movies. He asked his Facebook friends if they knew a service he could switch to. The first response posted was: “The library.”

0 comments on “The Future of Libraries? Probably Not What You Think”