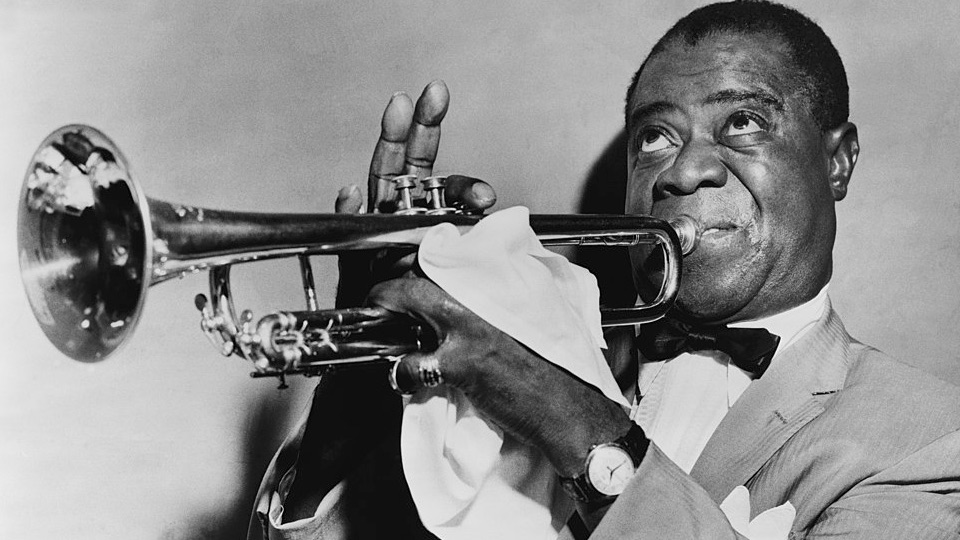 “St. James Infirmary Blues” is a traditional number that has been subject to frequent reinterpretation over time. Having initially been popularized by Louis Armstrong in 1928, the song has since been attempted by everyone from Jerry Reed to The White Stripes. Even actor/musician Hugh Laurie – best known for his portrayal of the titular character in the medical drama, House M.D. – had a go at the tune on his 2011 debut album, Let Them Talk.

This iteration of the song – for which Irving Mills is generally regarded as the composer – has become an American standard. But the song’s mysterious origins – by most accounts – lie overseas, beginning life as a traditional folk ballad entitled “The Mysterious Rake.” Upon finding its way to the American south, the song morphed and changed significantly.

The lyric, arrangement, and subject matter were overhauled to the point that the tune was hardly recognizable. But the song’s transient origins shed much light on how music as we now know it came to be.

The storied history of Folk Music long predates the emergence of the stars with whom it would come to be associated. Before the era of American folk luminaries like Bob Dylan and Joan Baez, or even pioneers such as Pete Seeger and Woody Guthrie, the minds behind the popular music of the day were generally no more recognizable than the people enjoying said music.

Indeed, prior to the prevalence of publishing and copyrights as the primary concern of those with a penchant for performance, it was through informal and often impromptu presentations – on shop corners, in living rooms, and throughout labor areas – that original arrangements organically spread across vast geographical regions. By way of this regular practice, songs evolved and adapted, becoming living documents of the various cultures through which they traveled.

This unfettered exchange of artistic lifeblood would form the basis of what would become traditional Folk Music. While the development of formal harmonic theory through 18th-century Western European composition was a highly structured, insular undertaking, the roots of folk, blues, and jazz had their origins in community and shared struggle.

But perhaps most importantly, these works were not informed by any formal understanding of “proper” music theory. As such, the musical structures were formed instinctually, shaped by the temperament and personal nuances of various individuals who have likely long since been forgotten by time. It was here that the humanity embedded deeply in forms such as blues and rock first originated.

Work songs, sea shanties, and slave hymns were among the fundamental building blocks of nearly all popular music of the past century. This material would be adapted in various forms over time, eventually establishing the basis of what are perhaps the most significant cultural and artistic exports to which America can lay claim: jazz and blues.

In the case of jazz, there is perhaps no musician who more deeply embodies the ethos of the form than Louis Armstrong. But jazz, like all American musical forms, shares an intrinsic link with the blues.

As Armstrong worked to define jazz as an art form throughout the 1920s with his indispensable Hot 5 and Hot 7 sessions, it would be his groggy take on “St. James Infirmary Blues” which would act as a coalescence of the form with that of the blues tradition.

The ensuing amalgam of sound would boil over near the conclusion of the nearly 5-minute arrangement, in a prodigious display of emotional resonance, unlike anything that had been laid to tape prior.

The track, weary with the weight of its subject matter being dragged like an albatross, benefits from a characteristically charismatic vocal from Armstrong. Satchmo’s take breathes life into the tune’s nameless narrator, endowing the character with a sympathetic quality that would have been far removed from the realm of possibility in less capable hands.

The track’s sparse, 8-bar rhythm plods faithfully along for the song’s final section, which culminates in a dramatic harmonic climax that may very well have provided the initial flashes of the fire that would come to define rock & roll decades later.

One of Armstrong’s first of many major musical contributions was to bring emphasis to the soloist within an outfit. “St. James Infirmary Blues” serves as a prime example of this development.

The push and pull of the emotive, instrumental movement being brought to a thunderous and visceral resolution not only conjures the worlds of jazz and blues simultaneously but – intentionally or otherwise – incorporates many of the elements in classical music responsible for endowing the work of composers like Wagner with such arresting emotional impactfulness, as heard in pieces such as “Liebestod.”

The darkness of tone and lyrics throughout the number provides one dimension of the narrative therein. But it is the journey of the music which allows for the realization of the full emotional impact.

Armstrong’s interpretation, like most others, presents a man who could be perceived as callous and heartless, unburdened by his sins to any extent that might warrant a change of lifestyle.

But Armstrong digs deeper, the music displaying an intermittent spark until – following a final run through the song’s motif – the elements ignite in an explosive expulsion of grief which establishes the humanity of a decidedly unsympathetic character.

This, by proxy, establishes conflicting feelings within the listener, illuminating our own messy realities in which the right choices are rarely obvious, and the most insidious evil can evince flashes of divine beauty.

Sun Records founder Sam Phillips would frequently recall his initial reaction to the music of Howlin’ Wolf, remarking of its distinctiveness and intensity, “this is where the soul of man never dies.” Those who commit themselves fully to the assimilation of Armstrong’s “St. James Infirmary Blues” will almost unquestionably find themselves rendered susceptible to feelings of this nature.

With contrapuntal exchanges that simultaneously invoke Bach and the Rolling Stones and a soaring, climactic finale executed on the scale of both Beethoven’s 9th and Led Zeppelin’s “Stairway to Heaven,” Armstrong’s interpretation of an archaic standard may have been the first true instance of lightning having been captured in a bottle. It is there it remains today for posterity, readily available to expand upon the universal understanding of all who care to embark upon the journey.

1 comment on “The History of “St. James Infirmary Blues””