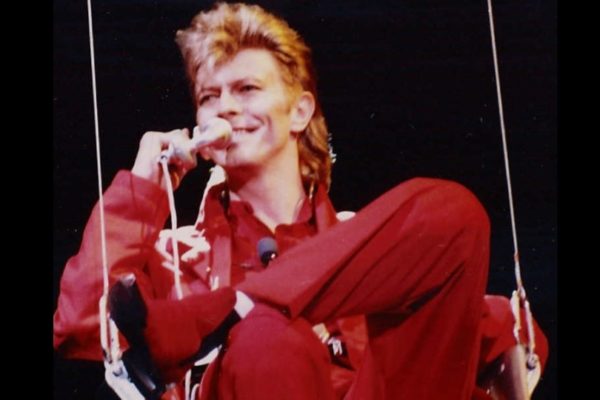 Not all influential British musicians attended art college before making it big; some did as a way to bide time while developing their music. Others took their courses seriously and could have easily veered down an alternative path. Many just wanted to get their parents off their backs. But there’s an abundance of evidence that for the magical period between the late 1950s through 1975, British art colleges were a breeding ground for those who would soon make their impact on the music scene.

Fortunately, the British art school system offered an alternative to those who may have failed their initial college entry exams. Consequently, they tended to attract a great number of bright students who didn’t have an interest in a trade or the discipline for a “proper” college. The honor roll of art school attendees is a literal “who’s who” of the classic rock era. Ray Davies, Eric Clapton, Ron Wood, Keith Richards, Jeff Beck, Christine McVie, Ian Dury, Cat Stevens, Bryan Ferry, and David Bowie all spent time in art school before the world knew them for their music (note: Bowie attended the Bromley Technical High School, where he studied art under the instruction of Owen Frampton, father of guitarist Peter Frampton).

The following are some examples where the musician’s time in art school affected their future career –in a good way.

Born “John Mellor,” the sensitive 18-year-old who would become the leader of the Clash, entered the Central School of Arts & Design just six weeks after his older brother committed suicide. When he arrived in September of 1970, he made sure no one knew his real name. As a partial device to leave the pain of his home life behind, John would introduce himself as “Woody Mellor”- in honor of Woody Guthrie. He was enrolled at Central Arts to study becoming a cartoonist.

After completing his one-year foundation course, Woody wouldn’t return to school but would befriend a diverse crew who believed in political revolution, communism, drugs, and of course, music. Eventually moving into off-campus housing in London’s Ash Grove (known to the crew as “Vomit Heights”), Woody became close to fellow art student Tymon Dogg. At age 17, Dogg had already played with Jimmy Page and John Paul Jones and had landed a deal that produced a single, “Bitter Thoughts of Little Jane.”

While busking with Dogg on the London streets, Mellor would soon form The 101ers and eventually, The Clash. Woody would become “Joe Strummer” in 1975 because that (strumming) is what he was dedicated to for the rest of his life.

Townsend entered Ealing Art College in 1961 (having graduated, along with classmate John Entwistle, from Acton County Grammar the past spring). Pete enrolled to study graphic design, which was geared to careers in advertising or perhaps photography. Townshend’s interest lay where commercial art merged with fine art to become something new for the times: “pop art.”

Pete was already playing with Roger Daltrey’s band, The Detours, along with Entwistle, but that was part-time as art school took most of his waking hours. He was reluctant to talk about the band with his art school friends, feeling that the working class make-up of the members of the Detours was not as “worldly.” He’s admitted that in those days, he was very sarcastic about the music the band members wanted to play. He and Daltrey would nearly come to blows as to the direction of their music.

By April of 1964, the shine of Ealing Art College had worn off for Townshend, as The Detours (now The Who) were opening for bands like the Rolling Stones and the Kinks. Pete spoke of the exhaustion of his “double life” during a conversation with the head of the Ealing Graphic Design department. The department head asked: “Well, how much do you make playing in the band?” At that point, the 19-year-old Townshend told the middle-aged man that his earnings were around 30 quid a week, more than the department head was making. Stunned, he suggested to Pete that he might be better off pursuing the band. Townshend never finished the program at Ealing Art College.

Pink Floyd Sound (as they were then known) is rooted in overlapping sets of friends who attended two different schools. Bassist Roger Waters and drummer Nick Mason were studying architecture along with keyboardist Rick Wright at Regent Street Polytechnic. Guitarist David Gilmour and original frontman Syd Barrett were at the Cambridgeshire College of Arts and Technology.

Gilmour studied languages at Cambridgeshire (eventually becoming fluent in French) and used it to his advantage when he traveled to France, busked, and played in various musical projects. He eventually landed a gig performing lead vocals on two songs for the soundtrack of Two Weeks in September starring French sex kitten Brigitte Bardot. Having earned some cred from that performance, his return to London put him at the right place at the right time, as Pink Floyd were at a crisis point. Barrett had been behaving erratically and was now being asked to address his obvious mental breakdown. Gilmour got the job and the “Pink Floyd” that the masses would soon know took off to international prominence.

On the more technical side, Mason, Wright, and Waters prospered from their time at Regent Street Polytechnic, as their exposure to fine art, graphics, and technology became the foundation of Pink Floyd’s legendary special effects. Nick Mason stated in his 2004 biography, “(The Regent’s school program) probably explains why Roger, Rick and I, to a greater or lesser degree, shared an enthusiasm for the possibilities offered by technology and special visual effects.” All three members of the band would become heavily involved in most of the details of their live show lighting, album cover artwork, and design of the staging (think of that Wall falling for the audience each night) “Our architectural training allowed us the luxury of making relatively informed comments whenever we brought the real experts in.”

Young immigrant Farrokh Bulsara is one of the few rockers to complete a degree from his participation in higher education. Transferred to Ealing Art College to study graphic art and design, both Pete Townsend and Ronnie Wood had already passed through the school by the time Farrokh, now “Freddie,” was in attendance. Soon he befriended fellow student/musician, Tim Staffell, who was playing in a band called “Smile” that featured guitarist Brian May and drummer Roger Taylor.

Freddie hung around the band, and even though he was initially considered a nerdy, buck-toothed hang-about, a positive rapport developed. The members’ eventually listened to Freddie’s ideas, especially when it came to the area of artistry and stage presence. They could see he knew his visual arts. To Freddie’s credit, he was conscious that he was dealing with a bunch of “science majors,” who needed help in their presentation (May held a BSc Honors degree in physics, Taylor was a medical student, and bassist John Deacon, who would later join,  was working towards a degree in an electronics undergraduate program). None of the band members had a good handle on what “show-biz” should be. Freddie convinced them that he knew.

Mercury would soon put his graphic arts education into action by designing the band’s now-legendary logo incorporating the zodiac signs of each band member. And he didn’t stop there: eventually, all of Queen’s early costumes, lighting, and staging would incorporate Mercury’s creative hand.

No band elevated rock music to the level of art more than the Beatles. They saw themselves as artists, not just entertainers. John Lennon was not the only “artsy” one in the band, but he was considered the “deepest” Beatle by the others.

This was established not only by John’s early songwriting but by his creative writing and drawings in his self-contained publication “The Daily Howl” (written in a school exercise book). Sharing this each morning with his friends at school, John’s word-play and pictures were hilarious and socially insightful to most. History would show that John did not have the grades to get into college (not even close), but fortunately, Philip Burnett, John’s English master, detected an original sense of humor from the few bits of John’s drawings and poems that he reviewed. Burnett would go out on the limb and recommend John for the Liverpool College of Art, despite his poor academic record.

Although by this time he was playing music with his mates Paul McCartney and George Harrison, their getting together was sporadic. John’s attendance at the art college in September of 1957 would create an important “glue” to the Beatles’ future- a guaranteed way to see each other nearly every day for the next three years. The Liverpool College of Art building in the city’s downtown section was connected to the high school that Paul and George were attending. This required riding the same bus each morning together and assured daily meetings in the building’s café where they would talk music and plan their dreams.

After three years of the 5-year program, John Winston Lennon was pushed out of the Liverpool College of Art as of August 1, 1960, due to his failing exams. Although he didn’t know it at the time, he would leave with the band for his first historic trip to Hamburg, just 15 days later.

2 comments on “The Influence of British Art Schools on Rock”