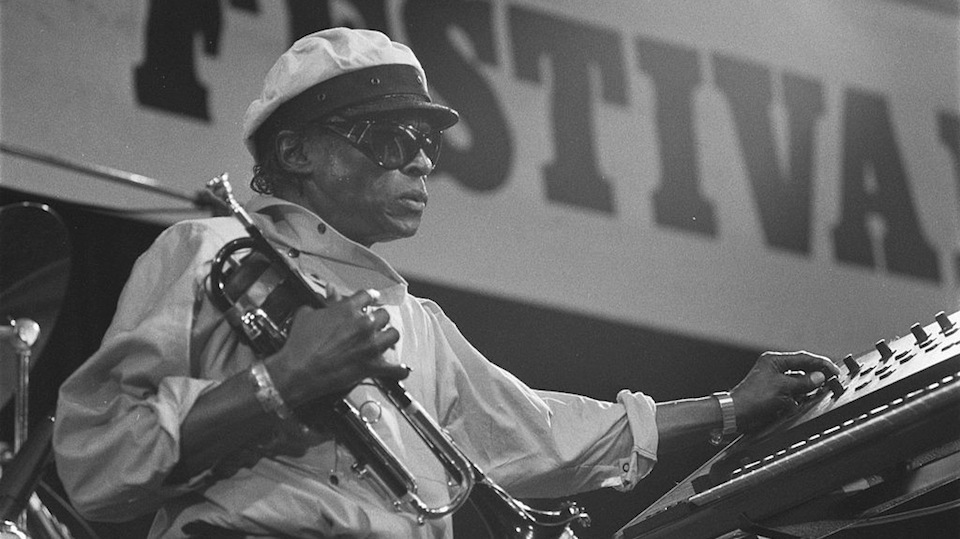 If you’ve ever felt that certain people were born with more than their fair share of talent, prepare to be impressed (and jealous) all over again. While the people on this list will go down in the history books mainly for their music (and maybe for their personal lives), that wasn’t the only medium they used to express themselves. From photography to sketches, drawings and cartoons, meet ten musicians who transferred their creativity from song to visual art.

According to Davis’s autobiography, art was a form of therapy for him, and he painted and sketched his whole life. In 1980, when he was at a low point in his career, his creativity, and his addiction issues, his wife, actress Cicely Tyson, encouraged him to take art up as more than just a hobby. Davis used his work on album covers and as a backdrop to his live performances, and in 1991, right before he died, some of his work was published in a book, The Art of Miles Davis.

Art was the only subject Yusuf was good at in school, where he was known as ‘artist boy.’ He even took a one-year art course at Hammersmith School of Art in West London and considered becoming a cartoonist. Although he ultimately chose music instead, he didn’t have to trade one entirely for the other: he designed some of his own album covers, including the 1970’s iconic Tea for the Tillerman.

Rock and roll would like to claim Wood for its own, but the guitarist insists that his first love was not the guitar but the canvas. He was only 12 or 13 when he took part in his first group exhibition, and he later attended North London’s Ealing College of Art. Wood kept up with his hobby throughout his time in one of the world’s most famous bands, who provided a lot of material for his work. Many of his paintings depict the Rolling Stones’ energetic live performances, but he also works on natural landscapes. And like Davis, he’s compared it to a kind of therapy.

Although every celebrity acts like a photographer today, thanks to Instagram, back in the 1970s and ‘80s — before digital photography and camera phones, thank you — Blondie’s Chris Stein was the real deal. In around 1967, he started at the School of Visual Arts in New York and took his camera underground to capture the lives of the musicians who were kicking off the downtown rock scene. It was there that he met Debbie Harry, with whom he co-founded Blondie in 1973. The band’s hectic lives became his main source of inspiration: check out his 2014 book Chris Stein / Negative for backstage photos and stories.

Lennon started studying at the Liverpool College of Art in the autumn of 1957 — just a few months after he’d first met Paul McCartney. Lennon didn’t get on with his professors, but he developed a drawing style that showed off his famous sense of humor and whimsical imagination. According to Yoko Ono, he could create a drawing in three minutes and had a habit of giving them away, although she managed to put together a collection, which is occasionally shown in galleries and even reprinted.

Best known to the public as the bassist for Sonic Youth, Gordon maintains that she mainly thinks of herself as an artist who happens to have been playing music for a while. She attended the Otis College of Art and Design in Los Angeles in the 1970s, where her friends included photographer Cindy Sherman, and in May 2019 her first solo art exhibit in North America opened at the Warhol Museum in Pittsburgh. Titled Lo-Fi Glamour in tribute to Andy Warhol, many of the pieces are inspired by her love of music and her time in the band.

Like Gordon, Mitchell sees her artwork as her true calling. And like many of the musicians on this list, she also went to art school, specifically Alberta College of Art and Design, but she only stayed for a year before dropping out, aged 19, to play music for $15 dollars a week at a coffee shop in Calgary. After her music career took off, she did find a way to combine her day job with her calling: of her 19 studio albums, 12 feature artwork by Mitchell herself.

It’s hard to believe that Mercury was born to do anything other than take center stage — but he did have a gift with graphics, graduating in 1969 from Ealing Technical College and School of Art with a degree in art and graphic design. Perhaps his most famous piece of art is the Queen logo, which he designed in 1973 before the band’s debut album came out. It incorporates symbols of the zodiac for all the band members.

Unlike the other musicians on this list, Smith didn’t go to art school. She studied to become an art school teacher — but her love for experimental styles instead of the curriculum’s classics didn’t go down well, and she dropped out. Instead, she moved to New York and started creating her own art, in the form of photographs, sketches, and poetry, later saying that unlike Mitchell, she felt drawn to all media equally.

Related: “Me and The Starman – A People’s History of David Bowie”

Bowie studied art, music, and design at Beckenham Technical High School in Kent, under Peter Frampton’s father Owen, leaving aged 16 to become a commercial artist. By then he’d been playing saxophone for three years, and he started joining bands. The painting picked up when the drugs did: inspired by Francis Bacon and Frank Auerbach, his work is often intense, dark, and dramatic. His first gallery show was in 1995. In addition to his own work, Bowie had an impressive collection of other artists, which went to auction after his death.