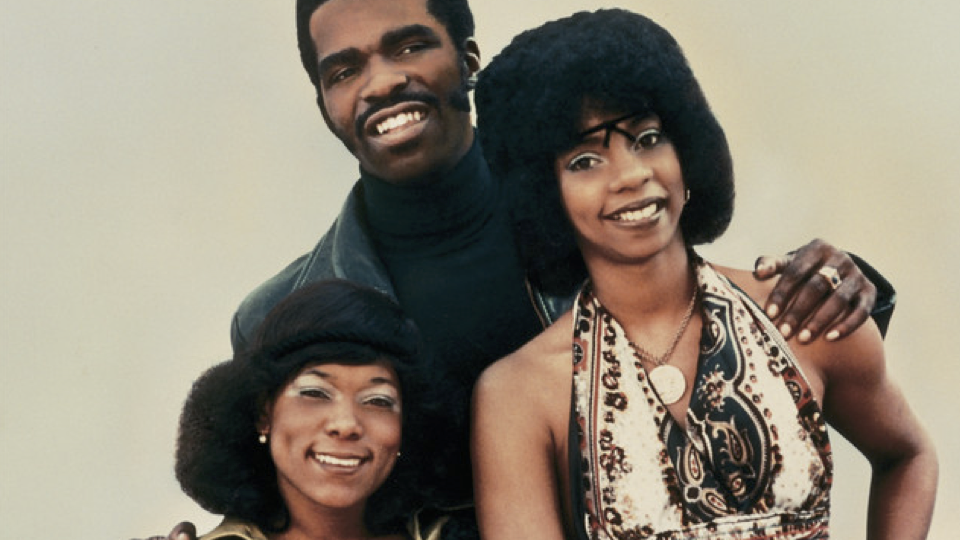 By the late 1960s and early 1970s, Motown was a hit-generating powerhouse, with a dynamite roster of artists including The Four Tops, Smokey Robinson & The Miracles, and The Supremes. During this period, the label was experiencing a creative renaissance, as writer-producers like Norman Whitfield and Barrett Strong were pushing the boundaries of the label’s established sound with socially conscious, psychedelic-flavored singles like The Temptations hits “Cloud Nine” and “Ball of Confusion,” while Marvin Gaye and Stevie Wonder were exploring deeper themes on albums like What’s Going On and Innervisions.

One of the groups that found success at Motown during this time was The Undisputed Truth, whose original lineup featured singers Joe Harris, Billie Rae Colvin, and Brenda Joyce Evans. Harris had performed with The Fabulous Preps, while Colvin and Evans were former members of The Delicates, and later sang backup on a number of Motown sessions. Norman Whitfield brought the trio together, and they were the first to record several of his ground-breaking psychedelic soul compositions.

The Undisputed Truth’s most well-known release is probably “Smiling Faces Sometimes,” a cautionary tale about false friends, written by Norman Whitfield and Barrett Strong. The song was first recorded by The Temptations, and included on their album 1971 Sky’s The Limit, helmed by Whitfield. The original version is a twelve-minute epic, featuring eerie sound effects and a sweeping, almost cinematic feel. The Undisputed Truth’s concise take on the song, featured on their self-titled debut record, runs about three minutes and sixteen seconds but is no less effective than The Temptations’ version. The impressive voices of Harris, Colvin, and Evans blend perfectly with the ominous soundscape created by producer Whitfield, along with the masterful instrumental work of Motown’s in-house band The Funk Brothers. “Smiling Faces Sometimes,” which evokes the mood of paranoia and distrust that was growing in the United States in the early 1970s, made it all the way to number three on the Billboard charts.

The Undisputed Truth disc also features the group’s versions of “Ball of Confusion,” “I Heard It Through The Grapevine,” and “Like A Rolling Stone.” Their second album, Face To Face With The Truth, includes another memorable Whitfield-Strong composition, “You Make Your Own Heaven And Hell Right Here On Earth,” as well as covers of Marvin Gaye’s “What’s Going On” and The Temptations “Superstar (Remember How You Got Where You Are).” As with “Smiling Faces Sometimes,” the recordings of these songs by The Undisputed Truth often sounded a bit different from the ones released by their Motown label mates. The group’s third record, Law Of The Land, features the original version of “Papa Was A Rollin’ Stone,” which became a huge hit for The Temptations, as well as covers of songs by Traffic and The Beatles. It was the last album to feature the original lineup, as Billie Raye Colvin and Brenda Joyce Evans departed the group after its release.

Joe Harris remained with the group throughout their entire existence, and Whitfield expanded the lineup with several new members for their next record, 1974’s Down To Earth. Singer Tyrone Barkley shared lead vocals with Harris, and the single “Help Yourself,” landed on the lower level of the Billboard Top 100 at number 63, while rising up to number 19 on the R&B charts. The album also featured the group’s versions of “Our Day Will Come,” and “Brother Louie,” a tune that was also recorded by Hot Chocolate and Stories. The Undisputed Truth released several more albums through 1979, and their last two records, Method To The Madness and Smokin’ were issued on Norman Whitfield’s label, Whitfield Records, which he started after leaving Motown. The group broke up in 1981 but left behind a legacy of groove-laden soul and funky R&B music.

“Smiling Faces Sometimes,” remains an essential track of its era, along with tunes like The O’Jays’ “Back Stabbers” another song that explores the darker side of betrayal and broken trust, which quotes the lyrics of “Smiling Faces” in its fadeout. “Smiling Faces” has been featured in films like Dead Presidents and Four Brothers, and the song has been covered by David Ruffin, Rare Earth (in versions which were produced by Norman Whitfield), Angie Stone, and Joan Osborne, who recorded the tune as a duet with Isaac Hayes for her album How Sweet It Is. If you’re looking for a powerful piece of vintage soul, “Smiling Faces Sometimes,” is just the ticket. It’s a song that doesn’t just get stuck in your head, it takes root in your psyche.