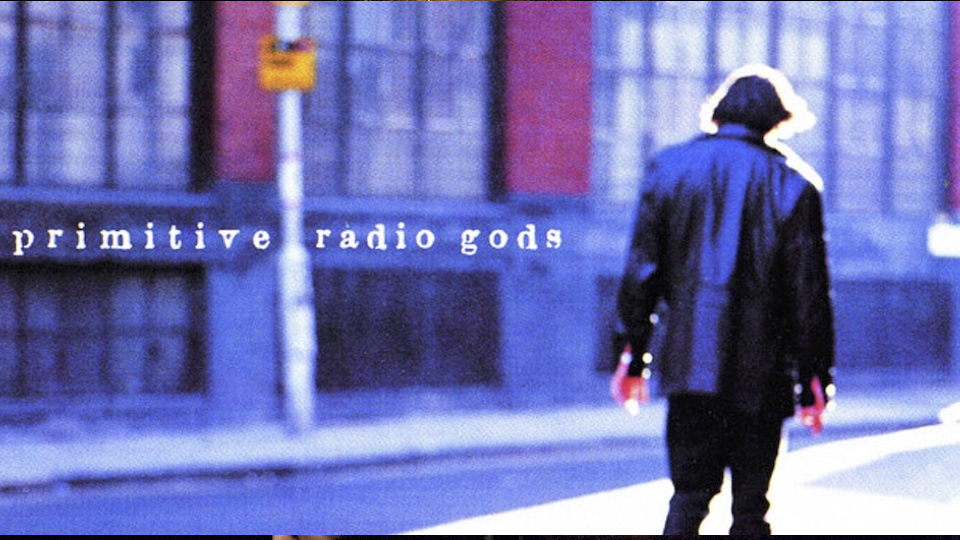 In 1991, Chris O’Connor tried to launch a rocket. One day in a friend’s garage, he cobbled it together from hip-hop beats, reverb, and sounds from everyday life. He had spent much of the 80s recording and touring with his band the I Rails and was eager to make an experimental record that allowed him to indulge his fascination with the increasingly popular practice of sampling.

Shooting for the moon, he shopped Rocket around to every major music label, without any takers. After it failed to launch, O’Connor shelved the record, quit music, and took a job as an air traffic controller at Los Angeles International Airport.

In a rather stunning act of prophecy, the third song on that shelved album featured the recurring sound of a 747 rushing overhead and of a pilot calling out through static. As an air traffic controller, O’Connor’s job was to be aware of the journey from the pilot’s point of view and from his own place on the ground. But before that, this song he wrote managed to capture with just a few somber and sparse piano notes the feeling of looking up at a plane flying overhead and longing to be lifted above the humdrum of everyday life, and, simultaneously, the arriving there only to look on wistfully as life carries on down below without you. Down there, weighted and immovable things gather dust, (moonlight falls on comic books and superstars in magazines). Delivery trucks, like the one that I Rails guitarist Jeff Sparks took up driving after the band broke up, keep the dry pursuit of commerce in motion, while we float through the vaporous philosophical questions (am I alive or thoughts that drift away?) that hover at 35,000 feet.

From the added distance of 26 years, it looks like another world entirely. “Standing Outside a Broken Phone Booth with Money in My Hand” was a title lifted almost verbatim from a song by Bruce Cockburn. O’Connor added the word “standing” at the beginning from a false memory, the way that new flyers overlap old ones on telephone poles. (The melody sounds a lot like Cockburn’s “How I Spent My Fall Vacation,” as if it were heard wafting over the fence from the neighbor’s old buzzy radio on a lazy summer day).

The song’s opening sound is of a cassette being settled into the tape deck, a sound that, from a certain generation, yields an almost Pavlovian response. It was a time when encounters (an old friend calls and tells us where to meet) lived or died based on whether or not you answered the phone, when you hashed out politics and religion on back porches and front stoops. Now the phone booths aren’t just broken, they’re gone.

Two years after recording “Standing…,” O’Connor left his post in the air tower, pulled the record down from the shelf, and sent it out to labels one more time. Jonathan Daniel, the A&R man at Fiction Records wasn’t impressed with Rocket as a whole. The majority of the record spiraled under the weight of its own overwrought lyrics and burned up in its own atmosphere of buzzing lo-fi drone. Its ambition and allusion to space travel were relics of the previous decade. But that third track glided perfectly into the cool, muted, mid-90s, glinting silver and crystalline with chill. It had, Daniel said fittingly, lots of “atmosphere.”

There’s something about a plane’s trajectory that is inherently familiar, as it mimics an innate journey we all take in life. We begin by bursting forth in a heady rush, a dauntless yearning climb, a clear vista of possibility stretching out infinitely ahead. Eventually, this gives way to a leveling off, a feeling of being neither up nor down. Plenty of pop songs deal with the thrill of the launch, or the fall-out of crashing and burning. O’Connor, by taking a single line from a live BB King track called, “How Blue Can You Get?” and letting it dissipate and echo across his clear, blue vista, manages to capture, sonically, the beginning of that slow descent. That bittersweet internal recognition: there is only so long we can stay up in the air. That we are not meant to stay forever in the clouds, that we must eventually get back to the task of earthbound living.

O’Connor said that Rocket was a record of his disaffection and “Standing…” kept the record hovering, suspended in that strata of the atmosphere where most of us live. Briefly brushing against wonder, between what we want and what we get, what was promised and what actually comes to pass, always aware that we are slowly descending back down to earth. The peak of the ride marks the slow descent to its end. I’ve been downhearted, baby, ever since the day we met.

The Ergo division of Columbia distributed the album, and O’Connor got the members of the I Rails back together to promote it under the new name “Primitive Radio Gods.” Though the song reached Number 1 on the Modern Rock charts, crowds who came to see them were disappointed by the other songs that bore little if any resemblance to the single. They never scored another hit.

In another instance of art not only imitating, but predicting life, as the song winds down, O’Connor, who thus far has sung timidly under his breath, takes a turn singing King’s part, a passion and a range coming alive and retreating just as quickly. What felt like an introduction to a talent we would be hearing a lot more from, gets swallowed in the deafening rush of the 747’s descent as the song fades out.

When asked what “Standing…” was about, O’Connor once said, “a light that never goes out.” Planes are almost rockets, and no matter how many times we confuse them, they’re never really stars. They’re more like songs than anything else. Marvels of craft that assembled just right elevate us into a higher altitude. Eventually, they both become part of the background of daily life and launch into the air and descend without much notice. As familiar as they might become, it’s still hard not to stop to look–or listen–in wonder.

0 comments on “The One-Hit Wonder File: “Standing Outside A Broken Phonebooth…””