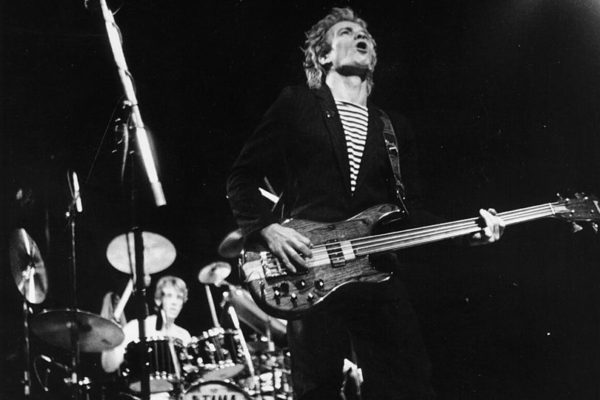 Hard to believe but The Police, that power trio that blasted onto the music scene in 1978 with a distinct brand of reggae-fueled New Wave, crested then disbanded after only five years. And during that time, the band only released five studio albums: Outlandos d’Amour, Reggatta de Blanc, Zenyatta Mondatta, Ghost in the Machine, and Synchronicity. The end came for two reasons: one, a shared belief that they had exhausted their future musical possibilities and two, Summers and Copeland felt marginalized by Sting. While there was a half-hearted attempt on a sixth studio album in 1986, that project was doomed when Copeland fell off of a horse and broke his collarbone, thereby leaving him unable to drum. And so, with a tip-of-the-hat to this short-lived super trio, here are five gems that merited their own 45s.

Next to You” from Outlando’s d’Amour (1978)
This song immediately drives up your heart rate with an up-tempo drum and Sting’s staccato delivery of the lyrics about going to extremes to get near the girl he loves. The break just before each chorus catches you off guard and the solo features a unique slide guitar effort by Summers. Given the manic pacing and the singer’s crazed claims about selling his car and his house and maybe stealing a plane, you get the feeling the guy with “a thousand girls before” will actually end up next to his girl. Or in jail. Or dead.

“Hole in My Life” from Outlando’s d’Amour (1978)
This pop-friendly ditty introduces listeners to Summers’ flanged and reverb reggae guitar style that would become a signature of later Police hits. Sting’s vocals lament what’s missing in his life before taking you to a bridge that’s smoothly delicious. Sure the refrain gets repetitive, but that just makes the lyrics easier to learn quickly. Clocking in at over four minutes, this could’ve been a radio epic for The Police akin to Donna Summer’s “MacArthur Park” or Lynyrd Skynyrd’s “Free Bird.”

“Canary in a Coal Mine” from Zenyatta Mondatta (1980)
With its solid reggae progression, catchy chords, and some seriously tight harmonies, this short (2:28) song entertainingly calls out someone who is either a hypochondriac or maybe an agoraphobe. This is classic Police that shows off one of their greatest strengths: take a simple repeated chord progression, stir in an Andy Summers’ clean lick over each chord, add a plucky percussive guitar pattern that matches a surprisingly conservative Stewart Copeland drum beat, then presto! A catchy and unique tune. And, to give you a break from the dizzying speed of the lyrics, right in the middle there’s a break where someone just patters on a few piano chords. You get two-measures of calmness then we’re right back at it. Great, tight little tune.

“Masoko Tanga” from Outlandos d’Amour (1978)
Primarily instrumental, this hefty nearly six-minute piece is a showcase for the technical abilities of the band. In it, they take a steady, stylistic reggae beat and mash it into your brain with a mallet. Sting’s vocals— more sound than sense — switch between babble and often incoherent passages. You’ll hear lyrics like “Keyboard is a mo day la, a key word is a mo way la” followed by “I pissed on my wall or my door!” It’s a clever way to lay out a melody between some of the speediest bass playing ever. Sting’s bass work can easily stand up to anything you’ll hear from Rush’s Geddy Lee (gasp!). Also you’ll be amazed by how Summers matches up with Sting’s bass licks with just-as-challenging fills. The song devolves into bongos that morph into what sounds like a digital representation of the same. What’s it all mean? Who knows.

“O My God” from Synchronicity
The third track on the final studio album of The Police fades in with relaxing waves synth effects. But the eventual words prove more spiritual than technological as Sting promises to pray more if God will fill the space between the two of them. The song repeats the softly sung end of “Every Little Thing She Does Is Magic”: “It’s a big enough umbrella but it’s always me that ends up getting wet.” Sting’s frenzied saxophone solo mellows into a mournful closing. Could there be a better song to cap their amazing career?

7 comments on “The Police: 5 Songs That Should’ve Been Singles”