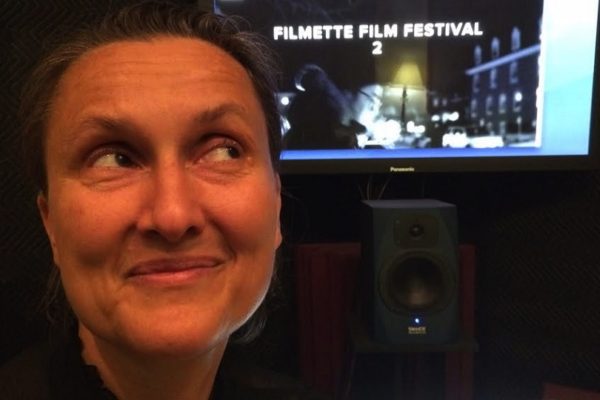 Q: What was the inspiration for the Filmette Film Festival?

A: I’ve been working for years now in independent film and in that time I’ve met many filmmakers who have given their whole heart — and their own money — to films that didn’t fit into traditional platforms because they were either too short or too long. Two in particular stood out for me: Irene Sosa’s Vertical Slum and Marty Lucas’ Hiroshima Bound. Why weren’t they getting seen, I wondered. It seemed so heartbreaking. Irene really risked her life in making her film. It was passionate and courageous yet it was an unusual length. But requiring a length is like telling visual artists that their work will only be shown in galleries if their canvas has certain dimensions. That would be ridiculous.

Q: Was there a “filmette” that especially surprised you last year?

A: I think Mara Mara, a narrative film by the Spanish filmmaker David Aguilar Inigo. It was basically a silent movie with a lot of snow and a woman dying. Very dark and poetic. Also 2×2 by Holly Fisher with a gorgeous score by Lois Vierk. That one was experimental with wonderful colors. I liked one festival co-founder’s remark: “If my brother would see this he would just say over and over WTF, WTF…” I like movies like this.

Q: Most of the films your first year were documentaries. Is there something about that type of film that lends itself more readily to unusual lengths of time?

A: Documentaries are definitively more inclined to be different movie lengths. Most feature screenwriters, directors, and production companies follow very defined and approved times, and if they don’t meet the required lengths then they can create more dialog for example. But doc-makers can’t bend the material so much and have to work with what they have. For example sometimes they can’t have retakes of interviews and if there are only 5 minutes, there are only 5 minutes.

Q: Can you tell us a little about your own background in film?

I’ve worked since 1996 in film as a sound designer, music editor, composer and mixer. And sometimes ADR recordist, boom operator on location, picture editor, script supervisor. Both union and non-union over the years. I worked with Martin Scorsese on Hugo, I worked for Rob Marshall on Chicago, I worked for Robert Duvall on Assassination Tango and Sophie Barthes on Cold Souls. I love all good movies. From big budget to small and experimental shorts.

Q: What do you when you’re not working on films?

A: Compose music. I just had a song-play, History of Madness: Michel Foucault or why did he need so many words premiered at Roulette in Brooklyn earlier this year. Right now I’m composing a piece for Anna Clementi which will premiere in Rio this fall. But I’m also still working on original music for a film: Kathy Brew’s upcoming movie about the sculptor Seward Johnson. He’s an artist that the critics hate but the public just loves. And it really makes you think, is this art or not? And you refuse to think this is art.