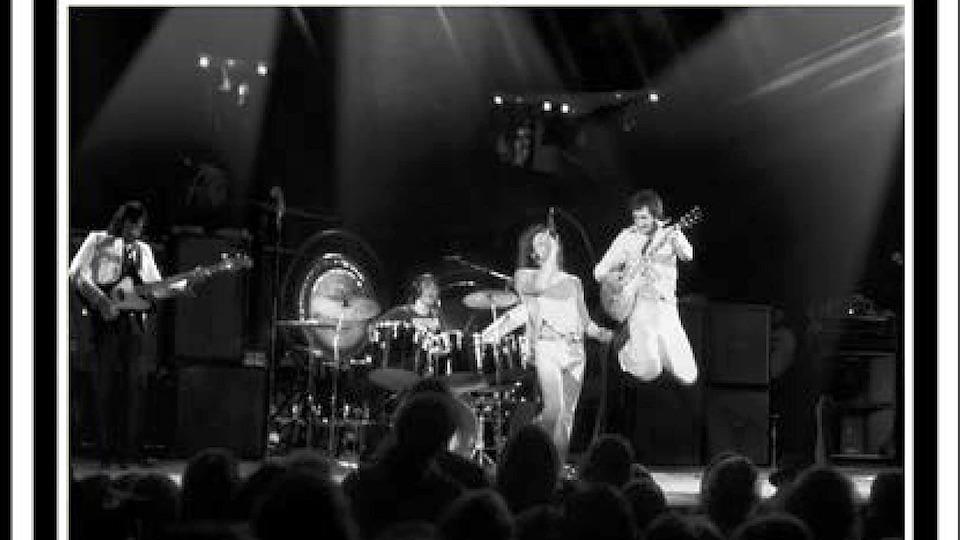 The rock concert: we put on our favorite band shirt and wait for the lights to go down to watch the performers who created the soundtracks of our lives. That experience is like no other.

Marc Myers takes us on a journey from the genesis of the term “rock ‘n’ roll” to the epic Live Aid relief benefit in Rock Concert: An Oral History as Told by the Artists, Backstage Insiders, and Fans Who Were There. In his book, Myers shares the stories of the artists who were at the front of the stage, like Joan Baez, Roger Waters, Todd Rundgren, and Ronnie Spector. Additionally, you’ll hear from concert promoters, stagehands, club owners, graphic designers, sound engineers, and others who worked to bring the concert experience together.

Beginning in the 1950s, Myers explores how Alan Freed pioneered a music revolution by playing R&B artists on his radio program. He started record hops which eventually led to larger concerts. Then, Elvis Presley burst on the scene, creating pandemonium among teens and young adults.

In the 1960s, rock ’n’ roll quickly gave way to pop and soul until Bob Dylan went electric in 1965. The emergence of FM radio and the popularity of the rock album changed things up later in the decade. There were outdoor festivals like the Human Be-In, Monterey Pop, Woodstock, and the notorious Altamont Free Concert. Chris Stein, Blondie co-founder, guitarist, and songwriter shares his Woodstock adventures.

During the 1970s, record store chains like Sam Goody and Tower Records appeared. This allowed rock to fragment into subcategories and find new audiences. Album sales went through the roof because there were better stereo systems and new formats like cassette tapes and 8 tracks. Rock music began a metamorphosis when the Beatles broke up: more bands and concerts meant more news. Suddenly, music journalism turned more serious and magazines such as Rolling Stone and Creem emerged. The Rolling Stones were the first band to move from arenas and dominate stadiums.

The 1980s revolutionized everything with better sound systems and immersive concert experiences (Pink Floyd’s The Wall is the perfect example). Computerized ticketing became more advanced and available. There was also the advent of a music channel that would shake everything up. Mark Goodman, an original MTV VJ from 1981 to 1987, told Myers, “Music videos offered fans a new way to see their favorite artists, and they provided new artists with a new avenue to invade a fan’s consciousness…I still believe that the 24-hour format of MTV created a universe and urgency for live music unlike anything American Bandstand or The Midnight Special could ever do. We allowed music to grow in ways no one imagined.”

Live music changed after MTV. The slickness of videos pushed acts to give audiences a show and a look to go with the image. The author chose the epic benefit concert Live Aid to wrap everything up.

At the conclusion of Rock Concert, Myers lists fifty of his favorite documentaries, live albums, and concert films that identify each decade and mark milestone moments in rock.

There is so much more to be read in these pages. Simply put, it describes the evolution of a lifestyle and movement more than anything else. Rock Concert will speak to anyone who has experienced the wonder and amazement of live rock.

Photo: Image of The Who from “Rock Concert”

1 comment on “The Rock Concert – A (Crazy) Oral History”