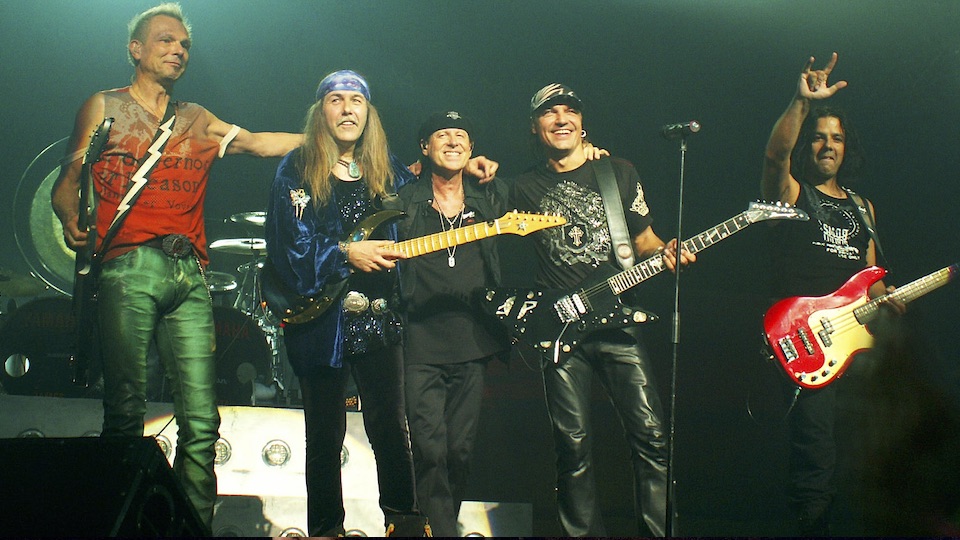 After two years of a global pandemic that changed the way we interact, there was hope as we moved into 2022:  COVID was still here, but we’ve seen dropping numbers (relatively). The return to normalcy, or at least a degree of it, seemed to lie just around the corner.

Then, a war exploded in Eastern Europe, and that idea went out of the window. If anything, this war has revived old fears and anxieties.

It’s easy to feel like we’re on a spiraling descent into chaos… and yet, not so long ago, it was just the opposite: not only did positive change happen, it happened faster than many expected. Consider the “Spirit of 89”, as author Francis Fukuyama called it; one song, in particular, captured the sense of hope and optimism that existed then, if only for a short time. It was “Wind Of Change” by the German group, The Scorpions.

It wasn’t unheard of for metal and hard rock artists to release an occasional sentimental ballad; Guns N’Roses did it, so did Alice Cooper. It wasn’t even the first success for The Scorpions in this subgenre (urban legend states that “Still Lovin’ You” caused a small baby boom in some countries).

“Wind Of Change “was a completely different animal.  It captured the bubbling feeling that, after decades, the Cold War was about to end, and something better wasn’t far behind. Inspired by a music festival that took place in Moscow, Scorpions frontman Klaus Meine said, “The idea came to me in the U.S.S.R. when I was sitting in the Gorky Park Center one summer night, looking at the Moskva River. The song is my personal reappraisal of what has happened in the world in recent years”, as he stated in the publication Friede, Freude, Hasch und Perestroika (Peace, Joy, Hash and Perestroika).

It was the right song at the right time. Recorded in 1990, after the fall of the Berlin Wall, the stoic witness to the Cold War icon crumbling down was an image some didn’t even know could happen.

The song was a huge hit; not only was it their highest charting single, but it’s also considered one of the best-selling singles of all time. Once “hope” was in vogue, many shared the feeling. Not only did the authoritarian regimes in Eastern Europe fall, but the video for the song also shows Nelson Mandela being released and protestors in China’s Tiananmen Square.

Optimism ran high. As naive as it might seem in hindsight, it seemed like the logical conclusion: the victory of freedom and democracy over authoritarianism and repression.

Still, “Wind Of Change” represented something beyond the very specific themes it touched; it was more than just “the anthem of the fall of Communism,” it became a chant of hope. Even if the troubles run deep, they can be fixed; things can improve, no matter how long it takes.

There’s a special type of irony in the current events in Eastern Europe: the region that fueled this piece of optimistic art still has problems. Listening to those words, “Did you ever think/That we could be so close, like brothers?” is especially painful.

And yet, seeing a modest nation being able to fight back against a brutal invasion, still reminds us about that “Spirit of 89,” when a German band could sing, with not even the smallest amount of cynicism, a ballad about how change was not only unavoidable but something to be faced without fear.

That spirit might be dented, but only time will tell us if it’s truly dead. And who knows?  Maybe the wind of change will blow once more. Let’s hope that this band’s words are not discredited, just merely delayed.

0 comments on “The Scorpions’ “Wind of Change” Then…and Now”