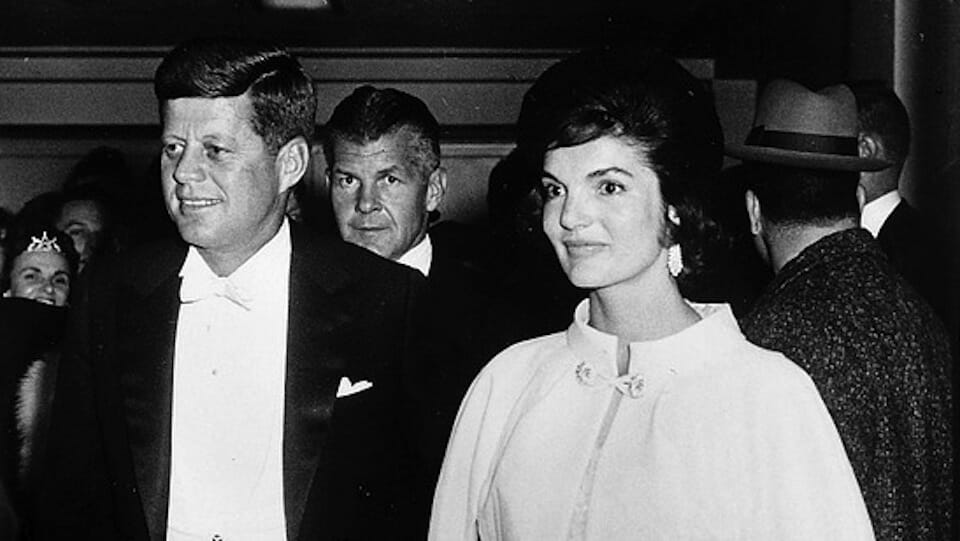 Before he was a spy, Paul Christopher was a poet. His girlfriend knew that. It was why she loved him: “dHe had once been able to describe how he felt.” In The Tears of Autumn, Paul still writes — juicy cover stories for a magazine that sounds like TIME. The magazine’s editors don’t know what Paul really does, or how crucial he is to the CIA, or how, as the calendar turns to November in 1963, he is on to a developing story in Vietnam — Ngo Dinh Diem, leader of South Vietnam, has been talking to Ho Chi Minh, the Communist leader of North Vietnam. If these conversations lead anywhere…well, the United States wouldn’t like that.

In Paris, visiting his spymaster, Paul meets a close colleague of the President. The man has seemingly cloned John F. Kennedy Jr. He is brash. He uses words like “freedom.” He talks excitedly about “action.” When Paul suggests that sometimes it’s best to do nothing, he snarls: “Buddy, that’s not the style any longer.”

So Paul is not surprised to learn, on November 1, 1963, that Diem and his brother Ngo have been assassinated — and that the killer sped off in an American armored personnel carrier.

Three weeks later, Paul is in the Congo when Jack Kennedy has his brains splattered over a Lincoln during a motorcade. Paul weeps — less for the man than for the country. And then, after thinking about it for ten days, he “saw the truth” in a hotel room in Siena.

He knows who killed Jack Kennedy.

This is a novel. No reason to take it seriously. On the other hand, Charles McCarry was a deep-cover operative for the CIA for a decade. He knows tradecraft. At the very least, he’ll provide an exciting ride for Paul Christopher — his fictional double — as he tries to prove his thesis. [To buy the paperback from Amazon, click here. For the Kindle edition. click here.]

And what is his thesis? I’m not about to spoil your reading of this thrilling novel, but I’ll share one of McCarry’s few early hints: “Christopher had seen many men die for politics, and he knew that politics was merely the excuse their murderers used. Men killed not for an idea but because they could not live with a personal injury.”

Well, thanks a whole lot, Mr. McCarry! Jack Kennedy had personally injured a great many people: Castro, the New Orleans mob, Texas oilmen and the CIA, to name just a few. Indeed, in another fine novel about the Kennedy assassination —American Tabloid, by James Ellroy — there are so many people who want Kennedy killed it’s amazing they don’t stumble into one another in Dallas.

Of the reasons to devour The Tears of Autumn, whodunnit turns out to be the smallest. That is because McCarry is an exceptional writer, and he has created in Paul Christopher a spy worthy of John le Carré. Paul doesn’t carry a gun. He won’t betray an agent. He won’t help a regime that tortures political prisoners. For a guy who’s physically fit and courageous in the usual manly ways, he’s astonishingly thoughtful. And he’s not unique; in his branch of the CIA, there’s a real commitment to The Code.

This is the Code: “They had no politics. They had no morals, except among themselves. They lied to everyone except their government, even to their children and the women they entered, about their purposes and their work. Yet they cared about nothing but the truth.”

And what is the value of the truth? Not much. “Their work had taught them that truth, once discovered, was usually of little use: men denied what they had done, forgot what they had believed, and made the same mistakes over and over again.”

What, then, is the value of Paul Christopher’s work? Simply this: He had “learned how to predict and use the mistakes of others.”

In short, we are reading a cautionary tale. Peppered with terrific details and observations. Leavened with romance and even some credible sex. But in the end: a deep look into the way things really work, and why, and where ‘the people’ stand in relationship to their leaders. [To buy The Tears of Autumn from Amazon, click here.]

A shocking fact about this book: It was published in 1974. It was a bestseller. It sold 500,000 copies in paperback. It was translated into a dozen languages. And then, for decades, it disappeared. As did all the other novels by McCarry. Among their themes: a President who is a charming sociopath… Arab terrorists who hijack planes and use them as bombs…. an election stolen by voting machines. Give him this: at the very least, McCarry has the gift of foresight.

If you like spies and thrillers and historical conspiracies, this should be the next book you read.