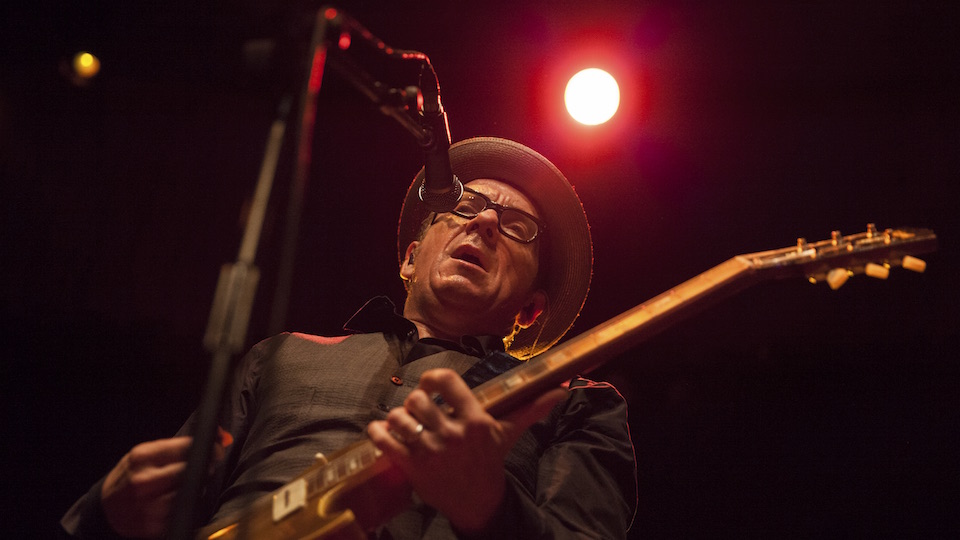 Earlier I wrote a post about Elvis Costello’s unheralded songs for CultureSonar. It received a lot of response, and many of it came from E.C. diehards who said that there was nothing there that they hadn’t heard many times before. So here I am, at it again, looking to unearth some more examples of Costello’s brilliant songwriting that might have escaped your radar. My first thought was that I could do about five of these lists and still come up with songs of his that deserve more recognition. And my second thought: Chances are, even though some of these never got further than the demo stage, his biggest fans will be all over me again, claiming they have these songs on constant replay. Let’s take a crack at it anyway.

Elvis wrote this one with Dusty Springfield in mind, and Dusty did indeed record her own version. Yet Costello’s own version, which he released as a B-side, stands out. It’s not as lyrically ornate as some of his other compositions, but the directness works for this one. After all, he’s talking about heartbreak here, and sometimes telling it like it is in that situation is a better way to unburden yourself than getting elaborate about it.

Truth be told, this one might not be as obscure as some of the others on this list. But it deserves prime mention on any short list of Costello’s finest songs, even if it doesn’t appear on many Greatest Hits packages of his. One of the highlights of his excellent 1986 set King Of America, this accordion-laced track tells the story of a pair of British girls who moved to America, with all the excitement and regrets that went along with it. But Costello turns it around brilliantly at song’s end to speak to his own feelings of displacement and homelessness.

This song was originally commissioned for use in the movie Absolute Beginners, which is known for David Bowie’s stellar title song. For some reason, Costello’s song was turned down by the producers, leaving it to go unheard until the Rhino reissue of King Of America. It’s too bad because it’s a melancholy gem. With the quiet piano backdrop, it’s somewhat reminiscent of the torch songs that Costello would deliver on his underrated North album. The beauty of the song really shines in this quiet setting.

Coming from 1989’s Mighty Like A Rose, a polarizing album in the Costello catalog, this track features an instrumental section straight from an Elizabethan fair. Yet somehow that works with the main section of the song, as Costello coolly dissects the meeting of a schooled lothario and an apparently innocent girl. By the time the song builds to its stirring chorus, you’ll be in doubt about who actually came out on top of this contest of wills.

It was a bit of a goofy project: a bunch of songs imagining the letters written to the Shakespearean heroine Juliet Capulet performed with a string quartet. But if you forget about the concept, Costello and the Brodsky Quartet managed some real alchemy on several of the tracks from The Juliet Letters. Best of all is this one, co-written by Elvis with Brodsky members Michael and Jacqueline Thomas. The string intro is as catchy as any guitar hook and the melody as tight as any pop hit, as the song transcends any classical music trappings.

Costello’s brilliant collaborative album with Burt Bacharach featured “God Give Me Strength,” which, with its towering evocation of sorrow, sort of became the standard-bearer for the whole project. But the title track, although subtler and more restrained, hits the heart bone just as hard. A man hopelessly tries to chase away the memories of his own love, yet his life only seems to make sense when he is thinking of her. It’s a conundrum that we know this poor soul will never solve.

In the late ’90s and early aughts, Rhino Records put out an excellent series of Costello reissues with bonus tracks galore. This heart-rending demo can be found on the extra disc that’s found with the package of All This Useless Beauty. A co-write with Paul McCartney, you might recognize the song from the overproduced version Macca put out on his Off The Ground album. Much better is the Costello solo outtake where he harmonizes with himself and it strips the song down to its tender, bereft beauty.

Related: “When A Beatle Wrote with Elvis”

Another one of the outtakes that surfaced on the All This Useless Beauty reissue, this one again finds Costello in broken-hearted mode. It’s always the mark of a great songwriter when the songs that are considered throwaways by them could easily rank as standouts by others. This one sounds like it was intended as a kind of Roy Orbison homage, complete with a melody that soars off into the stratosphere, but takes so many lyrical twists that it comes out sounding purely, wonderfully Elvis.

As someone who writes about music on the internet, I supposed my ears burned a little when I heard this searing take on faceless critics. Yet I couldn’t deny that Costello had done the subject matter savage justice. He summons some of the old fierceness here, surrounded by old buddy Steve Nieve’s colorful keyboards, while the rest of the band charges fearlessly into the breach. “You sit in judgment and bitch,” Costello sneers. “You’re nothing but a snitch.” Ouch!

This track from National Ransom takes the wanderings of “American Without Tears” to the next level, as the narrator talks of several exotic locations. Yet for every stop on his world tour, he seems to get a little bit lonelier, a feeling exacerbated by the whining steel guitar peeking through the arrangement from time to time. Costello throws a lot of 10-cent words into the lyrics, as he is wont to do. But nothing hits home quite as devastatingly as when his protagonist sings, “Life’s no pleasure when you doubt the one you love.”

2 comments on “The Ten Best Elvis Costello Songs You Might Have Never Heard, Part 2”