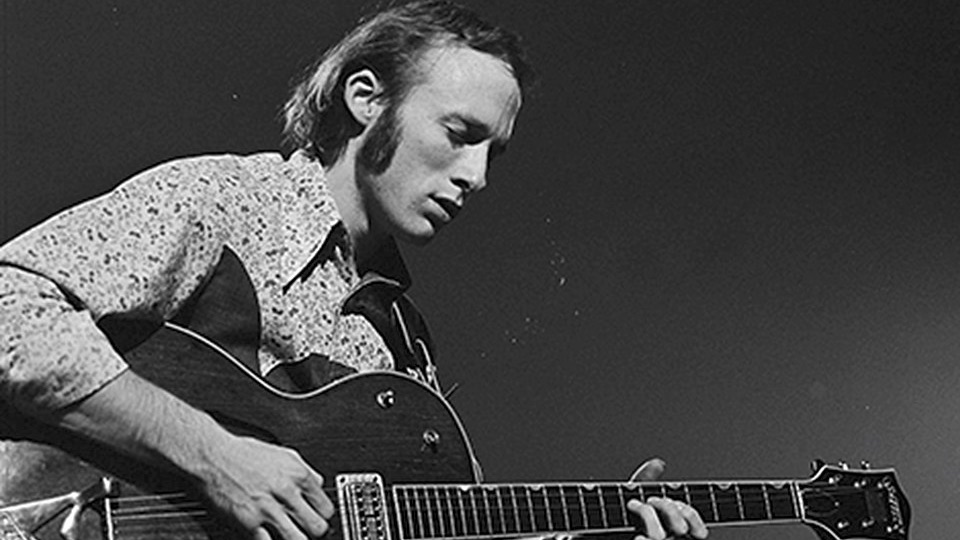 Stephen Stills is an artist whose profile is in no great need of restoration. Between his celebrated work with Buffalo Springfield, Crosby, Stills & Nash, and the augmented Crosby, Stills, Nash & Young, Stills has been nothing short of a household name for decades.

It could be argued, however, that during the early 70s, Stills was on a fast-track to a level of music reverence comparable to that of his old sparring partner, Neil Young. In fact, a quote included in the liner notes of Buffalo Springfield’s debut album markedly distinguishes him as the group’s leader. Indeed, it was Stills who was at the forefront of the band’s most enduring track, “For What It’s Worth.” Richie Furay would later remark, “It was Steve’s band: he was the inspiration, the motivator and the heart and the soul.”

When the Springfield busted up for good, Stills opted to continue working collaboratively, linking up with David Crosby and Graham Nash. The songwriters formed Crosby, Stills & Nash in a move that – for better or worse – would come to define Stills artistically for the rest of his life.

As it turns out, Stills would prove to be the de facto leader in this outfit as well, playing nearly every instrument on Crosby, Stills & Nash’s self-titled debut, which would become the trio’s most highly acclaimed work. Stills’ multi-instrumental capabilities and natural leadership would earn him the nickname “Captain Many Hands” among his bandmates.

Stills’ compositional input was also substantial. “Suite: Judy Blue Eyes,” with its far-off, treble-infused guitar, would set the tone for the band’s sound. This, along with tracks like “Helplessly Hoping,” put Stills’ talents as a songwriter on full display.

Lyrically, the latter tune makes extensive use of alliteration and wordplay to paint a distinct picture of the state of Stills’ personal situation. The masterful construction of the arrangement, paired with the delicately understated biographical elements appended therein, reveal a summit of songcraft seldom approached by modern practitioners of the form.

Crosby, Stills & Nash was released in 1969 to immense success and established a demand for the group to showcase their songs on the road. Impressive as it was, Stills’ hyperactivity in the studio created a logistics issue when it came time to replicate the material live. Greg Reeves and Dallas Taylor were brought on to fill out the rhythm section, but the issue remained that Crosby and Nash simply were not at a level, instrumentally, to keep pace with Stills. After much consideration, Neil Young was brought on board to fill the gap, and Crosby, Stills & Nash became Crosby, Stills, Nash & Young.

During the recording of 1970’s Déjà Vu, group members clashed frequently regarding creative direction, and five of the album’s ten tracks are devoid of any contribution from Young whatsoever. According to Nash, Young’s contributions were recorded and mixed in a separate studio before being brought to the group sessions for the tracking of harmony vocals.

The album’s release was followed by a tour during which – to the surprise of no one – inter-band relations deteriorated as a result of clashing egos. In an effort to ease tensions, it was decided that the members of CSNY would release solo albums. The records were well received, with Stills’ self-titled release proving to be the most successful. Many point to appearances from both Eric Clapton and Jimi Hendrix on the album as a testament to the respect garnered by the guitarist from his peers, and Stills remains the only musician in history to hold this distinction.

CSNY’s activity soon came to a halt, and Stills joined forces with Crosby’s old Byrds bandmate, Chris Hillman, to form the group, Manassas. With Manassas, Stills sought to flesh out the country and blues influences which could only be minimally explored within the context of the pop and folk-oriented Crosby, Stills & Nash.

Although technically a “supergroup,” the unit was essentially a vehicle for Stills’ material. This could be attributed to Stills’ domineering creative nature, as well as the fact that several of the band’s members were recruited from Stills’ own touring band. As such, the already-established rapport with these members was one of deference to Stills. Early sessions were fruitful, and the band quickly produced a double album’s worth of material, which emerged as the act’s debut record.

Though well-received, Manassas, along with its namesake band, have faded into relative obscurity over the years. The omission of this era of Stills’ career in the collective mind of the listening public acts as a substantial chip in the armor of his musical legacy. In fact, the widespread neglect of this material may be the catalyst of the current perception of Stills as a member of a popular group, rather than one of the era’s most significant artists who just happened to also work within an influential collective.

Manassas served as a showcase for Stills, particularly as a guitarist. The album switched from bluesy jams (“Jet Set [Sigh]”)  to toe-tapping bluegrass (“Don’t Look at My Shadow”) and back again at the drop of a hat.

Darker numbers such as “So Begins the Task” and the essential “It Doesn’t Matter” revealed that the sensitive songwriter behind some of CSN’s most poignant cuts was very much still intact. All seemed to be falling into place for Stills, who would refer to the record as “the best album that I’ve ever done.”

The good fortune of Manassas would soon begin to dwindle, however. Hillman became preoccupied with work on The Byrds’ reunion album, and subsequent sessions for a Manassas follow-up were fraught with issues. The resulting album, Down the Road, came and went with little fanfare, eliciting further insistence from Atlantic Records on a CSNY reunion.

They would get their wish, as Stills and company would indeed reconvene, continuing their collaborative relationship in various iterations throughout the ensuing decades. Stills now occupies a comfortable spot alongside his bandmates as rock royalty, though one can’t help but imagine what his profile might look like today had a few things gone differently during the 70s.

16 comments on “The Underestimation of Stephen Stills”