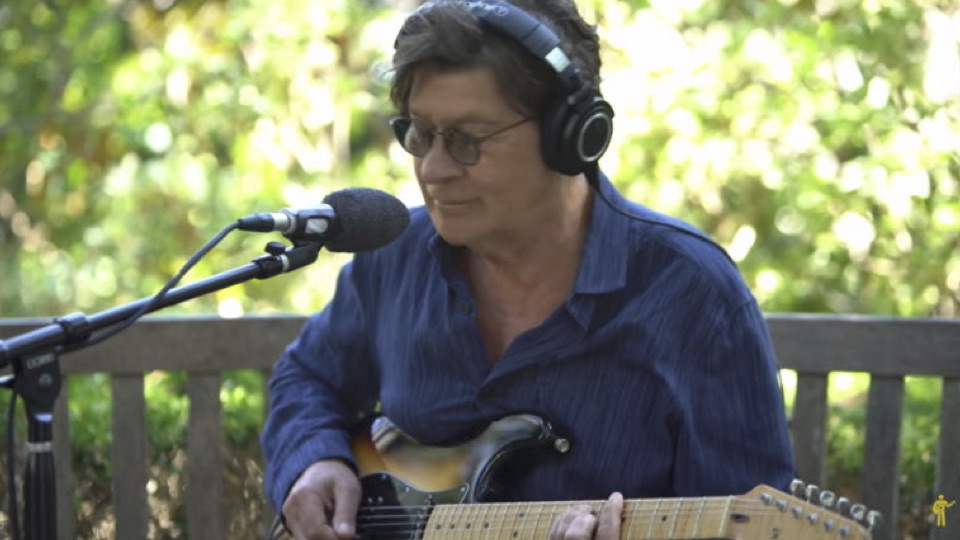 Fifty years ago, The Band released one of the most iconic songs in all of rock music, “The Weight.” Recently, it became the subject of a new viral video, when Robbie Robertson and Ringo — plus a host of international musicians – joined together for a “global” version of the track. This very cool project was courtesy of Playing For Change, a group dedicated to the power of music as a means to break down barriers between people, nations, cultures.  They call the series “Songs Around the World.”

While Playing For Change has done other multi-artist projects, “The Weight” was a much bigger deal. Over a nearly two-year period, Grammy-winning producer Mark Johnson (also a PFC co-founder) and his crew went around the globe to piece it all together. As he told Rolling Stone, “…we traveled the world with a mobile studio, great equipment, and some cameras and this one we started off with Robbie Robertson playing guitar. So we went into the studio and made a demo in the right key, the right tempo, so he could put on headphones and play along. And then as we traveled the world, we would deconstruct [the track.]…Everywhere I go, I’m putting headphones on musicians, and they’re listening to whatever preceded them and playing along. And that’s how we built it as we went from country to country. I think in this video, we went to about ten different countries.”

For those just getting to know Playing For Change, “The Weight” is not their first project. Their band of international stars has also jammed on “Stand By Me” and the Marvin Gaye classic, “What’s Going On.” Just for starters.

One of the most intriguing aspects of PFC is how it introduces stars from other musical environments. For every Bono, Buddy Guy and David Crosby, there’s an Alex Del Sol from Cuba and Dimitri Dolganov from Moscow, plus artists from Nepal, Bahrain, Japan, Italy and Soweto. Some are rock or jazz performers, some play classical or traditional instruments. The musical mash-ups are truly exceptional and well-worth checking out at their site.

Part of PFC’s mission is to broaden the impact of music around the world. Through their merchandise, a touring band and a membership program, they generate revenue which is plowed back into developing and supporting music and arts programs in schools around the world.

At a time when tensions are increasing on both the national and international scene, Playing for Change is doing their bit to bring some commonality via Songs Around the World. For their latest, the lyrics of “The Weight” prove incisive: “Take a load off Fanny…and put the load right on me.”

3 comments on “Robbie, Ringo and a Musical General Assembly”