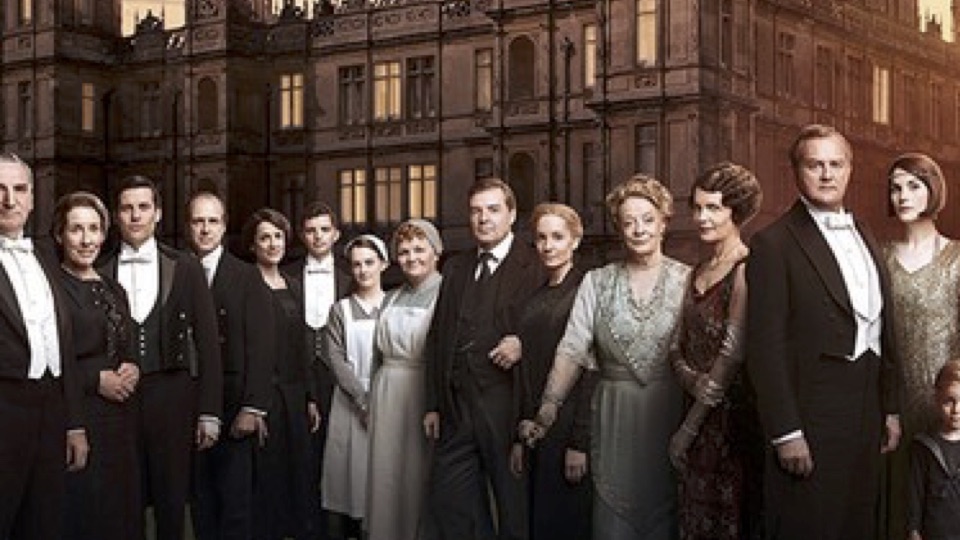 Julian Fellowes was an actor who wound up writing one of the more alluring British ‘whodunnits’ of the early millennium. Gosford Park (2001), a spiraling murder mystery imbued in the workings of the Empire’s social classes, won a rapturous following in America. Thanking the country for his “Best Screenplay” Oscar, Fellowes recognized an international market. And thus was born Downton Abbey, now rebirthed as a big-screen movie.

Writing a television series based on the British hierarchy, Fellowes reunited himself with Gosford’s Maggie Smith as Dowager in a household of nobles. The TV series won instant acclaim, winning six Emmy awards in 2011. That it co-starred an American ingenue (Elizabeth McGovern) brought a telling transatlantic appeal. Closing doors in 2015, calls and petitions still begged for a return. Fittingly, corresponding as it does with Netflix’s superlative The Crown and the recent real-life royal weddings, the plot of the big-screen Downton Abbey centers around the Crawley family welcoming the Windsors to their town (and home).

It’s not a perfect film, measured against Fellowes’ punchier script for Gosford Park. Downton Abbey seems lightweight in tone, aiming for an emotional and popular audience instead of an intellectual one. Anyone who wishes to delve into the political backdrop of 1920s Britain should look elsewhere.

Rather, it’s a credible translation from TV to the big screen, employing the collective talents of the original series. Hugh Bonneville still enjoys his position as Earl of Grantham, while the film mixes older faces (Elizabeth McGovern, Michelle Dockery, Laura Carmichael, and Matthew Goode) with newer (Imelda Staunton is an inspired addition). Prior knowledge of the characters is recommended, but with Smith’s cultural ubiquity, there are few with too little knowledge. With a stellar five series run, Downton Abbey has the right to aim at its core fan base, instead of the uninitiated.

What the film exalts is in elegance. Lushness awaits guests King George V and Queen Mary (Simon Jones and Geraldine James) in the kind of luxuriance befitting royalty. And then there’s the barbed wit courtesy of Maggie Smith. Director Michael Engler leads with an inventive eye, a  ballroom dance scene alone demonstrating why this episode belongs on the big screen. The lavish details are impressively authentic, recalling a Britain that existed when Queen Elizabeth II was but a baby.

It’s a two-hour treat of the British noble systems. Most importantly, the films is genuinely frothy escapism. At two hours, Downton Abbey does not compete with the TV series, but rather offers a story-line that ultimately matches it.

1 comment on “Downton Abbey, The Movie: Some Rich, Royal Escapism”