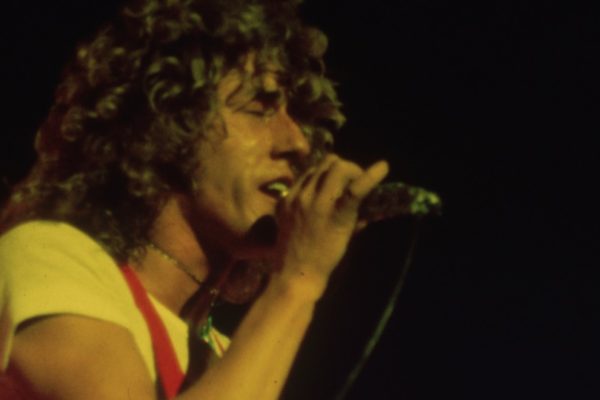 Previously tour managing Genesis couldn’t totally prepare Regis Boff for his stint with The Who — one of the biggest bands of rock’s ’70s heyday and also one of its wildest. After all, paying for trashed hotel rooms, unofficial police escorts to airports and other sundries were probably not in anyone’s Tour Manager Handbook, at that point. Which isn’t to say that The Who weren’t a seasoned, well-oiled machine. It’s simply that it took Boff a bit longer (and a few drinks poured over people’s heads) before he was accepted into the band’s inner circle. Here’s how he got there.

Q: How did you end up with The Who…

A: I got a call from Peter Rudge, tour manager for The Who and The Stones, so arguably the most powerful guy in America, at the time. He hired me to work for him as a fill-in when he couldn’t be with The Who. It’s nearly impossible to handle the egos of two great bands at once. I did my first tour with The Who with him in charge and learned how to do the deals and the settlements (fight it out, while the band is playing, and get all the money you contracted for). I knew how to do some of this — I did it with Genesis — but this was night and day. This was like traveling with one of the kings of France. It was a jarring experience. I’ll be honest, I was scared for two years. I was always scared of fucking up!

Q: Any moments stand out in your early days with The Who?

A: I had to be shown how to tip the police, who gave us an escort to the airport. Somebody had to show me how to give them the $1000 in cash! They weren’t allowed to take it, so it had to be done in a handshake. So, the first time I go to do it, it’s a wintry, stormy night and the head cop separates himself and I take the money in my palm and go to shake his hand, but he didn’t realize I had money in my hand and he shook it and all the money just flew out! 100 dollar bills flying all over the tarmac and the cops on their motorcycles chasing them! I headed up to the plane and the band are all looking out the windows laughing their asses off at me. I was mortified!

Q: Did that sort of thing endear you to the band, or did you spend years living it down?

A: No, what really happened with me was that they very slowly approached me over time. On the plane, I would tend to go way in the back, away from everyone, and pull out my books and records and computer and start adding things up, desperately worried that I had lost money. That was my big fear: that I had made a mistake. So, one time I was sitting back there, and this is halfway into the first tour I was with them (Ed note: so likely the ’76 tour) and John Entwistle walked back with a drink and poured it over my head. Then he calmly went back to his seat in the front of the plane and sat down. Now, everyone’s looking at me, so I got up and I go to the bar on the plane and pick up a bottle of something and walk up to him and, when he’s not looking, pour it over his head and walk back to my seat. So, he comes back to where I’m sitting, looks at me and says: “Alright. Never again, though!”

Q: Do you think that was their way of hazing you … breaking you in?

A: No, with a band like that, who’s been on the road for so long, it becomes “Them and Us.” It’s everybody else in the world and then the people inside the group. With a rock band of that stature, everybody changes around them. You can be a baron of industry, but there’s something about being around rock and roll that changes someone. It’s such an elixir. Nobody is himself, everyone appears false. Everyone’s trying to blow smoke up your ass and when you move from city to city you get a whole new set of assholes. Now, the band weren’t mean to these people at all. In fact, they were always pretty decent to them. And the band would physically fight with each other, but there was a general closeness between them and those immediately around them. And they had to respect me, because I had a real job: I was holding their money. They counted on me not to rob them; they counted on me not to lie and they counted on me not to tell their secrets.

Q: What was your main responsibility while the show was going on?

A: My main function, at that point, was to make sure to get the money before leaving the gig and to make sure the band got paid. With The Who, when the show started, I’d be up in the box office trying to settle the show and literally be listening to hear if all the kids were leaving, because in their case, it might mean that the drummer [Keith Moon] had passed out and the show was canceled and everyone would try to grab the money, run and try to settle it later!

Photo: Image of The Who by Hulton Archive / Stringer (Courtesy of Getty Images)

1 comment on “Tour Managing for The Who Has Its Challenges”