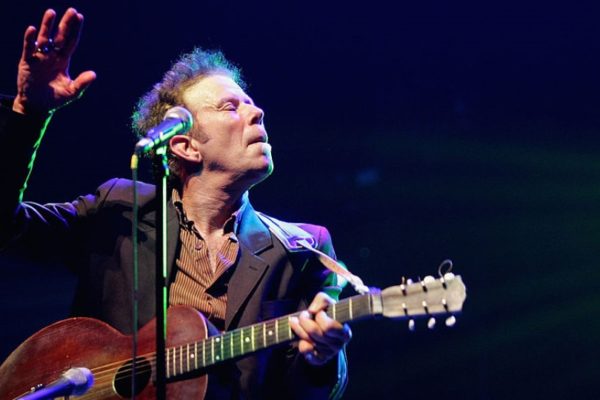 Sure, rock ‘n’ roll is at its core a rebellious, transgressive art form, one based on enfant terrible attitude and a healthy dose of iconoclasm. But that doesn’t mean that there isn’t any room for a little old-school spirituality every once in a while. So here’s a holy handful of songs about Jesus from the rock realm. Of course, some of these songs aren’t exactly coming at their subject from a conventional stance, but then you wouldn’t expect the likes of Lou Reed and Tom Waits to offer up anything that smacks of conventionality, would you?

1. Big Star’s “Jesus Christ”
Big Star’s Third/Sister Lovers was the point where the seminal power-pop band began to unravel in a brilliant way. One of the strangest records of its era by a relatively straightforward rock band, it fractured their sound in a dozen different directions. By the record’s eccentric standards, the band’s anthemic ode to the birth of the tune’s title character is comparatively normal-sounding, but it also overflows with gorgeous, pealing riffs and sunny melodies.

2. Depeche Mode’s “Personal Jesus”
They made their name as the premier practitioners of synth-pop, but by the end of the ’80s, Depeche Mode had shifted to something different, and “Personal Jesus” marks the transition point. Not only was it their first tune to put a guitar up front, it was based around a dirty, bluesy riff a million miles from the poppier provinces they’d been exploring. Lyrically, the song seems to be about the need for faith in an increasingly isolated world, so maybe the idea of a personal Jesus is about finding a savior in yourself or in others.

3. The Doobie Brothers’ “Jesus is Just Alright”
The Doobies had a hit with this track in 1972, but it had actually been cut by The Byrds three years earlier. Even The Byrds’ version was a cover, though; the original was recorded by crossover gospel group The Art Reynolds Singers in 1966. Seemingly realizing that the song, for all the incantatory momentum of its original version, basically consisted of just the same chorus over and over (as some gospel songs do), The Doobies added their own bridge, which surprisingly shifts both the tempo and the time signature quite effectively without tarnishing Jesus’ reputation a bit.

4. The Velvet Underground’s “Jesus”
Though the Velvets were best known for alternating raw, primal rock ‘n’ roll rave-ups with off-kilter experimental outings, their third, self-titled album was a quieter, more melodic moment for the band. Given both Lou Reed’s Jewish background and iconoclastic stance, it’s unclear how literally he intended this hymn-like request for guidance from Jesus Christ. But it doesn’t really matter — earnest or ironic, it’s still one of the most poignant songs in his entire canon.

5. Tom Waits’ “Chocolate Jesus”
Never mind your Easter bunnies, when Tom Waits wants a confection with a connection to the sacred, he goes straight to the source. This starkly minimalist, bluesy salute to the ultimate Easter candy (no, you can’t actually get it in stores) has also been covered by blues-rockers Joe Bonamassa and Beth Hart, so who knows, if the idea gets popular enough, maybe Waits’ weird dream will come true…

PS. While we’re talking about rock, you may also enjoy our posts The Who’s 11 Studio Albums: From Great to Glorious, Appreciating The Kinks’ Veddy, Veddy British Period, and The Top 5 Dylan Covers by The Byrds.