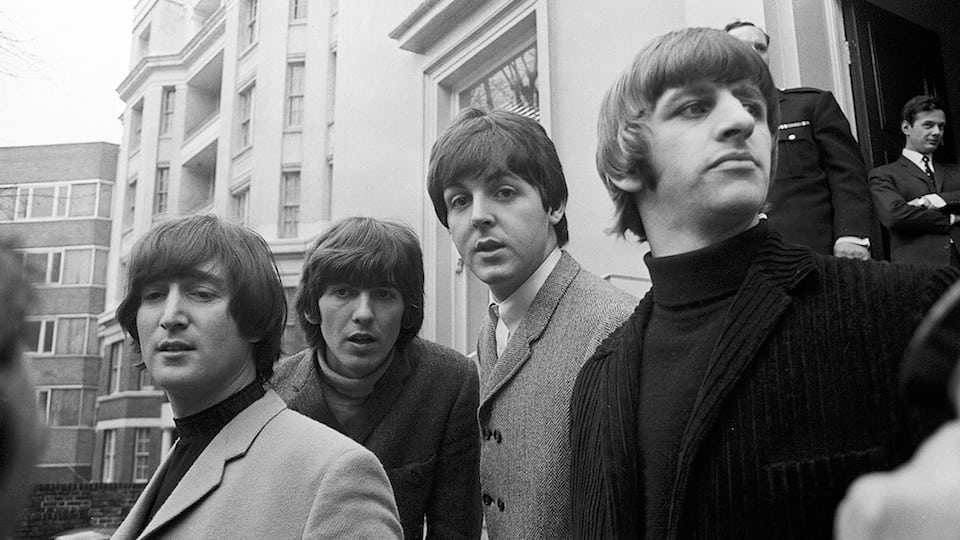 While Abbey Road will always hold a special place in my heart in part because I fell in love with George Harrison’s songwriting during my music theory classes in college, there’s actually something about Rubber Soul that keeps me coming back for repeated listens. Sure, the album is full of catchy, pop-rock and folk tunes, but it’s the female subjects at the heart of these tunes that make them among the most interesting the band ever penned. John Lennon may have nicknamed it “The Pot Album,” but Rubber Soul is preoccupied with cool women. And while the album marked a musical shift for the Beatles, it also represented their shifting attitudes toward women not just from song to song but Beatle to Beatle.

See Related: “From Zero-to-Masterpiece in 30 Days”

Gone are the sweet girls of earlier recordings like “She Loves You” and “I Want to Hold Your Hand.” Instead, we’ve now got independent women with jobs and sexual agency. Consider the album opener “Drive My Car” which centers on a beautiful, flirtatious woman telling the man he can be her chauffeur and then maybe she’ll love him. Like all good pop songs, it’s obviously a euphemism for sex, but by making the woman the pursuer rather than the pursued, the song feels shockingly progressive for 1965 (when the Pill was still illegal for unmarried women in the U.K.). This particular woman knows what she wants and goes after it. She’s a free spirit.

The subject at the heart of Lennon’s Dylan-inspired track “Norwegian Wood” is free-spirited, too — an idea perhaps emphasized by George’s use of sitar, a first for the Beatles and maybe Western pop. “I once had a girl,” John sings, “or should I say, she once had me.” Again the woman is the one doing the pursuing, inviting the man over. They talk and drink until 2 a.m., and she goes to bed without him, dashing his hopes. In the morning, she’s gone to work, leaving the man to set fire to her home likely out of revenge. This surprisingly dark ending highlights Lennon’s own conflicting feelings about alluring women; a theme carried out throughout the rest of his songs on the album. For example, on the marijuana-friendly “Girl,” he sings about a femme fatale who “you want so much it makes you sorry.” He both desires and resents her, because she makes him feel foolish around his friends. John’s first wife Cynthia believed the song was about her and the couple’s rocky relationship, but he always maintained it was simply about a “dream girl.”

The other three in the Fab Four all wrestled with relationship issues with women on their tracks as well. On “What Goes On,” Ringo Starr wonders about the inner thoughts of a woman who broke his heart. Paul McCartney’s “You Won’t See Me” and “I’m Looking Through You” express his frustration with then-girlfriend Jane Asher — pushing his writing in a far more personal direction than on previous albums. Meanwhile George’s cheeky “If I Needed Someone” assures yet another female pursuer that he’s happily committed, but if he wasn’t, she’d be first on his list. Even on “Michelle,” Paul conjures images of a sexy French woman who keeps escaping him. In all of these songs, it’s independent women who dominate; they’re active, not passive subjects.

And though Rubber Soul could be read as pro-feminist in many ways, it also contains one of the Beatles’ most misogynistic songs. Penned by John, the album closer “Run For Your Life” borrows a line directly from Elvis Presley, “I’d rather see you dead, little girl, than to be with another man.” By 1965 standards, singing about killing a woman out of possessive jealousy is questionable at best, but when viewed through the lens of 2018 and the #MeToo Movement, it’s disturbing, especially given the song’s catchiness. To his credit, Lennon later denounced this tune in a 1971 Rolling Stone interview, and towards the end of his life, expressed deep remorse for his past abusive behavior. Still, it highlights that however seemingly progressive their music was as a group, individually, the Beatles’ views and treatment of women wasn’t always open-minded and idealistic.

However, I imagine hearing the biggest band in the world sing about sexually-liberated women during a period of changing social mores, especially if you were one of their millions of dedicated young female fans (always the main arbiters of good pop music), must have been both shocking and thrilling. Whether the Beatles meant to or not, these songs send a message that female desire and independence are cool, acceptable (even if the Fab Four themselves had trouble accepting female rejection), and given the frequency with which they occur on Rubber Soul, just a normal part of life. It’s yet another way the Beatles were ahead of their peers.

Photo: John Lennon passes his driving test in Weybridge Paul McCartney Ringo Starr and George Harrison are there to congratulate him 15 February 1965 (Photo by Eyles/Mirrorpix/Mirrorpix via Getty Images)