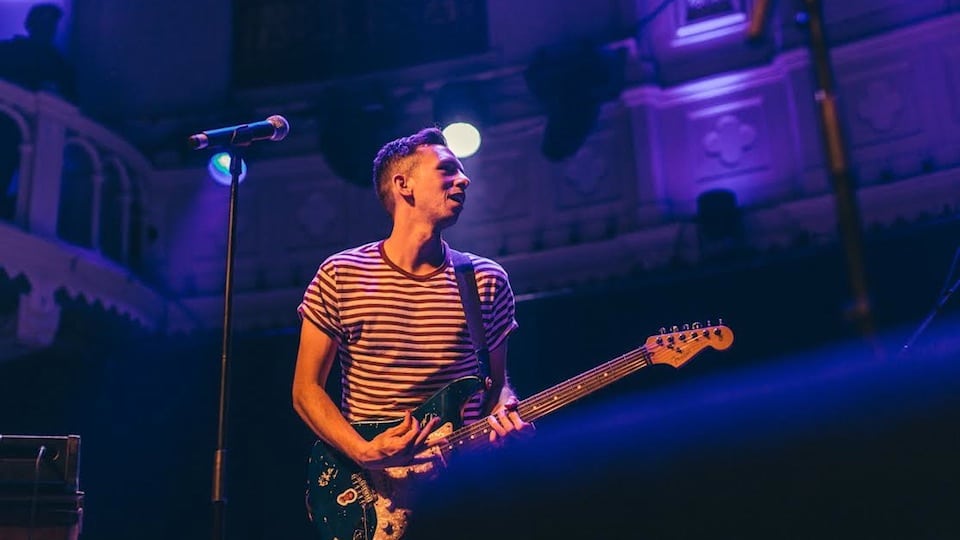 We’ll never totally get over the untimely loss of Prince Rogers Nelson but one musician who’s been carrying the purple torch in his own special way is guitarist Cory Wong. On his infectiously upbeat new LP The Optimist, Wong doesn’t just sonically reference the unmistakable work of his Twin City forebear, but has also enlisted quite a number of musicians who once played with the man back in the day. How cool is this cat? Well, the funk maestros Vulfpeck literally named a song “Cory Wong”! All it takes is one listen to make you a convert, too. Check him out.

Q: Some of the songs on The Optimist can get incredibly sexy. What is it about funk that makes everyone want to make out?

A: Hahaha, I think it’s different for different people. I respond to groove as a whole. Some people respond to the way that a whole vibe gets setup through the groove and the instruments and the sound.

Q: You’ve pulled in some major Prince talent for this release: drummer Michael Bland, bassist Sonny T, and the Hornheads. Given your appreciation of Prince, what would you say is his most underrated LP?

A: Oh man! That’s hard to choose. I am such a huge fan of his, and fortunately, since I’ve grown up and cut my teeth in Minneapolis, I’ve played with and learned from guys who were “Prince alumni” since I first got started. I am a huge fan of his early work. I love the raw and realness of Dirty Mind. There are some really interesting musical things happening on that album, not to mention some really simple groove things that just feel so great!

Q: Where’s your favorite place to play in the Twin Cities?

Q: Your song with Vulfpeck – named literally “Cory Wong” – has nearly 2 million plays on YouTube. How’d this come about?

A: This started as a jam that we did for a VLOG video. It was actually the first time that I ever played with Joe Dart. When Vulfpeck first started doing shows, it was just the four original members of the band. They would perform that tune live and fans would upload it on YouTube as “the Cory Wong jam.” We were in Ann Arbor doing sessions for The Beautiful Game album and Jack wanted to do a full proper version of the song. We recorded it there; then that summer we did a two-night stint at The Teragram in L.A., which was the first live show I ever played with Vulfpeck. We played it live, and Jack was doing a multi-track recording of the evening. When the album came out, I heard it switch over from the studio recording to the live thing, and then back again. Instantly I thought, “Woah!?” I knew exactly what he did; because the part where it switches to the live recording, he says “go quarteto,” and I improvised this little gospel quartet style riff. It was a completely spontaneous thing that had never happened and I’m glad it ended up on the record. Now it’s just turned into the bridge of that song. It’s pretty fun.

Q: You’ve got a full tour schedule this summer and fall. How do you handle the vocal duties since you’ve got Ripe’s Robbie Wulfsohn on “Light as Anything,” Antuan Stanley on “Jumbotron Hype Song,” and KATIS on “Juke on Jelly.” Do you have a go-to vocalist who can handle all the duties?

A: Antwaun comes out on the road with me occasionally, which supercharges the whole show. If he’s not out with us, I do a fun, live green screen projector thing where he’s up on the screen or other singers are on the screen. I have all the green screen footage and recordings from the real sessions, and we just sync up to that. It’s a really fun way to do it. That being said, if I don’t have a projector or a singer…it’s my job as a frontman/entertainer to keep the night moving and alive. I love doing it, and musically we carry the night so it’s a blast either way!

See Related: “Get the Funk Out of Here: The Most Sampled Drum Track of All Time”

Q: You’ve developed a rep for enjoyably quirky green screen videos for your songs. But if you could have any director helm your next music video, who might it be? Which song would you want them to tackle?

A: I remember as a kid watching MTV all the time and being obsessed with music videos. At the beginning and end of videos, they would show simple credits for the video and I always saw the name “McG” as a director for videos that had an interesting vibe and color palette. I’m a ‘90s alt-rock freak, so I would have to go with him.

Q: You’ve been in the music business for 20 years or so. Can you name all the bands you’ve officially been a part of?

A: Hmmm…I don’t really have any “bands” that I’ve been an official member of. Vulfpeck is funny because at its core…it’s Jack. There are the four guys that were there from the start, and then there’s a few of us who joined up along the way. I don’t know what it really means to be an official member of a band. I’ve played for a lot of famous singers and groups as a sideman/hired gun, but I’ve never had an official band. That’s kind of a bummer I guess…? When I grew up, as a guitar player I fantasized over being in the Red Hot Chili Peppers or Foo Fighters, or Maroon 5, or something like that. I love to write and collaborate, but at this point, I haven’t had the right combination of people say, “Dude, let’s start a band!!”… I guess someday that would be something really fun to do. Ohhhh WAIT! I’m a total liar. The Fearless Flyers. That’s a band I’m officially a part of. Haha. Whoops.

A: Right now, the main things I’m focusing on is Vulfpeck and Cory Wong. It’s kind of silly to refer to myself in the third person, but I am referring to “Cory Wong” the artist. I’m stoked about my new album and the touring I have coming up. I’m a constant creator as well, so I’ve been writing a ton. There are some additional Antwaun Stanley collaborations that have been magical, and I have a few other tricks up my sleeve that I’m going to pull off for my live shows. Vulfpeck has a new album that will probably come out later this year?? We recorded a ton of songs over the last year and there’s some sick material. I’m excited to see what Jack puts together for it. The usual M.O. is that we record, and then Jack does his thing and no one else hears it until it goes live on Spotify. It’s always a fun surprise.

1 comment on “Cory Wong Is Here to Funk You Up”