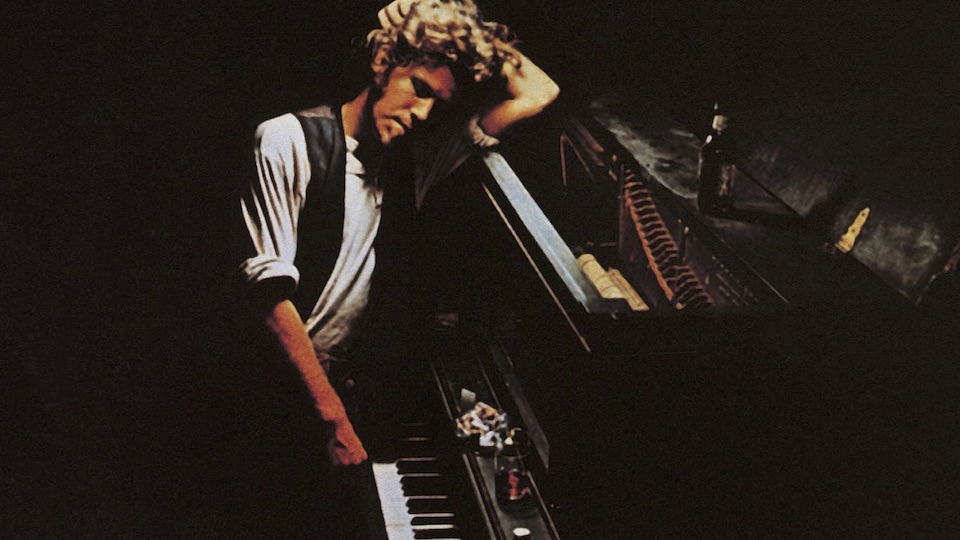 Though for many it served as an introductory album to the enigmatic singer/songwriter, Tom Waits’ Closing Time is far from the archetype of what listeners would come to expect from him on subsequent projects.

Recorded in 1972 and released the following year, Waits’ debut would be the first of seven albums he would record for David Geffen’s Asylum Records imprint and would stand as the most conventional of releases in a career for which each offering seems to insist upon the exploration of darker, stranger musical territory.

Closing Time establishes the backdrop for the first of a disparate assortment of identities that Waits would assume throughout his storied career, beginning with that of the booze-soaked, forlorn jazz pianist lost in time and playing night after night to a mostly empty bar. Aesthetically, the record is essentially lounge music engulfed in a cloud of cigar smoke and soaked in cheap scotch. After decades of speculation, the jury remains out on exactly what occurred to bring about Tom Waits’ signature stylized vocal delivery, which implements pained, raspy, guttural inflections and off-kilter phrasing.

Some say that the songwriter drank and smoked his throat into oblivion, while others believe it is simply a chosen inflection utilized to convey an artistic message. In any case, there was little trace throughout Closing Time of the gruff warbling that was to come. In fact, it wasn’t until his third album, Nighthawks at the Diner, that Waits’ sound began to take shape in a way that was indicative of what was to come.

Because of this, Closing Time is often considered an outlier within the discography it occupies, with dedicated listeners generally favoring the experimental madness that would permeate later releases. However, it is in its brazen earnestness that the appeal of Closing Time is most discernible. Waits’ vocal delivery on his debut was as clear as it would ever be and carried with it the pain of a man who had lived ten lives, each endowed with its own unique despondency and subsisting within a domain of understanding that should have been far beyond the emotional comprehension of any 23 year old. Yet Waits is assured as ever as he spins tales of love lost and life lived with a tinge of regret bookending each note that passes his lips.

Lead single “Ol’ 55” – which would later be famously covered by labelmates the Eagles for their 1974 release, On the Border, opens the album and sets the tone, which persists unwaveringly throughout the record’s 45-minute runtime.

Anchored by Waits’ sparse piano and conversational vocal performance, Closing Time is an affair very much rooted in jazz, a sentiment substantiated by Waits’ insistence upon the use of a double bass player for the sessions as opposed to a standard electric bassist.

The young songwriter’s capacity for heart-wrenching ballads was made apparent early on through emotional numbers such as “I Hope That I Don’t Fall in Love with You,” “Grapefruit Moon,” and the aforementioned “Ol’ 55,” while tracks such as “Virginia Avenue,” “Old Shoes (& Picture Postcards),” and “Ice Cream Man” accentuate the swing of their respective grooves, as well as the subtle, but indubitable, blues influence which underscores the proceedings.

While his capacity for inhabiting characters and manifesting dense, lyrical landscapes was already plainly evident at this juncture, Waits would also demonstrate a firm command of atmosphere, almost certainly developed during his time spent serenading patrons of the smoky bar at which he also worked the door prior to securing his first record contract. These abilities are displayed almost reticently in the longing, melancholy ballad “Lonely,” which features minimal lyrics and very little in the way of rhythmic guidance. It is left to the scant prose and dark chord progression to manifest meaning within the sonic space, an exchange that paints a portrait of a broken man in one of the album’s most vulnerable moments.

Closing Time is an oddity in that it’s composed entirely of original songs which have the feel of compositions from a completely separate period in American history. What Waits did on his debut, essentially, was craft a contemporary album of American standards. Toeing the line between shameless conviction and burlesque novelty, it is through his embrace of the absurdities of the past that Waits is able to fully harness and implement the characteristics which constitute its unshakable allure. Closing Time is the sound of a man performing vaudevillian shtick while concurrently bearing his soul; narrating the story while also inhabiting it; fully rejecting the truth while insisting upon it. The album, much like the artist himself, realizes its significance through its duality and its contradictions, vying for something that cannot be attained through traditional means, which may be as good a recapitulation as any of the overall trajectory of Tom Waits’ career.