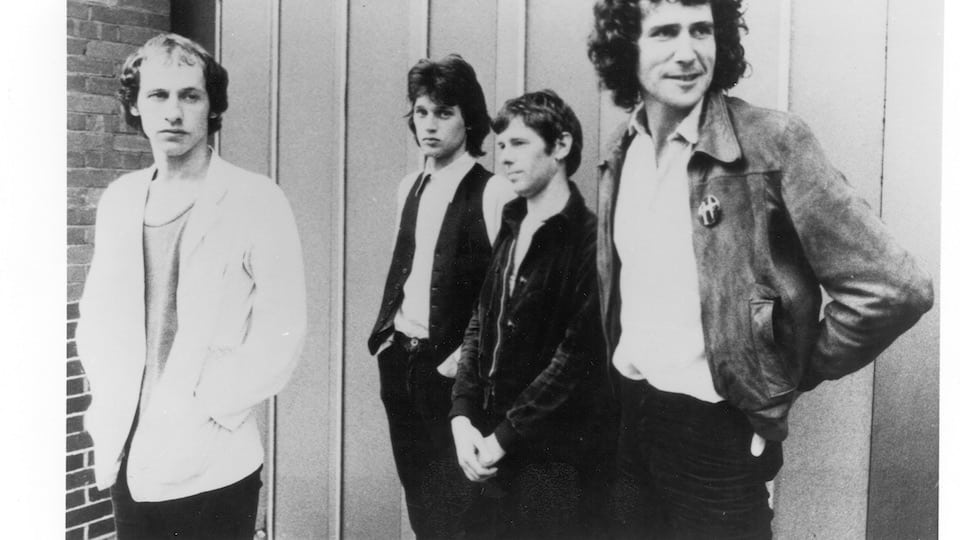 When Dire Straits entered the musical fray in the late 70’s, things were complicated. Disco was riding the coattails of Saturday Night Fever, punk and new wave were gaining mainstream momentum, and The Rolling Stones still had plenty of fuel in the tank. Even with all the clatter, Mark Knopfler and the boys never wavered from the guitar-driven style that wove some of the best parts of so many musical genres into their signature sound.

The band was recently inducted into the Rock & Roll Hall of Fame and helped highlight a stellar class that featured The Cars, Bon Jovi, The Moody Blues, and Nina Simone. Unfortunately, fame and celebrity never sat well with Knopfler and he was a no-show at the induction ceremony. Fans of the band would have loved a reunion, even a three-song set on Hall of Fame night. Dire Straits recorded six studio albums between 1978 and 1991 with certified sales closing in on 50 million units. Although a new Dire Straits release is unlikely at best, here is a look at some of the best songs the band served up during their Hall of Fame career.

Why is this song on a top 10 list, you ask? Well, ask a Dire Straits fan if they like it and they’ll squeal and say how much they loved the sports blooper turned sports triumph music video they remember from MTV. Some fans of the band may take a pass but the record peaked on the Billboard charts at number seven and is one of the band’s most successful releases. And so here it is.

Related: “The End of Your Favorite Movie Just Got a Nutso Makeover”

With a tilt of the head to its country roots, “Calling Elvis” wonders if, or just wishes, The King was still a phone call away. The single came from the band’s last studio album On Every Street, which was also the follow-up record to the massively successful Brothers in Arms. It was Dire Straits’ last hurrah, we just didn’t know it yet.

“Money for Nothing” was Dire Straits’ biggest single by far. Fueled by a heavily rotated video on MTV, and some added vocals by Sting, the song soared all the way to number one on the Billboard 100. The track also contained a disparaging gay slur and has not aged well. It’s not revisionist history, it’s cultural evolution. That said, Knopfler’s opening guitar riff kills. (Rumor has it that he sought out Billy Gibbons of ZZ Top to help get his guitar tuning just right.)

“So Far Away” is as cool as a menthol cigarette. No nasty guitar on this track, just Knopfler singing a love song. The tune just made the top 20 on the Billboard charts, the third hit single from Dire Straits’ massively successful fifth album Brothers in Arms. The album sold over 30 million copies worldwide and was the first album ever to be certified 10x platinum in the UK. “So Far Away” is nothing fancy. Its “jazz” feel makes the song one you play if you want other people to know you have good taste in music.

This song is about a girl who roller skates around town while jamming to some rock n’ roll through her headphones. It’s a fun tune with cool lyrics. But more to the point, can we talk about Making Movies? The album is Dire Straits’ best album no contest. Sure Brothers in Arms sold more but Dire Straits’ third album proved they were the real deal even if Making Movies contains only seven tracks. Four are on this list including this one.

“Romeo & Juliet” was inspired by an ex-girlfriend of Knopfler’s whom he believed was using him to advance her own musical career. The song has been used in movies, most recently I, Tonya and covered by musicians such as Matt Nathanson, Edwin McCain, and The Indigo Girls. The line, “oh, Romeo, yeah, you know, I used to have a scene with him” says so damn much about losing your love and watching them move on. Ouch.

With an intro borrowed from Rodgers and Hammerstein’s musical Carousel, “Tunnel of Love” is an eight-minute kick in the teeth that showcases Knopfler at his best. The song highlights his lowkey, raspy voice and guitar chops. In case you missed it, “Tunnel of Love” was used in the movie “An Officer and a Gentleman” and has been sampled by John Legend. Oddly enough, the song did not make a significant impact on any singles chart anywhere despite being one of the band’s coolest tunes.

Quite possibly the most beautiful song Mark Knopfler ever recorded. Enough said.

From the moment Knopfler counts 1…2…3…4, this song is a gas. “Expresso Love” has everything: a catchy piano hook, driving percussion and vocals, and some of Knopfler’s best guitar work. On top of all that, it’s a love song or sort of anyway. Every love-struck sap wants to know if his love is the real deal or just “expresso love.” That’s a theme as timeless as rock n’ roll.

Mark Knopfler composed his masterpiece on the band’s self-titled debut album back in 1978. “Sultans of Swing” combined great storytelling with guitar playing genius and announced Dire Straits’ had burst into the rock n’ roll consciousness. The inspiration for the song came when Knopfler stumbled upon a jazz band playing in a nearly empty London pub. Even with all Dire Straits’ song power, “Sultans” was the only single to be certified gold on either Billboard or the U.K Singles chart. And we’ve been playing air guitar to this track ever since.

7 comments on “On Every Street: The Top 10 Dire Straits Songs”