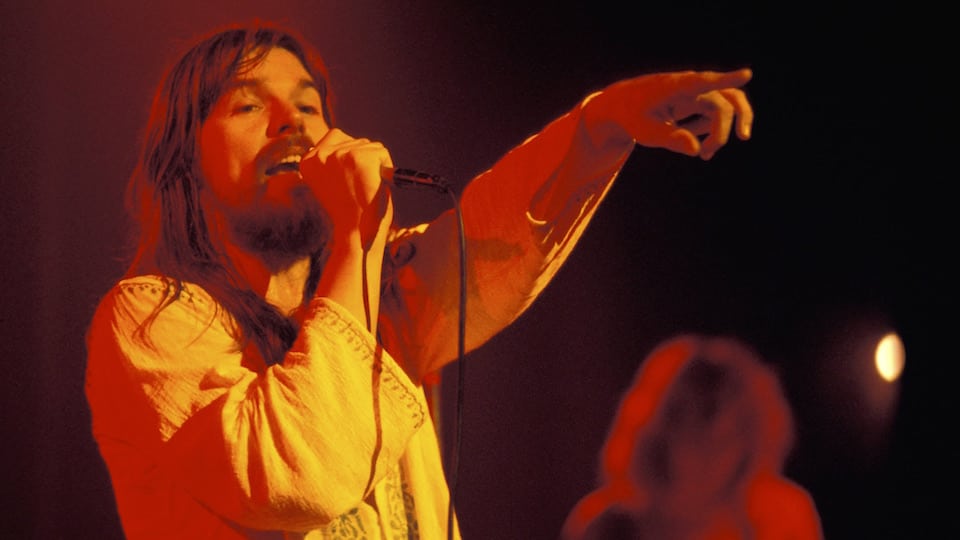 Let’s make one thing clear. Bob Seger is The Man. As American rockers go, he has no equal, other than Bruce Springsteen. The peak of Seger’s career, which lasted more than 20 years, started in the late 1960s and ended in the early 1990s. Album after album, one hit song after another, the Detroit rocker crafted songs that had music fans everywhere turning volume knobs clockwise. The best of what is now considered classic rock includes tons of Seger albums (ten of which went platinum): Beautiful Loser, Night Moves, Stranger in Town, Against the Wind. And don’t forget Live Bullet in 1976, which at the time, did for Bob Seger what Frampton Comes Alive did for Peter Frampton (except Bob Seger was just getting started while Peter Frampton’s star went supernova and collapsed). And although Bob Seger and the Silver Bullet Band littered the charts with hits, their only number one song was “Shakedown” from the Beverly Hills Cop II soundtrack. Imagine that.

Related: “The Top 10 Bruce Springsteen Songs You May Have Never Heard”

Making a Top 10 list of Bob Seger songs is like picking the prettiest girl in the Miss Universe Competition, or deciding which state smokes the best barbeque. Good luck with that. Seger’s best could easily go twenty spots deep. That said, if you “feel like a number,” here are the top ten Bob Seger songs you should put on your Silver Bullet mixtape:

The Distance was the follow-up album to Against the Wind and featured several great tracks, including Rodney Crowell’s “Shame on the Moon” which was Seger’s highest charting single from any of his studio albums. But it’s “Roll Me Away” that comes in at number ten on this list. The song is a road trip must, especially if you’re traveling on a Harley-Davidson. The fact that Seger started his lyrical road trip in Mackinaw City is all kinds of Michigan cool.

A deep cut off Night Moves, perhaps. “Sunspot Baby” wasn’t released as a single. It is a tale of love hitting the sourest of notes and getting used and left behind. If you’ve ever been in a relationship and never saw the end coming, this song is for you. The track was recorded using The Muscle Shoals Rhythm Section and is just cool as hell.

There seem to be two types of Bob Seger songs: his slow ballad-like melodies and the songs that kick it up a notch. “Hollywood Nights” falls into the latter category. Another tale revolving around the freedom of youth, the song is a wild ride involving west coast allure and all things possible. Stranger in Town was Seger’s bestselling album and may be his most complete record top to bottom. If you haven’t spun the album in a while, do it soon. But replay this one while you’re there.

“Get Out of Denver” is the only song most Seger fans would recognize from Seven. Although not a commercial success, it’s is a landmark album because, for the first time, Seger is officially backed by The Silver Bullet Band. The guys give us a taste of what they can do by revving a little Chuck Berry and letting Seger blow through the lyric sheet as fast as he can. The song is a gas and the LP marks a turning point in Seger’s career.

Another chart-topper for Bob Seger, “Still the Same” peaked all the way up at Number Four on the Billboard Hot 100. The song’s appeal is its relatability; we all know a person the song describes. Any list of Bob Seger’s best should have “Still the Same” somewhere in the middle, and here it comes in at number six. There isn’t a bad time or place to queue up this tune: it’s a like a cold beer on a hot day. Seger’s acoustic guitar and female backing vocals provide sing-along gold. Don’t overlook this song from Stranger in Town.

Before Bob Seger and The Silver Bullet Band, there was The Bob Seger System. Seger’s debut album hit shelves in 1969 and gave him his first charting single — the album’s titular “Ramblin’, Gamblin’ Man” which climbed all the way to Number 17. Added bonus: If you listen carefully, you can make out a young Glenn Frey wailing on background vocals.

Related: “Perfection Is Not An Accident”

Although “Turn the Page” was originally released on Seger’s Back in ’72, it’s the live version from Live Bullet from four years later that became an album rock staple. Touring rock musicians are road warriors, and “Turn the Page” is their anthem. The song was inspired after a run-in with some truckers late one night on the road. Seger didn’t much care for being the target of their jokes about his long hair. By the next day, he’d written his revenge. In 1998, Metallica hit Number One on the US Rock chart with their cover. It’s one of their best songs, too.

“Against the Wind,” from the album of the same name, had music lovers everywhere taking a trip down memory lane. The lyric “Wish I didn’t know now what I didn’t know then” hits close to home — maybe too close. Glenn Frey and Don Henley sang backup vocals on the track. The song is so cool that The Highwaymen sang it, and Forrest Gump ran to it. Now that’s a legacy.

The title track to Bob Seger’s eighth studio album never broke the top 100, but like several other Seger classics, it gained momentum when it was included in the Live Bullet set. With a title borrowed from a Leonard Cohen poem, “Beautiful Loser” calls out the people that set their goals so low that they never achieve anything. It took Seger a year to write the song to his satisfaction but his patience paid off.

“Night Moves” is Bob Seger’s Mona Lisa. His Masterpiece. Seger’s song about young love and the freedom of youth is timeless, not unlike Springsteen’s “Born to Run.” The autobiographical coming of age tale took Seger six months to pen. The acoustic guitar and brilliant lyrics make this tune Seger’s most beautiful and poignant by far. “Night Moves” spoke to a generation of young guys trying their best “night moves” on their best girl. Looking back, those days (and nights) moved us through our youth way too quickly.