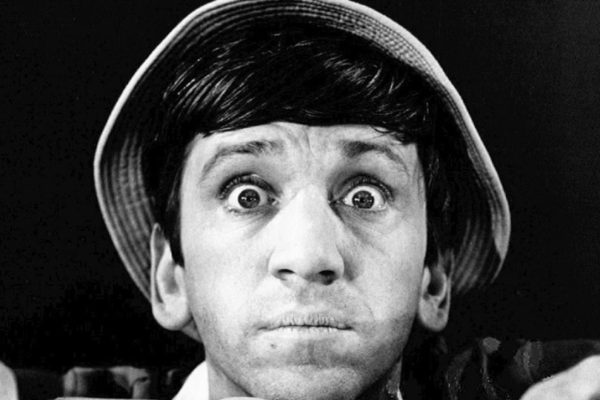 I’d be lying through my teeth if I said that this wasn’t the toughest list I’ve ever put together. There are so many enjoyably catchy tunes to consider that serve as theme songs for TV shows even when you narrow the choices down by their skill at summing up both tone of the series and/or its story. Ultimately, the ten picks below are all earworms that have stuck in my head for years and now are still playing on repeat once again. I see no escape ahead. That said, I’m willing to make a second list and would welcome your input in the comments section or on our Facebook page.

Re-popularized by The Blues Brothers and covered by everyone from Johnny Cash to Oingo Boingo, Rawhide is as Western as an Ennio Morricone track for a Sergio Leone movie. And who can forget that distinctive whip crack? It says to us, this show may be old-fashioned but watch out little doggie: there’s real danger afoot.

Immediately upon hearing this precious opus, you know there’s comfort and warmth coming up for the next thirty minutes. So ignore the disastrous consequences awaiting in the real world, because right now, you’re going to the land of “make-believe” with the friendliest sweater-ed grown-up ever: Fred Rogers.

This masterwork is so much more than the perfect finger-snap. Deconstructing the lyrics, you’ll find a sinister undercurrent. “Their house is a museum when people come to see ‘em” suggests celebs trapped by paparazzi; the follow-up of “Neat. Sweat. Petite.” is like a mantra for plastic surgery and pills. Timeless genius.

From that initial trill of clarinets, you know you’re in for a wild ride. Nothing says, “these stakes are high” quite like the Mission: Impossible theme song. And probably, no other theme song so strongly makes you want to dance in a flailing manner. It’s also good for your next long-distance run.

No theme song has a more assured spot in the hearts of children of all ages. Plus this ditty really gets the viewer in the perfect mindset. You just know there’s going to be a silly show within a silly show ahead with a lot of wild personalities and zany one-liners. This song promises you’ll laugh a lot. And the show delivers!

5. The Fresh Prince of Bel-Air

I wasn’t sure if this was old enough to be declared a classic but it’s too constantly quoted to be classified as anything else. The amount of exposition is almost dizzying but Fresh Prince’s rap is likely the only theme song performed by a lead actor who won four Grammys and snagged two Oscar nominations. All hail, Will Smith!

Unforgettable is an understatement: This theme does double-duty by introducing all of the characters and explaining the backstory in about one minute. Find someone who can’t sing the entire lyrics word for word and we’re guessing you’ve found someone who spent the last 30 years on an “uncharted desert isle.”

Easily the most upbeat song on the list, “Movin’ On Up” is a gospel celebration about finally landing that “deluxe apartment in the sky.” You want to pop open a bottle of champagne and join in. Fun fact: The song is composed and sung by the talented Ja’net Dubois who starred on another iconic black sitcom, Good Times.

Penned by the 14-year-old son of director Robert Altman for a movie about the Korean War, the lyrics of “Suicide is Painless” may make for the most bizarrely depressing theme ever. Even so, the TV series it inspired was wise to keep them. No other song has ever proven as simultaneously comforting and despairing.

“Where Everybody Knows Your Name” is a piece of pure nostalgia for the camaraderie of your local bar (minus any nasty drunks). Heard for over a decade, this one is now as familiar as the “every bar” it describes. In a way, it’s a vision of a better world or rather an ideal escapist watering hole. I’d like to go there someday.