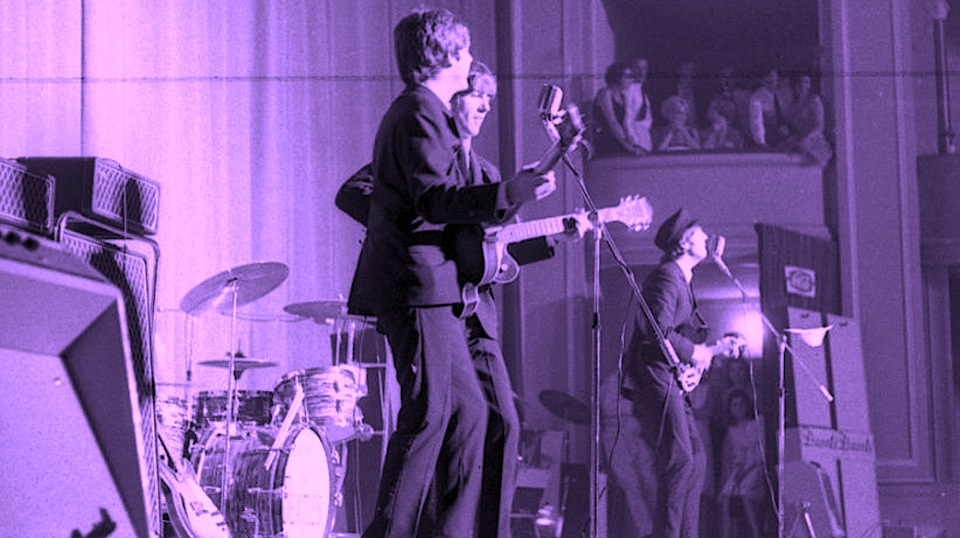 Though The Beatles disbanded decades ago, they’re nevertheless responsible for two current Grammy nominations: Director Ron Howard’s thrilling documentary The Beatles: Eight Days A Week – The Touring Years (Best Music Film) and John Daversa’s daring Kaleidoscope Eyes: Music of the Beatles (Best Large Jazz Ensemble Album). This ongoing legacy is what prompted us to do a piece called “15 Bands Following in The Beatles Footsteps” as well as the celebratory “Rock on! 5 Films by the Fab Four” earlier this year. Indeed throughout 2016, CultureSonar’s Beatles content has consistently been among our most popular. In honor of that, here’s a top ten list exclusively geared to our fellow Beatlemaniacs.

3. With The Beatles, From the Beginning
A look at the 2013 documentary Good Ol’ Freda, about the band’s longtime, devoted fan (and fellow Liverpudlian) Freda Kelly.

4. How Sgt. Pepper Got Its Cover
New evidence suggests the now-forgotten Swedish band Mercblecket may have inspired the unforgettable artwork.

5. John Lennon: Guitarist
Al Cattabiani points out that while Lennon may be most remembered as a singer-songwriter, he was also “a monster rhythm guitarist.”

6. We Are All Together: George Martin and “I Am the Walrus”
An exploration of the music producer’s unique ability to commingle classical techniques and pop arranging values.

7. When a Beatle Wrote With Elvis
Paul McCartney’s and Elvis Costello’s work together produced a number of finely crafted songs, including Elvis’ biggest U.S. single and McCartney’s last top 40 hit.

8. The Sights, Sounds, and Madness of The Beatles’ Touring Years
In Ron Howard’s 2016 doc, historical footage — including some previously-unseen concert footage — traces The Beatles from 1962 through 1966.

9. 10 Hours That Changed EVERYTHING
Who was the “5th Beatle?” Many say it was George Martin, the producer behind 13 albums and 22 singles of the Fab Four.

10. In Praise of Paul: What’s Wrong With Silly?
An appreciation of McCartney’s solo songs — from “Another Day” to the more recent “New,” which are effortlessly catchy.

Photo Credit: Public domain image (tinted) of The Beatles in Rome circa 1965.

0 comments on “It Was a Busy Year for…The Beatles”