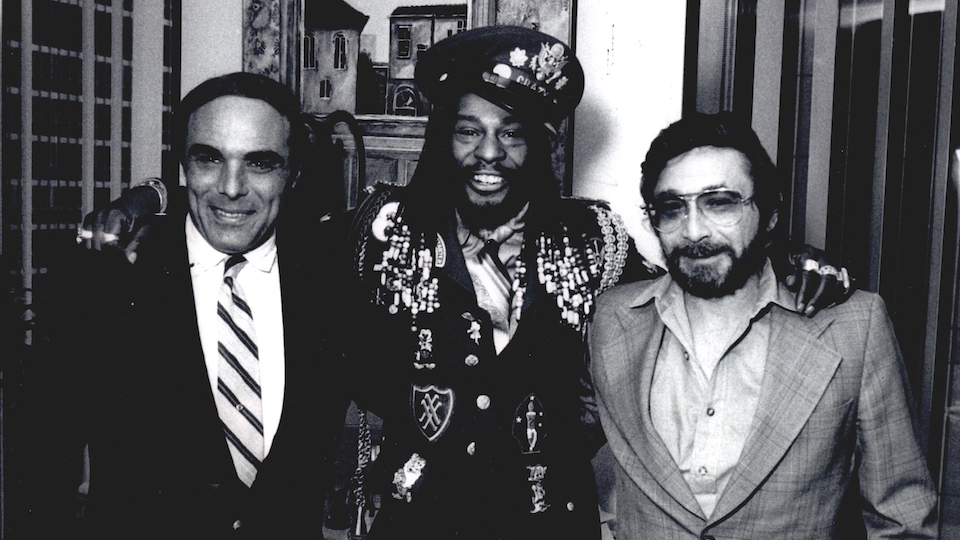 George Clinton learned early on in his career that when a band is signed to a record deal, only the band’s name lands on that contract. Not the individual band members. This legal nuance would be used as ground zero for Dr. Funkenstein’s delightful subversion of the U.S. music industry. Signing essentially the same band to several different record labels. A joyful and profitable process that worked for at least 5 years.

In 1980, the time was ripe for George to follow in the footsteps of music visionaries such as Berry Gordon with Motown, Curtis Mayfield with Curtom, and Kenny Gamble and Leon Huff’s pride and joy, Philadelphia International Records. With assistance from then-manager Archie Ivy and business associate NeNe Montez, Uncle Jam Records was born, distributed by CBS Records.

Unfortunately, the venture would be short-lived. Uncle Jam Records would exist for barely a year. A myriad of circumstances would serve as the reason for the label’s demise. Regardless, the label would release a collection of strong, innovative albums.

Due to a lawsuit brought about by a folk/country band based in California, the name “Bootsy’s Rubber Band” could no longer be used. This action resulted in the birth of the Sweat Band. Their one and only album was released on the same day as the album Ultra Wave, Bootsy Collins’ fifth release for Warner Bros (this time under the credit “Bootsy”). Unlike Ultra Wave, Sweat Band leans heavily on instrumental jams with minimal lyrics, The tracks “Freak To Freak” and “Body Shop” are supreme, stand-out Funk jams.

Released shortly after Sweat Band, Wynne Jammin’ was the second solo album by Philippe Wynne, the former lead singer of the Spinners. Fresh off a guest appearance on the 1979 Funkadelic hit  (Not Just) Knee Deep,” Wynne Jammin’ finds Philippe in more musically aggressive territory. His rendition of Funkadelic’s “Never Gonna Tell It” proves itself to be an effective dance floor stomper.

The story of Uncle Jam Records is supposed to end here. But due to unexpected circumstances (namely Clinton’s surprising comeback hit “Atomic Dog” three years later), the label would be resurrected for one last Funkdafied release.

Following the model of the NBA All-Stars, George Clinton would reassemble the cream of both Parliament and Funkadelic. Urban Dancefloor Guerillas would be released simultaneously with Clinton’s second album You Shouldn’t-Nuf-Bit Fish (recorded for Capitol Records). Urban Dancefloor Guerillas would boast a collection of high-powered industrial strength Funk for the 1980s. Tracks such as “Generator Pop,” “Pumpin’ It Up” and “Hydraulic Pump” (released as a single in the fall/winter of 1981) provided a fresh Funk alternative for the MTV generation.

Uncle Jam Records emerged in conjunction with the launching of the “December Is Funk Month” campaign overseen by P-Funk production companies Thang Inc. and the World Funk Headquarters. The campaign was focused on Christmas season releases by Parliament, Philippe Wynne, Sweat Band, and Bootsy Collins, as well as the debut album by Zapp which had been released in July of 1980, but didn’t pick up steam until the fall.