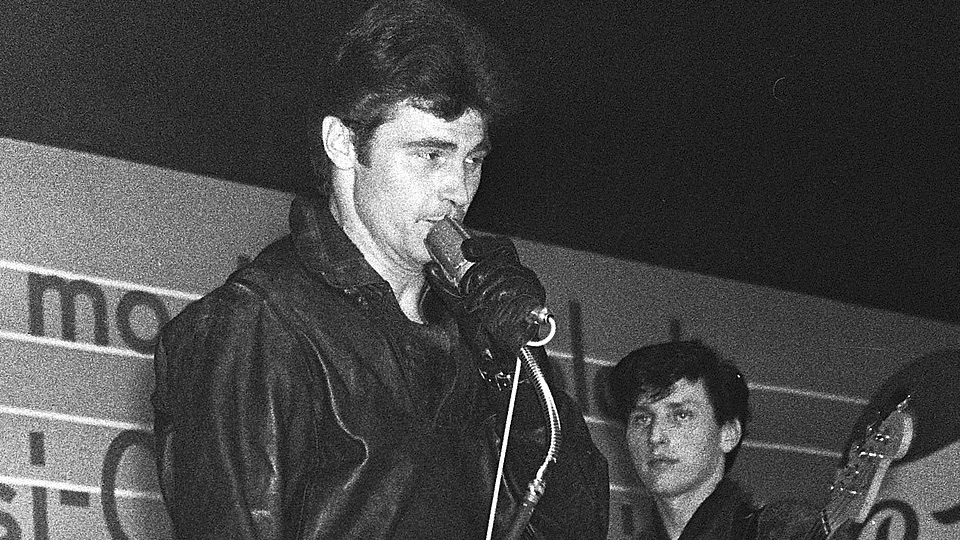 There have been songs covered so well by other musicians that listeners are shocked when they hear its original version…or learn that there even was an original version.

R.E.M. plucked from sure-fire obscurity the B-side to The Clique’s hit “Sugar on Sunday” and turned “Superman” into a classic.

Lemme B. Good (Limmie Snell) first recorded “Good Lovin’” to virtually no acclaim in 1965, only to hear The Rascals make it a rock ‘n’ roll standard a year later.

The Clash took a 1959 rockabilly song, made it manically memorable, and made the record-buying public cognizant that “Brand New Cadillac’s” composer wasn’t the team of Strummer-Jones, but one Vince Taylor, whose other claim to fame was being the main inspiration for David Bowie’s character “Ziggy Stardust.”

Bowie, who didn’t like Taylor’s watered-down rock music, met the possibly-schizophrenic Vince in 1966. By then, Vince had taken enough acid trips to (almost) match Jerry Garcia’s intake and believed he was either Jesus or an alien — or that Jesus was an alien. As Bowie recalled:

“He took out this world map and was showing me where the aliens had their bases, under the Arctic and in the mountains of Russia. I told myself there’s something in this. I’m going to remember this. This is too good. The guy was unbelievable. Just the weirdest kind of creature. I’m not sure if I held him up as an idol or something not to become.”

But before he became “Jesus,” Vince helped spread the gospel of American rockabilly to England. Vince’s British family had moved to California when he was seven and he soon became acquainted with the music of Elvis and Gene Vincent. In his teens, a restless Taylor moved back to his homeland where his black leather outfits and Chris Isaak-meets-Rock Hudson good looks stood out amongst the English rockers of the day.

He also stood out for his amphetamine-fueled stage shows (which sometimes resulted in riots). His act may have powered his legend but didn’t do much for his recording career. Taylor’s “Brand New Cadillac” (which the Hep Stars, a Swedish band featuring a pre-ABBA Benny Andersson, turned into a number one hit in Sweden in 1965) could have had a much wider audience if Vince only had better management. The song stacks up very well against the Clash’s version, thanks to Joe Moretti’s stinging guitar. For reasons unknown, the song was relegated to the B-side of Vince’s bland remake of Johnny Ace’s “Pledging My Love.”

Taylor, whose repertoire mostly consisted of tepid takes on raucous 1950’s songs, spent the rest of his career self-sabotaging. Many a time, he’d accept gigs and either not appear or cancel them after a few shows. His unpredictability ruffled feathers, especially those belonging to Horst Fascher, the manager of the “Star Club” in Hamburg, Germany. In 1962, Vince and his band were signed for a two-week engagement. On their fifth day in Hamburg, the singer called his girlfriend in Paris and got no answer. Vince decided she was cheating on him and took a plane to the city, leaving his band high and dry and Horst threatening to shoot him if he returned. Horst calmed down when a Liverpool group called “The Beatles” next played at his club — and didn’t dare cancel their dates.

You could say Vince met his Waterloo at a party at London’s Savoy Hotel in May 1965. Also attending the party (featured in the documentary Don’t Look Back) was Bob Dylan and an acid dealer who found a willing customer in Taylor. That night, Vince took LSD for the first time, even though he had a showcase gig the next day in Paris. It was for none other than Joe Barbera of “Hanna-Barbera” cartoon fame. Joe, who had married Vince’s sister, Sheila, was starting a record label and was considering signing Vince. Barbera wanted to see Vince in action but his brother-in-law’s lucidity was M.I.A.

He showed up to the gig, unshaven and unkempt. Holding a bottle of Mateus wine, Vince announced that he was “Mateus, the new Jesus. The son of God.” When asked by his band if he had their money, he pulled out 150 francs and set fire to it, ranting about how Jesus had driven money-lenders out of the temple. An ambulance was called and the band did the show without their lead singer. Vince blew his record deal with Barbera, no doubt blowing his chance to sing the “Bedrock Twitch” on the Ed Sullystone Show.

In time, Vince mentally settled down enough to become a huge star in France but was barely a cult figure elsewhere. Once his recording and club dates dwindled, he moved to Switzerland to work as an aircraft mechanic (a period he called “the happiest days of my life”). In 1991, he died of cancer at the age of 52, leaving behind a son, Ty, (who called his dad “an absentee father”) and some inspiration for Van Morrison as found in the lyrics to his 1999 song, “Goin’ Down Geneva”:

No one’s even heard of him,

Just who he was,

Just where he fits in.”

0 comments on “Vince Taylor: Inspiration to A Few, Forgotten by Many”