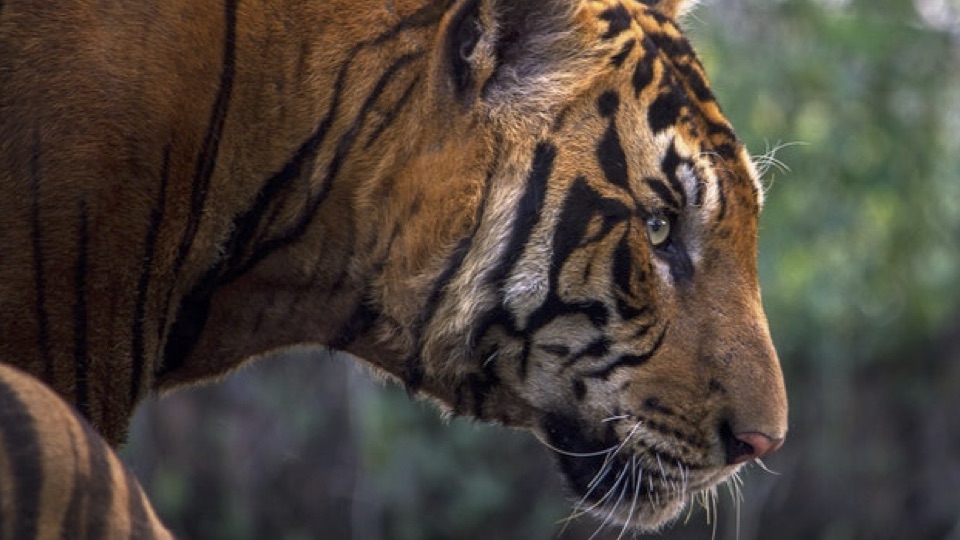 According to Chinese tradition, February 1 marks the Year of the Tiger. Over the last 60 years, Rock and Pop have given much recognition to the big jungle cats.

And why not? The tiger is tough, independent, sleek, aggressive, and dangerous. It’s no surprise that “Tiger” constantly pops up within music.

The history of tiger references can be witnessed in band names (White Tiger, Glass Tiger, The Tigers) as well as in album titles (Ride the Tiger, Tiger Lily, Easy Tiger, Seven and the Ragged Tiger). Tigers even made it into rock journalism, as Tiger Beat became the biggest selling teen music gossip magazine starting in 1965 (and making a good run of it until its final issue in the winter of 2019).

The catalog of tiger tunes is expansive; here are 5 with the single word “Tiger” as its title, as seen through different eras and musical types.

14-year-old Fabiano Forte was discovered by his Philadelphia neighbor soon after his father had a heart attack, which caused financial stress for the Forte family. The neighbor, Bob Marcucci, had established music industry success as manager of Frankie Avalon; the newly branded “Fabian” had little choice but to sign with him in 1957. Two years later he would record “Tiger” as a single for the Chancellor Records label. Written by Ollie Jones (a backup singer for Big Joe Turner and Nat ‘King” Cole), the teen-love song owns a typical high-energy walking base with rock riffs that Elvis Costello would later echo in “Mystery Dance.” The tune’s lyrics: “I can’t conceal you make me feel like a Tiger. I want to growl, Wow!” also adds other animal references such as grizzly bears, flying eagles, running elk and a “heart jumping like a kangaroo”….you get the picture. “Tiger” peaked at #15 in June of 1959.

In April 1972, the brother of Paul McCartney released his first solo effort entitled Women with their mother’s picture on the album cover. That would not be the only familiar link to the Beatles, as the closing tune, “Tiger” strongly resembles the past work of the Beatles. “Tiger” opens with atmospheric jungle chanting and quickly drops into a heavy down-beat structure, not unlike Paul’s early demo recordings of “Helter Skelter.” Similarly, the song’s guitar riff follows a melody line that’s hauntingly like John Lennon’s “Well Well Well” from 1970’s Plastic Ono Band. Island Records was disappointed with the album as Women failed to chart. McGear would come back with his next (and final) solo effort, calling in Paul and his entire Wings line-up to its recording in 1974.

By the time ABBA recorded “Tiger” for their fourth album, Arrival (1976), they were already a worldwide phenomenon. Considered as an early single but later rejected in favor of the massive hit “Dancing Queen,” “Tiger” would play out with the same ABBA formula that lifted the band to the top of the pops. That is, a heavy disco downbeat, layered keyboards, dual singers in harmony, and a simple message for the masses: “The city is a jungle, better take care. Never walk alone after midnight. If you don’t believe, you better beware, of me. I am behind you; I’ll always find you. I am a tiger.” This is a bit dark for the normally positive and cheery ABBA.

Turning to the world of dance instrumentals, Steve Angello the Swedish/Greek DJ and music producer’s debut studio album, Wild Youth, earned him worldwide recognition. It grabbed the 4th spot on the Billboard US Dance Music charts in 2016. Among its standout singles was “Tiger,” a symphonic work of sounds and beats, apparently produced with all keyboards and drum machines. It opens with a synthesized orchestra, not unlike Elton John’s 1973 “Funeral for a Friend.” As there is no singing nor animal sounds in the mix, there are apparently no audible references to tigers, jungles, or even hunters…although the tune’s accompanying video has people in white robes running away from a group of people in black robes in a forest. Predators anyone?

The art of mashup songs has come a long way since the first international hit, Kid Rock’s “All Summer Long” (the mash of “Sweet Home Alabama” and “Werewolves of London”). This genre has inspired many would-be artists to make their homemade hits for the internet. Boston-based Neil Cicierga has become a top internet mashup artist, with a body of work that released four in-series albums since 2014, (Mouth Sounds, Mouth Silence, Mouth Moods, and Mouth Dreams). All these albums used the band Smash Month’s 1999 hit tune “All-Star” as the stem for the audio actions. “Tiger” appears on 2018’s Mouth Moods album and works a mash-up of INXS’s “Need You Tonight” along with the obligatory “Eye of the Tiger” recording by Survivor.

Throughout the song, we are treated to audio samples from the Mario Paint video game along with drops of Kellogg’s Tony the Tiger pronouncing “Its Grrrrr-ate!”

2 comments on “Welcome The Year of the Tiger (Music Edition)”