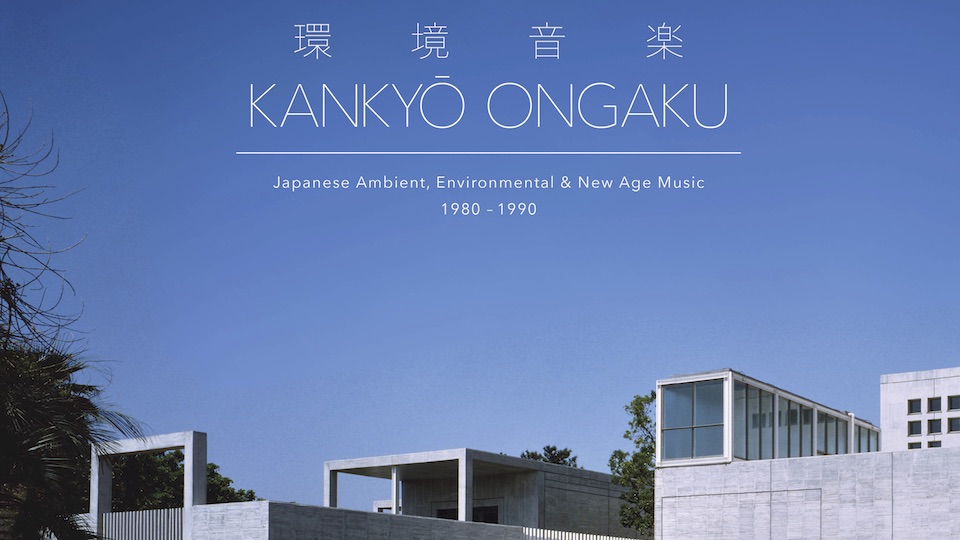 In the 1980s a quiet musical revolution was taking place in Japan. And I mean that literally: the musicians and artists of the Kankyō Ongaku, or “environmental music” movement, sought to utilize soothing, meditative music as an element of one’s environment to be “experienced.” Today, terms like “new age” and “ambient” are used to describe the music that’s most often heard in massage studios, yoga classes, and shops that sell crystals and self-help books. But Kankyō Ongaku was much deeper and served a thoroughly different purpose, connecting the worlds of music, architecture, advertising and technology and redefining how music could be heard. Light In The Attic’s 2-CD anthology Kankyō Ongaku: Japanese Ambient, Environmental & New Age Music 1980-1990 not only assembles several key Kankyō Ongaku works and makes them available outside of Japan for the first time but also shines a light on a unique moment in Japan’s history and an often misunderstood musical genre.

The concept of “ambient music” reached Japan in a roundabout way. Brian Eno’s landmark 1977 LP Music For Airports caught the ears of many influential Japanese musicians and artists; Eno’s work was inspired by John Cage’s interest in integrating textural music into daily life, which in turn was inspired by Cage’s own study of Zen Buddhism. Whether or not Eno’s music struck an ancient, familiar nerve with the Japanese is debatable; what we do know is that the socioeconomic conditions of 1980s Japan created the perfect breeding ground for Kankyō Ongaku. A booming economy, fueled by real estate, speculative stocks and a robust manufacturing industry, led to a new affluence and a higher standard of living in urban centers like Tokyo. Major corporations aligned themselves with forward-thinking arts organizations and earmarked large budgets to subsidize composers and “sound designers” to create custom-composed music to be played in retail outlets, museums, and other public spaces. Many fine Japanese musicians thrived artistically and financially in this environment, facilitating a surge in creative output. Increased consumer confidence also created a new marketplace for “lifestyle products” that utilized music and/or sound to regulate one’s environment at home. Decades before Alexa and Spotify were “curating” chill-out mixes, Japanese urbanites were unwinding at home after work to the sounds of carefully-chosen musical passages.

But the practitioners of Kankyō Ongaku were not considered “new age” or “ambient” artists; they were some of Japan’s finest professional pop and jazz musicians, as well as prominent synth programmers at the top of the session scene. The photos in the Kankyō Ongaku…1980-1990 CD booklet depict “vintage” analog synths and those massive, primitive early PCs, underscoring the immense artistry and technological skills required to create such “futuristic” music back in the day. Consequently, listening to Kankyō Ongaku today presents an interesting paradox: even though this music was designed to be “experienced” and not “listened to” in a traditional western sense, much of it actually does hold up as pure music! In the same way that filmmaker Godfrey Reggio brought the “background into the foreground” with 1982’s Koyaanisqatsi, focused listening to this “environmental music” often reveals work of surprising depth and emotional resonance.

Takashi Kokubo’s “A Dream Sails Out To Sea – Scene 3” lives up to its name, with ethereal synth chords evoking the tension and release of a rolling tide. It is surprisingly engaging, considering it was commissioned by the Sanyo corporation to be included on a promo LP bundled with an air conditioner! The tempo-free, “soundscape” approach is also most effective on tracks such as “See The Light” by Fumio Miyashita, and the dramatic “Loom” by Japanese electronic music legends Yellow Magic Orchestra. But Kankyō Ongaku is much more than textural soundscapes. The pulsating synths on tracks like “Nube” by Yoichiro Yoshikawa, “Snow” by Takashi Toyoda and Inoyama Land’s “Apple Star” generate a subtle rhythm, and there are stronger, stately percussion grooves featured on Jun Fukamachi’s “Breathing New Life” and “Ear Dreamin’” by Yoshiaki Ochi. Elsewhere, the harmonic motion on tracks like “Meet Me In The Sheep Meadow” by Yoshio Suzuki and Yasuaki Shimizu’s “Seiko 3” demonstrate the influence of French composer Erik Satie upon the Kankyō Ongaku movement.

Besides the cool photos of vintage gear, the CD booklet contains a lengthy, detailed essay by producer Spencer Doran that recounts the fascinating history of Kankyō Ongaku. As The Beatles redefined the creative potential of the western rock LP, thus changing its very role in society, so did Kankyō Ongaku transform the way music could be experienced by bringing transcendent sounds into everyday life. Whether driven by marketing trends or a deeper desire for urban dwellers to reconnect to their own ancient Japanese roots, the music of Kankyō Ongaku still resonates today, thousands of miles and several decades away from its origins. Light In The Attic’s Kankyō Ongaku: Japanese Ambient, Environmental & New Age Music 1980-1990 is an ideal introduction to this music, and will no doubt whet your appetite for more.

0 comments on “What is “Japanese Ambient Music”? A Primer”