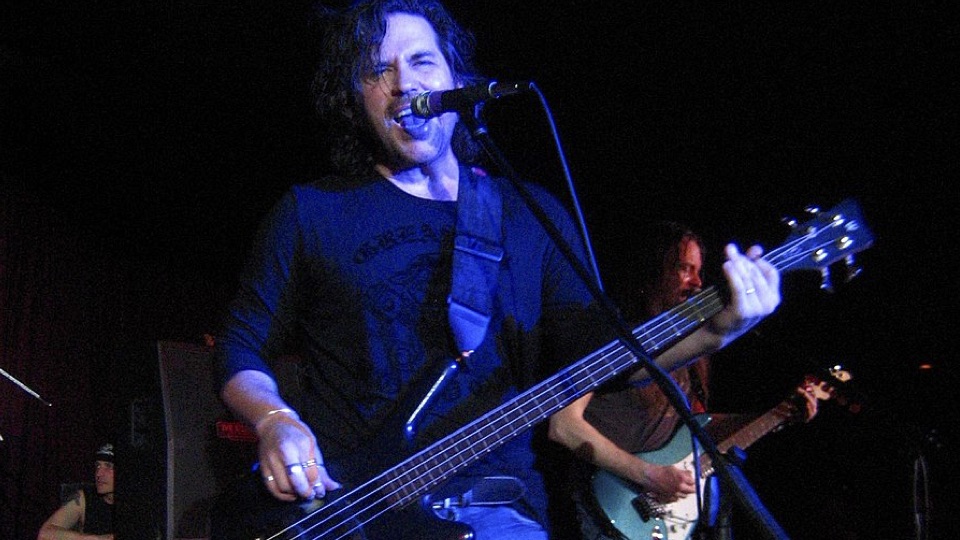 If there’s a rock musician that bared his chest quicker than Taylor Lautner in the Twilight Saga, it’s Kip Winger.  In truth, the videos for “She’s Only Seventeen” and “Heading for a Heartbreak” that made the rounds on MTV in the late 1980s contributed to that perception. Coupled with good looks, a perfect rock-scream-sing voice, it sure looked like he and the band were bound for lasting success.  But there’s a lot more to the rise, fall, and re-rising of Charles Frederick “Kip” Winger.

Winger as we know it started in 1988 with the release of their self-titled platinum LP.  The catchy intro/verse riff to “Seventeen” still gets me running for my guitar.

In 1998, the band Winger included Kip Winger on vocals/bass, Reb Beach (Whitesnake) on lead guitar, Rod Morgenstein (Dixie Dregs, Steve Morse Band) on percussion, and John Roth (Giant, Black Oak Arkansas) on rhythm guitar. Their second release, In the Heart of the Young (1990) included the guitar-driven “Can’t Get Enuff,” the requisite ballad “Miles Away” and rocking “Easy Come Easy Go.” All three songs did well enough on the rock charts to push the album to platinum status. And there are other tasty tunes on this album.  Check out “Dirty Little Blonde.”  Then, recorded as a trio due to the departure of exhausted-from-touring guitarist Rod Morgenstein, Pull (1993) showed the arc of Winger’s success was peaking.  In actuality, the album was a decent release, and while Winger fans felt this was one of their best, John Q. Public gave it a meh reception.

Then came that little album called Nevermind by Nirvana that sold 10 million copies in 1991, making grunge the defacto rock replacement. Add an unfortunate mocking by Beavis and Butthead, and disdain from Metallica’s Lars Ulrich, and Winger disintegrated in 1994.  It didn’t help that the band members were relatively squeaky clean, not throwing TVs out of hotel windows or drugging it up.

Kip decided to go solo.  To his credit, rather than sulking and releasing a bunch of Winger knock-off albums, he decided to record something more tonal, less distorted, and more modern. In 1997 he released This Conversation Seems Like a Dream. The songs spotlight Kip’s melodic vocals/ The arrangements are complicated and pleasing.  “Angel of the Underground” has a U2 feel, while “Don’t Let Go” could be a lost Peter Gabriel tune.

He followed with a stripped-down tour, playing bookstores and other personal venues.  At the same time, he turned back to studying music theory, focusing on the classical style. This ultimately led him to reach #1 on the Traditional Classical chart. To paraphrase David Byrne, how did he get here?

As a teenager, his girlfriend asked if he would join a ballet class with her since none of her friends would.  He must have loved her a lot because he agreed, and it introduced him to ballet, which entranced him.  He tried his hand at it and, as he says, in another life, he could have been a very good danseur. If you’ve watched Winger’s music videos, you might notice that he’s putting on some great dance moves.  The early exposure to the complexity of the music that accompanied ballet performances would surface again much later in life.  While playing bass for Alice Cooper and then on into his years leading Winger, he kept listening to classical pieces.

He tried his hand at writing a piece and sent it to English choreographer Christopher Wheeldon. Wheeldon liked what he heard but felt it was too short to use. The encouragement was all Kip needed.  He created a lengthier arrangement and sent this along to Wheeldon once again, who loved it. What the choreographer found interesting about Kip’s writing was that it was edgy and had a hook. When an opportunity came for Wheeldon to choreograph for the San Francisco Ballet, he asked to use some of Kip’s music. The album was recorded by the San Francisco Ballet Orchestra and reached the top of Billboard’s Traditional Classical Chart. C.F. Kip Winger: Conversations with Nijinsky was nominated in the Best Classical Contemporary Composition category at the 59th Annual Grammy Awards.

Let it not be said that Kip Winger shied away from being a shirtless rock singer because during this time Kip, Reb, John, and Rod were reunited as Winger, toured and then released a few more albums: Winger IV (2006), Karma (2009), and Better Days Comin’ (2014) that all track well.

In 2019, he and New York director Damien Gray teamed to work on a rock-opera called Get Jack, about the infamous Jack the Ripper. Plans were made to create a Broadway musical around the work, but Covid put a crimp in that plan for now.

So Kip Winger adapts and moves on. His musical and vocal talents are unexpected if all you’ve ever heard are his 1980s hits.  And we’re all the better for it. On that note, I will remove my shirt and let out a rock scream. And promptly put it back on before anyone complains.