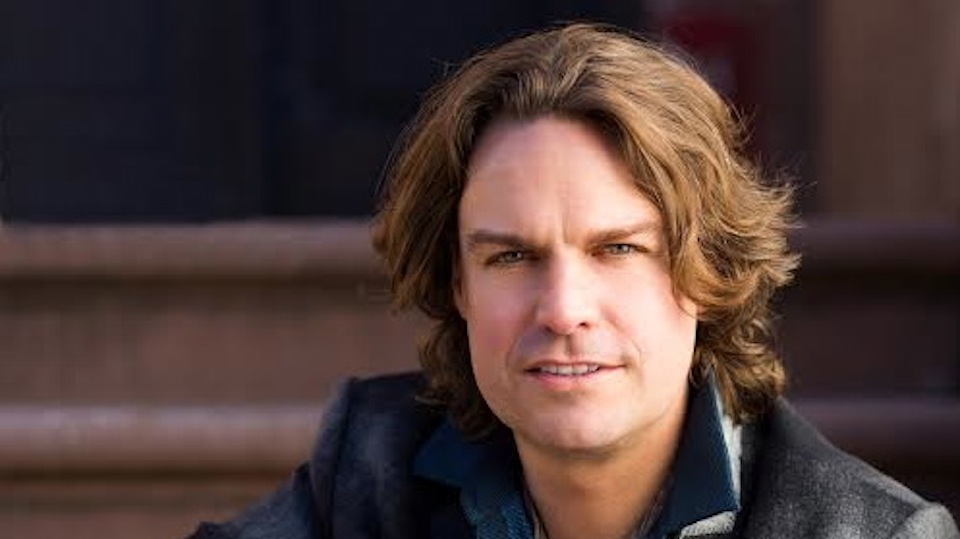 It’s hard to imagine a nicer compliment for a singer than to be called upon to be the voice of Tim Buckley in a movie but Jann Klose is hardly an imitation. With over a half-dozen studio albums to his credit, the German-born singer-songwriter racked up a few Independent Spirit Award nominations of his own for his 2013 LP Mosaic and shows yet another side of his talent on his new release In Tandem which features a duet with Annie Haslam, frontwoman for the prog-rock band Renaissance. That he also makes time to do volunteer work with a Desmond Tutu organization only makes us like him that much more.

Q: The single “Love High” is frankly beyond flirtatious. Was it inspired by anyone in particular?

A: Yes, it certainly was but I cannot divulge who… A rather well-known fellow musician… That’s all I’ll say!

Q: How did Renaissance vocalist Annie Haslam come to be involved with your cover of Peter Gabriel’s “Don’t Give Up”?

A: After a show we played together at the Sellersville Theater, Annie suggested I write a song “like” Don’t Give Up for us to duet on… I immediately turned to her and said: “Why not just create our own version? It’s such a great song, why try and imitate it?”

Q: You’ve got one song on In Tandem which you sing first in German and then, later on, the album, again in English: “Hochzeitslied.” Do you feel as though each language influences how you feel while you sing it?

A: Yes and no… Singing in other languages is something people have asked me to do for a while and there may be even more versions! The translation was the hardest part because you cannot translate this literally… I had to come up with phrasings and words that matched the meaning and also aren’t too “hard” as German is a much more Consonant-heavy language.

Q: Your new album features a number of popular South African musician’s such as Karen Zoid and Tamara Dey while the record itself is being put out by Gallo Record Company, South Africa’s biggest music label. Clearly, you’ve got a deep relationship with that country so where do you most like to go to hear music when you’re in Johannesburg?

A: The street… I love to watch and listen to African street performers. They work incredibly hard and take nothing for granted.

Q: You actually had the daunting task of singing a few songs for the title role in the movie Greetings from Tim Buckley. What were the challenges involved in that experience?

A: Since I came in post-production the hardest part was lining up my singing and guitar playing with Ben Rosenfield’s (the actor playing Tim.) But we managed to get it done… Steve Addabbo was a huge help. He engineered the sessions at his NYC studio, Shelter Island Sound.

Q: Additionally, you’ve done a bit of work in musical theater (Jesus Christ Superstar, The Who’s Tommy, and Jekyll & Hyde). How have these experiences shaped your creative process as a singer-songwriter?

A: It introduced to life on the road… Something that became a lifestyle for me and lifestyle, in turn, informed some of my writing. I love to travel.

Q: Can you tell us a little about the work you do with Desmond Tutu’s TutuDesk Foundation?

A: In the past, I have been on so-called “Tutudesk handouts” with them. The group travels to rural communities that are in need of the basics, including desks for the young students. A donor is involved and I give my time and sing for the kids and they, in turn, perform for us then we all sing together. My song “Never Fall” will feature some footage from the handout events in Mpumalanga Province in South Africa. It will be released sometime in 2019.

Photo Credit: This image of Jann Klose is courtesy of Glass Onyon PR.