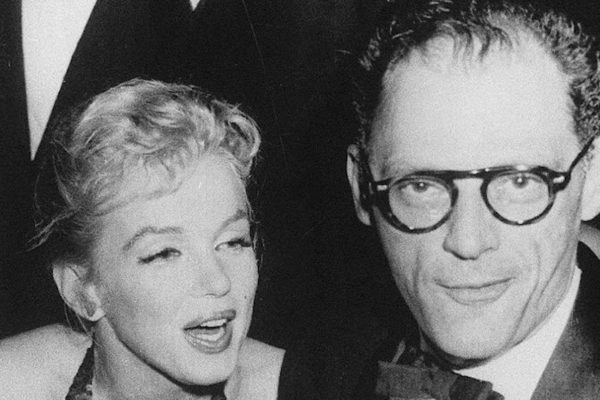 As a cinephile, I’m always hungry for more weird trivia on movie history, so I’m totally the target demographic of You Must Remember This, a podcast dedicated to the “secret and/or forgotten history of Hollywood’s first century.” Written, produced, and narrated by film critic Karina Longworth, the podcast mixes in-depth research, cultural criticism, deadpan humor, and silver screen lore, and has bolstered its cultish fan base with raves from The A.V. Club and Vanity Fair among others. Below are a few standout episodes sure to reel in even the most casual of film buffs, so put in your new ear-buds and get started!

1. The Blacklist: Elia Kazan & Arthur Miller (2016): 2 Episodes
Longworth’s most recent miniseries focuses on the Blacklist created when the House Un-American Activities Committee accused certain artists of being Communists. While many actors, directors, and writers saw their careers ruined, one actually benefited (in part): Elia Kazan, the famed auteur who made Brando, Beatty, and James Dean stars. Angered by Kazan’s betrayal, Arthur Miller (one-time husband to Marilyn Monroe) severed ties with the director and wrote The Crucible, a parable about the Salem Witch Trials (his stand-in for the McCarthy Trials). In these two episodes, Longworth explores their shattered friendship and artistic legacies. Classic Hollywood history.

Listen to the episodes here (or on iTunes): Elia Kazan, Arthur Miller

2. Charles Manson’s Hollywood (2015): 12 Episodes
If listening to all twelve episodes on a serial killer scares you, go straight to Episode 5 about Manson’s ties to Beach Boy Dennis Wilson or Episodes 7 to 10 about Sharon Tate and Roman Polanski. Be forewarned: Longworth doesn’t flinch when it comes to the gruesome details of the Manson Murders, instead detailing how this act of “helter-skelter” had a lasting influence on our culture at large. The whole series is utterly gripping (and an incredibly addictive real-life companion piece to this summer’s bestselling novel, The Girls by Emma Cline).

3. Madonna, From Sean to Warren Parts I & II (2014): 2 Episodes
This two-parter about the Material Girl’s tempestuous relationships with Sean Penn and Warren Beatty is deliciously dishy. Especially considering it all coincided with her Like A Prayer album, her David Fincher “Vogue,” and her documentary Truth or Dare. Longworth illustrates how Madonna’s own cinephilia bleeds into her most iconic work, even in the midst of two high-profile romances. A guilty pleasure from start to finish, this podcast miniseries will make you feel like a virgin all over again.

Listen to both parts here (or on iTunes): Madonna, From Sean to Warren Part I

4. Marlon Brando 1971-1973 (2014): 1 Episode
This fine standalone looks at how the greatest movie actor ever resuscitated his career in the 1970s with The Godfather and Last Tango in Paris. Longworth investigates Brando’s social activism and its impact on his public image (he refused the Oscar via Sacheen Littlefeather in ‘72) as well as his notorious reliance on cue cards and improv while shooting these comeback films. Using interviews from an archivist at the Marlon Brando Estate, Longworth delves into Brando’s tricky relationship with work, fame, and his own personal demons. It’s a captivating portrait of an icon during his last career peak.

5. Liz <3 Monty (2014): 1 Episode
One of Longworth’s strengths is her ability to humanize a Hollywood legend as big as Elizabeth Taylor. Rather than profile the actress in full, Longworth zeroes in on her friendship with Montgomery Clift, specifically their time together shooting A Place in the Sun. Though there’s been endless speculation about the true nature of their relationship—especially given Clift’s sexual preferences—Longworth shows how the pair relied on each other through dysfunctional marriages (Liz’s, naturally), Clift’s addiction problems, and the horrific car wreck that left the once exceedingly handsome actor disfigured and in despair. Theirs was a bond as melodramatic as any of their movies.

Listen to the episode here (or on iTunes): Liz <3 Monty

0 comments on “Here’s Listening to You, Kid: 5 Picks from “You Must Remember This” Podcast”