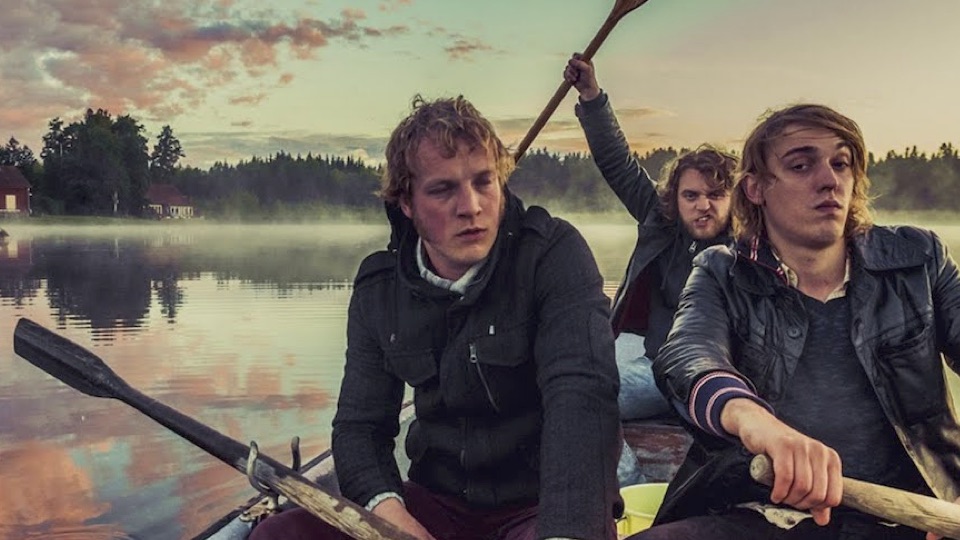 Rock music, understandably, is indelibly linked to its birthplace, the USA. Since its origins in the 1950s, however, this music has reverberated around the world, sending lightning bolts of inspiration into the souls of many an aspiring musician. It would be safe to say that there isn’t a country on the planet that hasn’t produced a home-grown rock band. Listed below are ten fine examples of global acts, with styles ranging from classic to psychedelia, prog, and beyond.

Long underrated as a source of fine music, Finland features twice on this list. Hanoi Rocks formed in 1979 and were the first Finnish act to chart in the UK (with 1983s Back To Mystery City). They toured across the UK and US. In fact, their first US tour, in ’84 ended in tragedy, when drummer Nicholas Dingley died from a car accident. Hanoi Rocks broke up the following year but reunited between 2001-2009. The band brought plenty of punk energy to their music, which remains a highly entertaining listen.

Soundtrack of Our Lives – Sweden

Sweden’s Soundtrack Of Our Lives enjoyed critical and commercial success during their seventeen-year run (from 1995 to 2012). Like their contemporaries, England’s The Darkness, Soundtrack Of Our Lives drew heavily on classic 70s bands such as The Rolling Stones and The Stooges. Arguably, however, SOOL brought more originality to the table. Though accessible and melodic, the band displayed admirable ambition and invention, bringing an artistic flair and intelligence to the scene.

You couldn’t write up a list such as this without including Scorpions. Guns ‘N Roses, Def Leppard, and Metallica have all acknowledged a debt to the German rockers, but they will always be best known for their multi-million-selling international hit, 1990s “Wind of Change,” which became an anthem for the political revolutions in Eastern Europe during the late 80s and 90s. The group had actually been going for some twenty-five years before then. They celebrated their 50th anniversary in 2015 and are still playing and touring today.

A singular entry on this list, Finland’s Hurriganes, formed in the early 70s, celebrated the dawn of rock ‘n roll, eschewing later prog embellishments to fire out turbo-charged blues-rock versions of 50s hits, as well as their own original material. In this respect, they were somewhat ahead of the game, predating the late 70s and 80s retro-rock or psychobilly movement. Hurriganes offered more than a homage or pastiche, they were a fine group of players, and their music holds up very well.

Another trailblazing band, Japan’s Loudness, formed in 1981, was one of the first rock groups from that country to achieve wide distribution across the US and UK. Guitarist Akira Takasaki has been the only constant member across an astonishing 26 studio albums and numerous live ones. Their records have on occasion been released as separate English and Japanese-language versions. Musically, you’ll hear a clear Black Sabbath influence, as well as a host of 80s rock bands. That’s not to denigrate their sound. Loudness can stand proud alongside the best.

The Central American country of El Salvador may not be the first that springs to mind when it comes to classic rock, but Steady Rollin may well change that. This is a talented contemporary trio who brings a fresh twist to Western rock. A notable point of interest is that the group’s drummer, Benjamin Andrade, serves as Yamaha Music’s official drummer for that country (that’s surely an interesting list in itself.) Rock trios are always great to hear, and Steady Rollin veer more to the melodic, thoughtful side of the road. The world needs bands such as this.

Probably one of the most celebrated groups in this selection, certainly by the rock cognoscenti, Holland’s Golden Earring dates back to the early 1960s, and released their last record in 2015. Their most famous song, 1973s “Radar Love,” reached the top twenty in both the UK and the US, but this is a group whose entire discography is worth exploring.  Inevitably, thanks to numerous line-up changes and their lengthy career, there are highs as well as lows, but Golden Earring are seldom less than interesting, and there is much in their back-catalog to enjoy.

An exceptional band, especially live, Holland’s Birth Of Joy was an eclectic act that drew inspiration from a wide variety of sources, including folk, prog, and psychedelia. One of the shorter-lived outfits presented here, Birth Of Joy were no slouches, performing thousands of concerts across the globe. They were a quality act, capable of conjuring fascinating, hook-laden sonic landscapes. For a special treat, check out their 3LP/2CD set Live at Ubu. You won’t be disappointed

For fans of something a bit different. Denmark’s Savage Rose, formed in 1967, brought a progressive attitude and experimental leaning to the rock scene. You’ll hear psychedelia here but also traces of Danish folk music, jazz, and, most pointedly, the extraordinary voice of lead singer Annisette. Kate Bush must surely have been a fan. Annisette’s eerie, passionate and off-kilter delivery remains strikingly affecting.

A personal favorite of this writer for good reason. Their 2004 album Ta det lugnt (“Take It Easy”) remains one of the great overlooked classic rock albums. Led by multi-instrumentalist Gustav Ejstes, who also takes lead writing, mixing, and production duties, Dungen combines elements of psychedelia, shambling garage rock, prog rock, and folk to produce something entirely distinctive. Think the harder side of The Kinks mixed with Love and you won’t be far off.

Photo: Birth of Joy (from birthofjoy.com)

6 comments on “10 Great Rock Bands from Around the World”