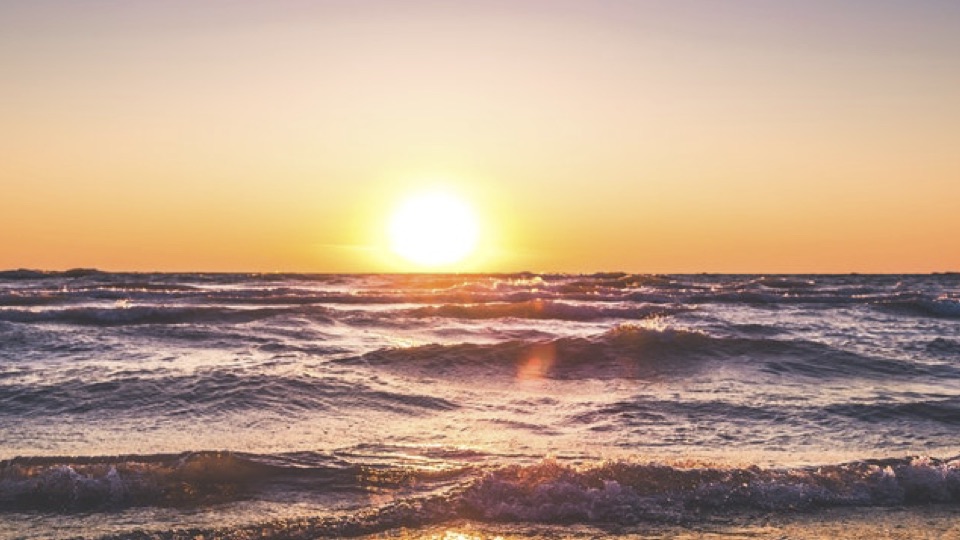 What makes a good Summer record? A lightness of feel, surely, and a bright disposition reflected both musically and lyrically. The perfect album for hot days should be breezy and fun, with enough depth and style to stick it on repeat. We present, for your heatwave pleasure, a prime collection of trusted classics and recent arrivals:

The second album by the Boys. It may not display the layered sophistication which was to come, but from the opening bars of the title track, Surfin’ USA serves up a dozen welcome slices of uniquely Californian rockabilly fun. The hustling, bustling “Honky Tonk” cruises along sunny boulevards with the top down. “Misirlou” shimmies across the night-time dance floor, and “Surf Jam” does exactly what it says, riding the swells in style.

“Beneath the be-bop moon, I wanna croon.” Marc Bolan’s glam-rock masterpiece remains ridiculously infectious. “Mambo Sun” will have your feet moving and your mouth smiling before you know it. This is music that infuses your entire body with its spirit. The poignant “Cosmic Dancer,” which many will know from the film “Billy Elliot,” flies past like a cool breeze. “Get It On” swaggers with good-natured aplomb. A feel-good album with plenty of depth.

She may not (yet) be a household name in the English-speaking world, but Marisa Monte is a huge star in her native Brazil. A four-time Latin Grammy Award-winner, this is Monte’s first solo album in ten years. Portas more than repays the wait. It’s a record packed full of tropical goodness. Flowing vibes, beautiful melodies, and Monte’s honeyed voice conjure up a verdant, accessible soundscape of notable wonder.

Described by a better writer than me as “a mine of three-minute pop marvels.” There is no way to say it better. This is pop at its finest – instantly memorable melodies set to pitch-perfect arrangements. Strings swell like sunbeams, drums shuffle and skip, guitars strum out eminently catchy hooks and Ian Broudie’s voice drifts like a white cloud through a blue sky. Guest vocals by the great Alison Moyet go down a storm. “Woke up and smiled this morning, wishes swam like fishes round my head…”

At the heart of every Go! Team record lies a ball of fun so big it could block out the moon. This insanely catchy mix of bouncing brass, sassy vocals, and processed beats, all set to an unabashed psychedelic backdrop, is impossible to ignore. Opener “Grip Like A Vice,” does just that, blasting out on a wave of joyous energy. “Doing It Right” mixes old-school hip-hop sensibilities with bubblegum pop. The whole album serves up a delightful confection of sunshine treats.

The splendidly quirky Wes Anderson film The Life Aquatic was memorable as much for its music as for Bill Murray’s eccentric oceanographer. With just acoustic guitar and voice, Brazilian Seu Jorge transforms David Bowie’s best material into swaying, South American dreams. “Star Man” sparkles and shines over lilting, strummed strings. “Changes” is transformed into an exquisite, finger-picked ballad. “Life On Mars,” if anything, sounds more wistfully magical than the original. A charming album.

Despite what John Lennon said, Presley made some fine records upon his return from his stint in the armed forces. This is one of his best. Starting with the shuffling, upbeat, “Make Me Know It,” Presley injects such passion and joy that only a true cynic could disapprove. “Dirty, Dirty Feeling” bounces with irrepressible energy. “Such A Night” rocks and rolls with a big smile on its face. The shambling blues of “Reconsider Baby” is a gem, and then, of course, there’s “Fever.”

On The Beatles’ second album, the band sounds as fresh and invigorated as they ever would. There are a host of highlights to choose from. “All My Loving” romps with double-time strummed guitars and sing-a-long chorus. The Spanish-tinged “Till There Was You” is as sweet a love song as you could ask for. On “Please Mister Postman,”  the boys offer up a loose-limbed, full-hearted rendition that easily equals the original. “It Won’t Be Long” rattles the walls with its exuberance.

This is Wonder at his most playful, bringing his magic touch to every track and casting out hooks as if they were confetti. “Did I Hear You Say You Love Me” lays down a rolling, Motown beat with disco dance-ability. “I Ain’t Gonna Stand For It” races with funky vibes. The standouts, of course, are the wonderful “Master Blaster” – as delicious an offering of reggae as you could ask for, and the shimmering “Happy Birthday,” which has long since become the unofficial black-American anthem for every cake-cutting anniversary.

You could easily switch out any album from Marley’s discography, but this seems like a good opportunity to highlight this oft-overlooked set. Put your feet up in the garden with a cool drink, feel the warmth of the sun on your limbs, and let this sublime reggae record absorb itself into your soul. “Sun Is Shining” echoes with deep bass and tinkling percussion. “Is This Love” pours out of the speakers like cool water. “Time Will Tell” weaves an unforgettable spell as the sun sets.

Photo by Travis Rupert from Pexels

0 comments on “10 Perfect Albums for Your Summer”