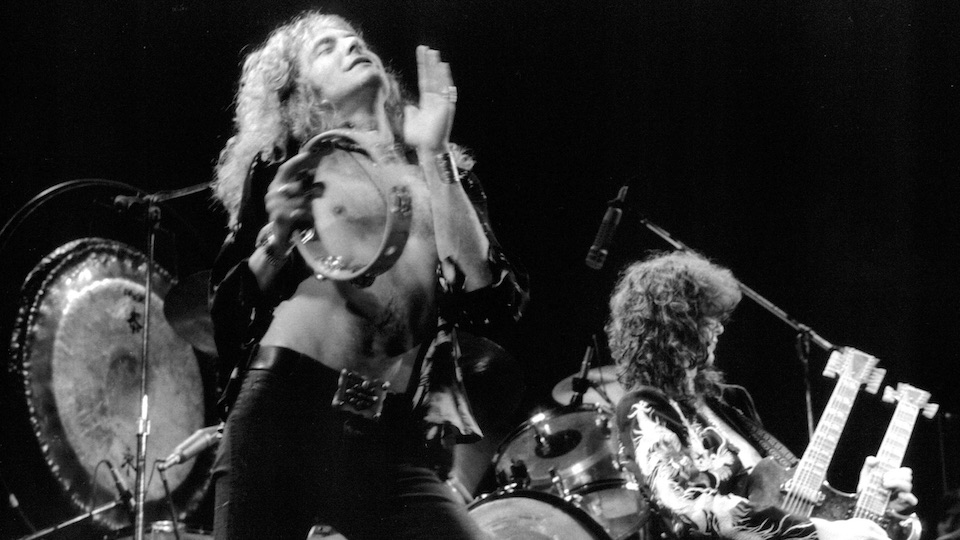 Cultural exchanges and cross-pollination of musical ideas and instruments have driven popular music forward for the last few hundred years, at least. Without such intermingling, there would be no blues music, no jazz, and no rock and roll. In the 1960s, when Ravi Shankar exposed Westerners to the sound of the Indian sitar, and bands such as The Beatles began to explore Eastern themes and modes, it opened the floodgates to a new world of collaborations and inspirations, often with fascinating results. Here are ten wonderful artists and bands whose work blended Western music with Asian elements.

Indian composer and virtuoso sitar player, Ravi Shankar, may be the most recognized Indian musician in the West. During the 60s, America’s fascination with psychedelia and spirituality opened ears to new sounds, not least the meditative playing of Shankar. He recorded a literal example of musical cross-pollination with the album West Meets East (1967), composed by Shankar with American violinist Yehudi Menuhin, and even appeared at the Monterey International Pop Festival. Shankar’s relationship with The Beatles’ George Harrison (see below) led to the sound of the sitar being heard, for the first time, by millions outside of its native continent.

Both as a member of The Beatles and as a solo artist, Harrison must count as one of the most famous Western musicians to have explored Eastern instruments and compositions. The Beatles’ interest in India dates to 1965 and continued for the following three or four years. See Harrison’s Beatles’ songs “Love You Too,” Within You Without You” and “The Inner Light” for good examples. As a solo artist, one of Harrison’s most-loved tracks, “My Sweet Lord,” referenced the Hindu God, Krishna.

Although their period at the top was relatively short-lived, California band The Byrds were one of the most influential 60s rock groups. They were also among the first to incorporate Indian instruments and compositional techniques into their sound, as most prominently displayed on their underrated 1966 album Fifth Dimension. Indeed, a press release for a song taken from that record, “Eight Miles High,” coined the term “raga-rock,” to describe this merging of musical ideas. Influenced as much by Ravi Shankar and John Coltrane as by rock ‘n roll, The Byrds’ music remains a wonderful listening experience.

A spiritual successor to Talvin Singh (see elsewhere on this list), Kai Norton, who records as Zen Dub, fuses drum ‘n bass with world music, mixing real instruments with synth sounds. Norton cites time spent in both Asia and Latin America as major influences, stating a desire to bring the modern and the ancient together. A keen proponent of the concept of mindfulness, Norton’s music is a blend of chill beats and Eastern vibes.

Contemporary musician Raghu Dixit blends classical Indian music with sounds drawn from across the planet, including new wave, American classic rock, and bluegrass. His style was so new that it took a decade of tireless work, during which Dixit was rejected by nearly every record label in India, before his striking music finally found a home at Vishal-Shekhar Records. Dixit has played concerts for over 100,000 people in Karnataka (South India) alone and has featured at the legendary Glastonbury Festival, England.

The two former members of legendary rock band, Led Zeppelin, have long been interested in Eastern music and global sounds. With their album No Quarter, the duo embarked upon an ambitious project, reworking Led Zeppelin songs for live performances in collaboration with an Egyptian Orchestra and Moroccan musicians. The results are a stunning amalgamation of classic rock with Eastern tones. Led Zeppelin standards, including “No Quarter” and “Kashmir” find new life as revealed through this fascinating union.

Highly influenced by American and English 60s rock groups such as The Beach Boys, The Beatles, and The Kinks, and later acts including Queen and David Bowie, Japanese rock group Uverworld are another example of musicians lending a unique cultural twist to classic music. The band’s name itself means “crossing over the world.” To date, Uverworld has released nine studio albums, selling millions.

A founding member of English seminal post-punk band Public Image Ltd, as a solo artist bass-player Jah Wobble was a pioneer of “world music.” With his mid-90s album Take Me To God, Wobble began a series of wonderful records in collaboration with artists from many different countries. Highlights include Molam Dub, with traditional players from Laos, Chinese Dub and Japanese Dub, the latter two also featuring musicians native to their respective countries.

English-born Talvin Singh, a master tabla player (Indian hand-drums) was arguably the first musician to fuse classical Indian music with modern electronic and drum ‘n bass sounds. Singh has collaborated with Massive Attack, Björk and Madonna, among others, winning the Mercury Music Prize for his debut album, Ok which was recorded in New York, London, Mumbai, Okinawa and Madras, and featured musicians drawn from both hemispheres.

1 comment on “10 Rock Fusions That Blend East and West”