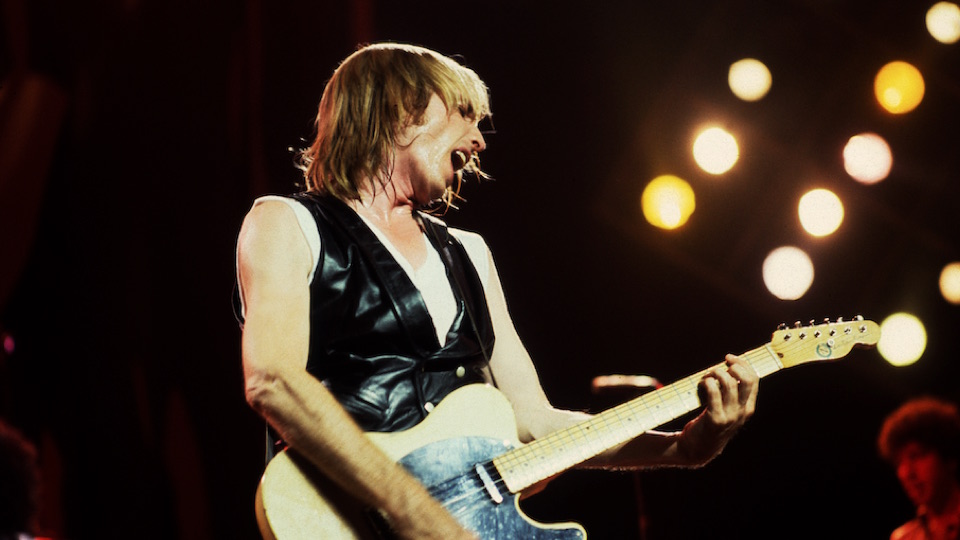 Rock and Roll heroes have been leaving this world. Gregg Allman, David Bowie, Prince, Glenn Frey, Dusty Hill, Charlie Watts, Tom Petty.  Glenn Frey’s passing stung, but Tom Petty’s death was a gut punch. Tom Petty and the Heartbreakers got me through high school, and high school sucks. If you were one of the beautiful or popular people back in high school, good for you. But, if you were like me, awkward, pimply-faced and invisible to girls, welcome to high school reality for most of us.

Obviously, Tom Petty and I weren’t friends. But I knew him. I knew him, like most music fans, through his songs. Famous rock stars have little trouble getting girls to notice them. Petty’s songs seemed to say just the opposite. He was like me. We were insecure around girls. Wanting to be noticed…chosen. We wondered what “the deal” was when relationships sputtered or failed to launch. He wrote about it all rock and roll style. Tom Petty and the Heartbreakers recorded four albums between 1978 and 1982, the time between my freshman year in high school and my sophomore year in college. Thank God. Tom Petty’s song power on those albums was massive. And I needed those songs.

You’re Gonna Get It

In 1978, the year Petty released You’re Gonna Get It, I had a massive crush on Becky. She had Farrah Fawcett’s hair and a smile that killed. We were friends, but I was a freshman competing against guys that were older than me. Some had mustaches! I had no chance. Tom Petty wrote “Listen to Her Heart” just for me. I was certain that after Becky weighed all her guy options, she would see that no one knew her like I did. We were meant to be together. Between that track and “I Need to Know”, it seemed like the album was built around my life. I wore that record out. Actually, it was an 8-track. I still remember the exact moment where “Listen to Her Heart” switched tracks in mid-song. Over time, I think Becky would have come around. But my family moved across the country so that was the end of that. You’re Gonna Get It was my first taste of Tom Petty and the Heartbreakers. That album would set the stage for three more albums that would end up becoming the soundtrack of my attempt at young love.

Damn the Torpedoes was released toward the end of 1979. It went triple platinum. After a nasty legal battle with MCA records over publishing, Tom Petty’s “go to hell” attitude with the crooked record establishment showed in his songwriting. Of course, all that was lost on me at the time. It was my sophomore year in high school. To me, it was all about girls…again. I suffered a string of “Don’t Do Me Like That” moments. I had gotten a job at a movie theater in town. The girls that sold tickets in the booth were all goddesses. They were behind glass, both figuratively and literally separated from me as if on another planet. I remember fantasizing that one of them might be, could be, my girlfriend. I’d play “Here Comes My Girl” in my head as they came through the theater doors to start their shift. Although I surely felt like my lack of success in the romance department was probably not going to change anytime soon, Tom Petty sang that “Even the Losers” get lucky sometimes. Those three songs, those three. How could Tom Petty not know what it was like to be me?

Once, I mustered up the courage to ask out my dream girl, Nancy Abbott. We had several classes together, but we weren’t exactly friends. We knew each other and that’s about it. I approached her at her locker between classes and nervously asked if she would like to grab some pizza and see a movie sometime. She laughed at me. She didn’t just chuckle and say no thanks, she laughed and couldn’t stop. I turned around and walked off. I’ll never forget it, not because it hurt my feelings so much, although it did, but because it was just so damn strange. Screw it. Tom didn’t give a shit, so I wouldn’t either.

Just before I graduated from high school, class of 1981, Tom Petty and the Heartbreakers released Hard Promises. After Damn the Torpedoes, I was super pumped to buy this album. In fact, I bugged the guy at Sound Warehouse so much about getting this album, that he gave me a promotional copy. I still have it. What I still didn’t have was a high school steady, but I was getting close. I had my eye on Kelly Cooney. We were friends, and we went out on a few dates, but it wasn’t exactly a hot romance. I was game, she…not so much. I wasn’t sure why at the time, but later found out that there was another guy in the picture; I was basically second choice. I was waiting for her to come around. Well, how apropos. Tom Petty and the Heartbreakers came through with one of their most successful singles to date: “The Waiting”. Petty was right, the waiting is the hardest part. In fact, it was excruciating.

Summer came, I graduated. College was coming, and I was excited to leave town and go to a new city. Kelly and I kept up with each other for a while, but that fizzled and I was fine with it. There is a saying that in college, every guy was the star quarterback on their high school football team. In other words, no one knows anything about your past when you start college, and no one cares. Your street cred in high school is over. It’s true.

Things were different in college. I went to a small liberal arts school in Texas, Southwestern University. The campus was small, so you really got to know people. I met Elaine. Who names a girl Elaine? She smelled good. She played soccer. She had such smooth skin. I was hooked. I didn’t know it at the time, but this was what I’d later find out was chemistry. At least on my end.

And so it began — my first attempt at a relationship. It didn’t go great, but it wasn’t a disaster either. In the end, it was a Hard Promises track that sealed my fate, “A Woman in Love (And It’s Not Me)”. It was a brutal and heartbreaking lesson. Ironic, huh? You know the Gibson Flying V guitar that cuts through the heart on the Tom Petty and the Heartbreakers logo? That’s what it felt like.

Petty released Long After Dark in 1982, just in time. There were two songs on that album that proved almost autobiographical. Again. How can that even be? As I moped around licking my relationship wounds, I found hope in “Change of Heart”. I figured my ex would realize that she had made a huge mistake and we would get back together. I cranked that song in my car and belted out the lyrics countless times. There was no change of heart. Then, there was “You Got Lucky”. Tom told me it was her loss. Good advice because good love is hard to find, and I was figuring that out. Man, it sucked. Tom Petty knew it sucked, too.

On January 27, 1983, I saw Tom Petty and the Heartbreakers at the Frank Erwin Center in Austin, Texas. It would be the only time I’d ever go to one of his shows. My seats were in the way, way back section. About halfway through the concert, I got up the nerve to go up front and sit in an empty seat. Tom Petty was 20 feet from me. God, he looked cool. It was the closest I’d ever been to any famous person. But this was Petty. Tom Freakin’ Petty. His voice sounded just like my records! I just stared at him. I watched him sing and play. I watched him walk around the stage. I think he looked at me. It was perfect. Maybe that’s why I never went to another Tom Petty concert. I’m not sure.

Like so many, Tom Petty’s death rattled me. I’m still in a funk. Logically, it seems strange to mourn a person I didn’t really know. But we were best friends once. From 1978 to 1982 we were great pals. He rode shotgun in my Camaro. We talked about girls…a lot. Tom Petty taught me that I would always be enough.

Mike Judge, who worked with Tom on his animated series, King of the Hill, said Tom Petty was, “the nicest, most humble and unassuming rock star you could ever hope to meet.” That made me happy. He was also a voice in my ear. He wrote songs that expressed what it felt like to be a man in search of becoming. Saying thank you seems so inadequate.

5 comments on “What Tom Petty Taught Me About Girls”