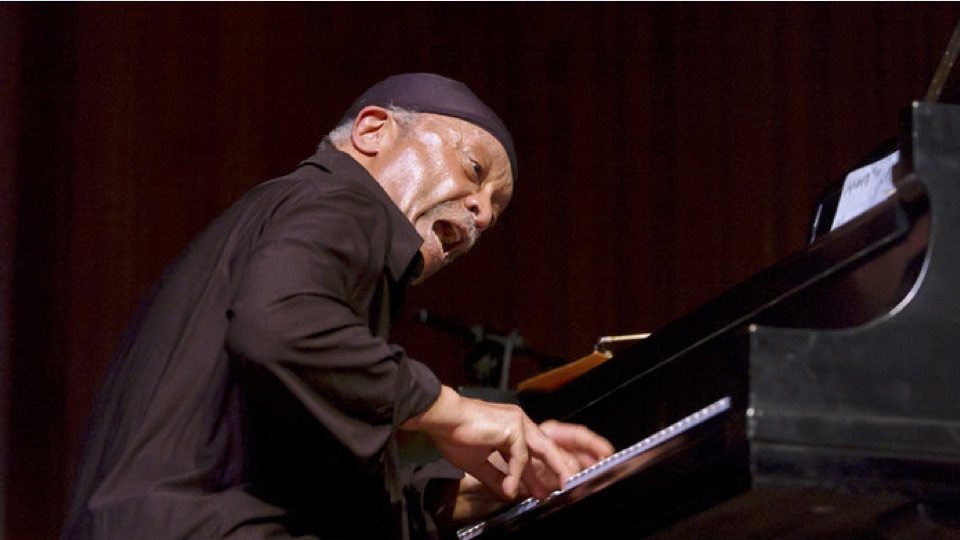 In the ’60s and ’70s, sonic adventurers like Cecil Taylor, Albert Ayler, Don Cherry, and the Art Ensemble of Chicago redefined jazz by refusing to define it. Their embrace of a completely boundary-free approach to the music opened up new avenues of possibility that are still being explored decades later. Now sonic spelunkers ORG Music are reissuing classic albums from that era by all the aforementioned artists, marking the first time these records have been widely available on vinyl in the US since the ’70s. Vibrations by Albert Ayler & Don Cherry, Silent Tongues by Cecil Taylor, and Tutankhamun by the Art Ensemble of Chicago are all being given a first-class flight from the past to the present, and they sound as fresh as ever.

Andrew J. Rossiter, the man behind ORG, says, “All three of our ‘free jazz’ releases originally come from the Freedom Records catalog, a hugely important yet under-appreciated imprint of the Black Lion jazz label. Each record was remastered for vinyl and pressed at Pallas Group in Germany. Original liner notes are included, with packaging artwork that speaks to the integrity of the original Freedom brand.”

Recorded in Copenhagen in 1964 when the avant-jazz movement was just picking up steam, Vibrations was originally released on Denmark’s Debut label in ’65 under the title Ghosts and didn’t see a US release until Freedom put it out in 1975 with a new name. Vibrations features a powerhouse rhythm section of bassist Gary Peacock and drummer Sunny Murray, simultaneously supporting and sparring with Ayler’s sax and Cherry’s trumpet on pieces that mix preconceived melodic statements with full-on freewheeling explorations.

“We previously released Vibrations as a limited edition color vinyl pressing for Record Store Day Black Friday in November of 2017,” explains Rossiter. “Having been out of print for decades, the album quickly sold out, and fans were requesting more. It felt like a shame to allow this classic record to go out-of-print yet again. As we continue to bring back more avant-garde treasures from the Freedom Records catalog, it only seemed appropriate to revisit this seminal title with a wide release on black vinyl. The recordings were remastered and given our audiophile treatment with a 180-gram black vinyl pressing.”

A solo piano tour de force, Silent Tongues is a live recording from the 1974 Montreux Jazz Festival, first released the following year on Freedom. Challenging conventional concepts of tonality and structure, the ideas that flow from Taylor’s fingers are like a complex series of weather systems. The master pianist guides the audience expertly through the storms and squalls as easily as the gentler conditions encountered along the way.

“It’s one of the first Cecil Taylor records that I personally owned,” reveals Rossiter, “and it became a constant reference point for me while exploring more of Taylor’s work. It was an honor and a privilege to help shine a new light on this amazing performance, which had been out of print for nearly four decades. We previously released the album on colored vinyl as an exclusive for the Vinyl Me, Please member store. Now it will be widely available to all, as it should be.”

Before ORG got its hands on this record, originally released in 1974 by Freedom, it was never available on its own in the U.S. (Freedom made it available in America the following year as part of The Paris Session.) It was recorded in Paris in 1969 when reedmen Roscoe Mitchell and Joseph Jarman, bassist Malachi Favors, and trumpeter Lester Bowie were exploding with energy and creativity. In a session that stands right up alongside the best of their discography, these linchpins of the avant-jazz movement reveal every side of their musical personalities: jokers, magicians, prophets, poets, and leaders, pointing the way towards what was next for jazz.

“Tutankhamun is widely cited as one of the more influential albums of the 1960s free jazz movement,” says Rossiter. “As we considered titles to resurrect from the Freedom Records catalog, this was an obvious choice, given that it had been out of print for over 30 years. I’m excited that we were able to add two bonus tracks, not included on any of the previous vinyl pressings; ‘Tthinitthedalen’ Parts 1 and 2, which close out sides A and B, respectively.”