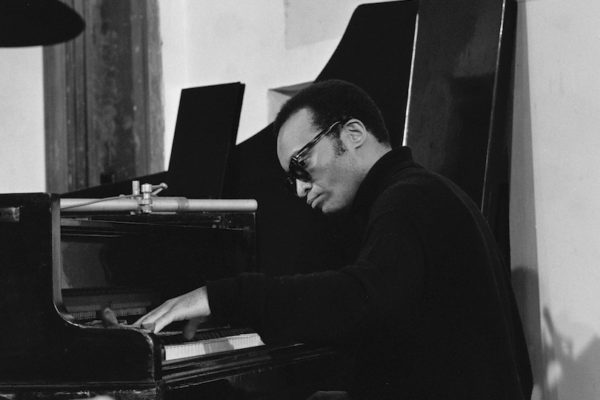 After Cecil Taylor passed on Apr. 5, 2018 at the age of 89, most of the memorial salutes to the groundbreaking pianist described him as a pioneering figure in free jazz. Of course, that’s true but it’s only a part of what Taylor was about. In addition to being one of the musicians most responsible for breaking jazz out of its bebop box, he was an artist heavily informed by the European classical tradition as well as the “new music” avant-garde. On top of all that, he was a ballet composer and a poet. It would not be unreasonable to speculate that it was mostly institutionalized racism that kept Taylor pigeonholed as strictly a jazzman, when in fact he had as much in common with white avant-garde contemporaries like John Cage and Morton Feldman as he did with jazz peers like Ornette Coleman and John Coltrane.

Early On
Taylor began his recording career in 1956 with the Jazz Advance album. Free jazz wasn’t even an idea on anybody’s mind yet. As he would continue to do for the next several years, Taylor cut a combination of his own tunes and those of others (Monk, Ellington, etc.). But even at this early juncture, he took them so far outside that it already represented a revolutionary leap in musical thinking.

In an unpublished interview that I conducted several years ago with Alan Silva, who played bass on milestone Taylor albums Unit Structures and Conquistador!, Silva observed, “Cecil started really [re]organizing the traditional way of harmony, ’cause he was a classically trained composer. He studied in a New England conservatory. So he started reorganizing a lot of popular music ideas, putting new chord changes and doing totally different types of melodies on top of these new chords. But the idea of a free composition, that didn’t exist.”

Busting Out
By the time he recorded 1962’s Nefertiti, the Beautiful One Has Come, Taylor was working with saxophonist Jimmy Lyons and drummer Sunny Murray, who had a huge hand in helping him push his approach further into the stratosphere. At this point Taylor’s band kept just a tiny toehold in jazz tradition; for the most part, theirs was an unfettered adventure in sound.

After that, Taylor didn’t record again for four years, but when he did, the results were astonishing. He reemerged in 1966 with the landmark album Unit Structures, retaining Lyons in a band that also included two bassists (Silva and Henry Grimes), sax man Ken McIntyre, trumpeter Eddie Gale, and drummer Andrew Cyrille. It was here that Taylor’s vision of improvisation and his radical reorganizational ideas came to full fruition simultaneously. “That’s the beginning of the Third Stream school,” said Silva, “which is the link [between] classical musical concepts in improvisation with classical musical concepts in jazz. You could see the pivot point, the downfall of the chord changes…that was a direct attack on the way music was being organized.”

Ever After
Where do you go after you’ve already turned music upside down and inside out? If you’ve got a relentlessly searching, endlessly creative soul like Cecil’s, you keep exploring every possible artistic avenue for as many decades as the universe will allow. After his game-changing ’60s work, Taylor investigated a multitude of new landscapes.

He pursued solo performance, covering as much tonal ground behind the keyboard of his mighty Bösendorfer as he could with an entire band. He entered academia, teaching music at Antioch College and the University of Wisconsin. He wrote poetry, sometimes incorporating it into his musical presentations. He composed extensively for dance performances. He recorded scads of albums with countless top-tier musicians, forming a series of world-shaking ensembles including his late-’70s band with Lyons, trumpeter Raphe Malike, violinist Ramsey Ameen, bassist Sirone, and drummer Ronald Shannon Jackson, as well as his Feel Trio of the ’90s with bassist William Parker and drummer Tony Oxley.

By the time the Queens-born pianist died at the Brooklyn home he’d occupied since 1983, he had created multiple worlds big enough to allow inexhaustible exploration for lifetimes to come. So did Cecil Taylor play jazz? Did he play New Music? Did he play avant-garde improv? In the end, it might be more useful to say that Cecil Taylor simply played “Cecil Taylor.”

0 comments on “Cecil Taylor: Beyond the Boundaries of Jazz”