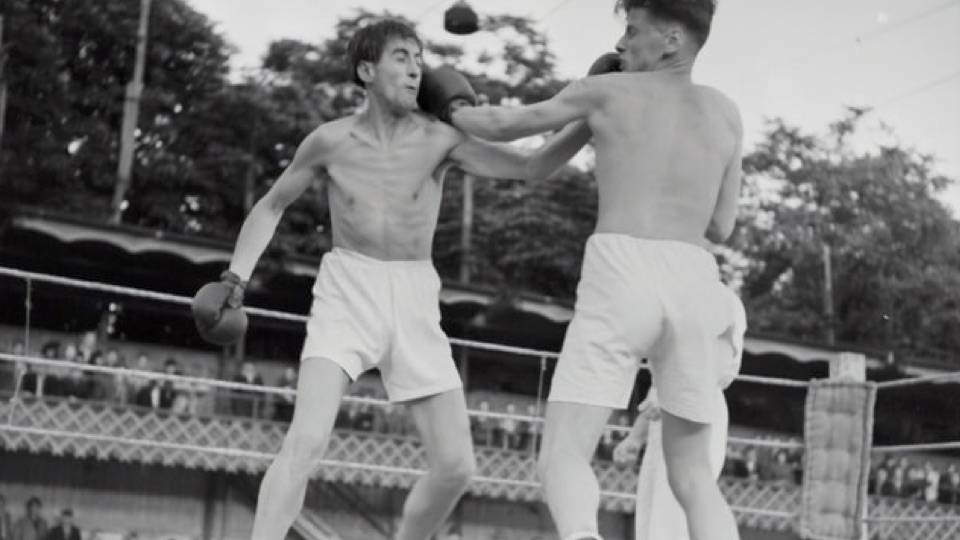 Remember back when the cool kids drove around town in their Pontiac Firebirds and shared tasty jams with the world by way of Jensen coaxial speakers and an Audiovox graphic equalizer? Good chance there was Zeppelin, or maybe a little Aerosmith blasting from the tape deck. Just you and your best friend, riding around town, puffing on a Winston, and talking about your high school crushes. Remember those days? Good times, man. You know what those young rockers didn’t do much of back then? Argue about rock and roll, that’s what. What’s happened to us?

Sadly, there has been a rash of old rockers barking at clouds and yelling at the neighborhood kids to stay off the lawn. Not so much in real life, but certainly online. The bickering is usually contained to a place no one should venture: the comment section. The arguments are mostly the same and definitely stale, with accompanying heels planted squarely on terra firma. So, with tongue planted partially in cheek, let’s delve into a few rock and roll disagreements, debates, and or grievances that should be retired…permanently.

Or as my dad would have said, it’s time to “Quit the bitchin’ and bellyaching!”

The Rock and Roll Hall of Fame

The Rock Hall has its issues. Plenty of them. The voting process is somewhat opaque, which isn’t a good look. There is, of course, the misconception that the Hall is all things rock and roll rather than what it truly is, a music hall of fame that encompasses several genres. Sadly, not all of the inductees are treated with the appropriate level of appreciation or respect. (Ask Steve Miller; he’ll tell you.) But the main beef music lovers have with the Hall is what fans view as its obvious and glaring omissions.

Every year it is the same thing. “Where the hell is Jethro Tull?” Or perhaps, “That band isn’t even rock and roll, man!” Or maybe, “How did that band get in? They suck!” But definitely, “The Hall of fame is a joke. I’ll never support that place!”

Here’s the thing, you can’t please everybody. Should Jethro Tull be in the Hall? Probably. Should Carole King, Foreigner, Bad Company, Pat Benatar, and The Go-Go’s be inducted? Hell yeah, they should…and many more. And maybe they will be one day.

Unfortunately, each year the noise about who is not getting enshrined in The Rock Hall is far louder than the celebration for the folks that are getting in, and that’s a shame. Can’t we just feel good for the inductees and what is perhaps their crowning achievement? The induction ceremony itself is must-watch television if you’re truly a music fan. And as far as the fans who decide they can’t support the Hall for whatever reason, well, there’s an amazing museum in Cleveland that is a music lover’s dream. Too bad you’ll be missing it.

John, Paul, George, and Ringo. That’s it. Those are The Beatles. Period. The list of possible “fifth” Beatles may soon include a guy named Paul Cole, who can be seen in the far, far background of the Abbey Road album cover.

Stuart Sutcliffe and Pete Best were in early versions of the band. At least, at one time, they were actual Beatles, so they have that going for them. George Martin, undoubtedly a musical genius, has often been called a fifth Beatle for his contributions to the band as a producer. Klaus Voormann was once described as a fifth Beatle. He was the artist that designed the Revolver album cover.

Paul McCartney himself reportedly dubbed former manager Brian Epstein the fifth Beatle. Other fifth Beatles include Billy Preston, Eric Clapton, Ravi Shankar, Yoko Ono, and Tony Sheridan. At least they were all musicians. Does the list go on? Yes, there are more, but I’ve made my point. Nothing should diminish the contributions of other artists to what the Beatles were or later became. That said, “Fifth Beatle” articles are tired and played out. Move along.

What exactly is Prog-Rock?

Prog-Rock enthusiasts are quite opinionated, er, I mean, “passionate” about their little corner of rock and roll. “Prog- Rock,” or progressive rock, is a broad label for a sub-genre of rock that’s extremely hard to define. In fact, it’s a moniker that means everything to the point of meaning nothing. Being a “progressive” band does not necessarily define you as prog-rock. The Beatles were obviously progressive, but many prog-rock enthusiasts would scoff at the notion that The Beatles were truly a prog-rock band.

If you want to be a prog-rock band, slap some psychedelic art on the cover, write some far-out, poetic lyrics, make sure you have a violin or flute player in the band; and last, but not least, have at least one song that is fourteen minutes long.

There’s a problem that comes from strictly defining progressive rock. That’s because rock and roll, by its nature, has spent decades evolving and redefining itself. It’s experimental by design. Some bands like King Crimson or Yes may have tip-toed closer to the edge of the prog-rock diving board than many other bands, and that’s cool. But if the definition of progressive rock becomes too narrow, then any discussion about the genre gets limited to only a handful of bands.

A passionate fan that flails and fusses over prog-rock specifics is not unlike watching some poor fellow get attacked by a swarm of bees through the safety of your kitchen window. You feel sorry for the poor guy, but there’s not much you can do about it. In fact, it’s almost comical.

Jiminy Freaking Christmas. Van Halen is about listening to Women and Children First, loudly on 8-track, while driving your 1978 Camaro swiftly out of the high school parking lot. Not Van Halen is listening to an OU812 cassette and getting your mom’s Dodge Caravan washed. Van Halen is forgetting about your high school girlfriend by listening to “Ain’t Talkin’ ‘Bout Love “and reading a Mad magazine by the light of a lava lamp.

Not Van Halen is crying over a breakup with “Why Can’t This Be Love” wistfully playing in the background as you violently hug your Cabbage Patch doll. Van Halen is playing air guitar to “Panama.” Not Van Halen is realizing the lyrics to “Right Now” repeat the words “Right now” around twenty times.

To be clear, I am not saying Sam Halen isn’t any good. They’re fine. They have a couple of catchy tunes. But with apologies to my good pal Mike Sarno, they are not nearly as badass as the DLR version of Van Halen. Not (right) now, not ever. And it’s not even close.

Shall we continue? The Grammys are a fun topic. Let’s not forget about the Super Bowl halftime show. (Your opinion on that twenty minutes will definitely show your age.) All in all, no matter which thread of the split hair you decide to champion, remember this: none of it makes any difference. Music is subjective and supposed to make us happy, dammit! And with that, I’m going to listen to the best album (Sticky Fingers) put out by the greatest rock band of all time (The Rolling Stones) on the best-sounding format ever invented (vinyl).