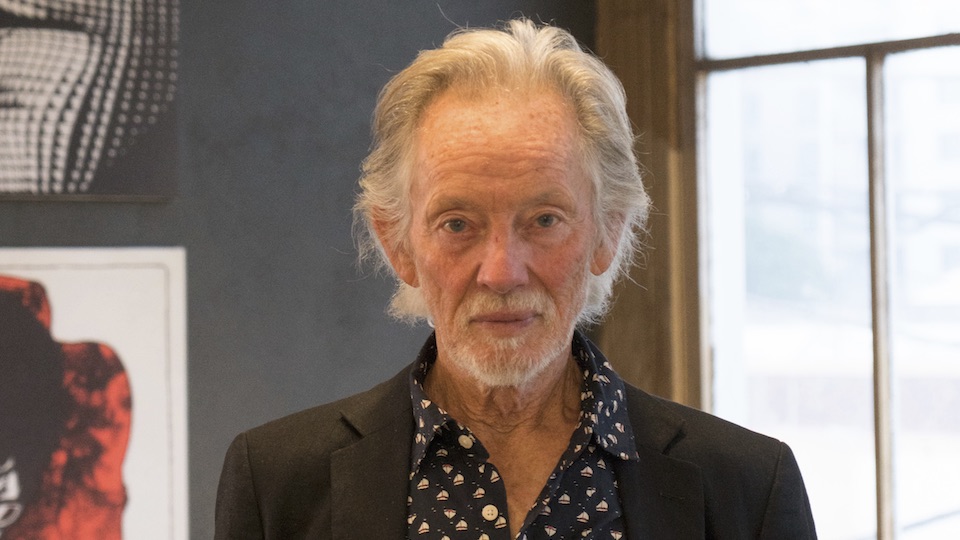 The “5th Beatle” moniker is a mythical mantle claimed by many. Back in 1964, radio personality Murray The K was probably the first to have crowned himself as such. More established nominees for the title include Jimmy Nicol, Stu Sutcliffe, Brian Epstein, and George Martin. Fans have engaged in this amusing game of solidifying that role. In recent years, Paul McCartney has weighed in, naming at various times, both George Martin and Brian Epstein.  I’d like to make the case for Klaus Voorman. He was there at the genesis – before the mania, moptops, and magic. Voorman has stated, “I was the 5th Beatle at the crack of dawn.”

Klaus Voormann, born 1938 in Berlin, stumbled across an early iteration of The Beatles during their epic Reeperbahn days as a raucous bar band in Hamburg, Germany. Those were the days of 14-hour amphetamine-fueled sets featuring beer-drenched covers of Elvis Presley, Little Richard and Chuck Berry from the band formerly known as The Quarrymen. This lineup of The Beatles included John Lennon, Paul McCartney, George Harrison, Pete Best (on drums) and Stu Sutcliffe on bass. Voormann’s stylistic and artistic influence permeated the band in such a visceral way that even his girlfriend, Astrid Kirchherr, served as muse for the band. She later became engaged to Stu Sutcliffe, who would pass away before the rise of Beatlemania.

When Sutcliffe left the band, Voormann offered his bass-playing services to The Beatles. He was rebuffed by John, who politely told him that Paul was picking up Stu’s bass and they would remain a quartet. Imagine how history would have turned with The Beatles roll call going like this: John, Paul, George, Pete (and/or Ringo) and Klaus! But, Voormann can safely say that he was a 5th Beatle during one gig in Hamburg when he sat in with the Fabs on bass.

And ultimately, Klaus Voormann earned a claim to 5th Beatle status with his cover design for The Beatles’ Revolver album. The album, filled with sonic, groundbreaking songs like “Eleanor Rigby” and “Tomorrow Never Knows,” is considered by many to be the best album The Beatles ever laid to wax. Revolver is an iconic testament to the timelessness of the band, and Voormann’s graphic design for the cover is just as important as the music.

His bass playing was also very much appreciated by the solo Beatles and his session work is well-regarded. Being entrusted to fill a cosmic musical space by a solo Beatle is a badge of honor. And Klaus Voormann wore that badge proudly on such hallowed solo Beatles albums as “Imagine” by John Lennon and “All Things Must Pass” by George Harrison. His minimalistic, melodic bass-playing on Lennon’s “Plastic Ono Band” is a revelation. The rhythm section of Ringo Starr and Klaus Voormann on that first solo foray of John Lennon’s is a musical epiphany. It also gives one pause to think of the “alternative universe” possibilities of a Beatles lineup that included the rhythm section of Klaus and Ringo. Listen to “Remember” off that album to get a full sense.

His creative efforts later garnered him a Grammy Award for Best Album Cover. Another Grammy earned by Klaus Voormann was for Album of the Year, with his bass resonating on The Concert for Bangladesh with old mates George Harrison, Ringo Starr, Eric Clapton, Billy Preston, and Leon Russell.

In the post-mania of The Beatles’ break-up, it was rumored that The Beatles were going to reform without Paul McCartney. This new incarnation of the band was rumored to be renamed The Ladders. It would feature Billy Preston on keyboards (another “5th Beatle” candidate!) and Klaus Voormann on bass, along with John, George, and Ringo.

The Ladders was another entry in The Beatles Urban Legend catalog along with “Paul-Is-Dead,” but you can hear what The Ladders may have sounded like on Ringo Starr’s 1973 John Lennon-penned track, “I’m the Greatest.” In this case, it’s John, George, Billy, and Klaus. It’s a glorious sound that this version of the “alternate” Beatles creates, and the closest we got to a Beatles reunion in John Lennon’s lifetime.

But Klaus Voormann did not simply remain a satellite in the Beatles Universe. He made regular studio contributions, playing bass on tracks by Harry Nilsson, Carly Simon, and Randy Newman, to name a few.

A respected artist and musician who resonated with the Fabs both pre- and post-breakup, Klaus Voormann can justifiably carry the moniker of “5th Beatle.” Most importantly, he was a true “mate,” their first real fan. Klaus was the one who fell in love with The Beatles all those years ago in Hamburg.

Look closely on the Revolver album cover and you can see a small picture of Klaus embedded within the numerous strands of hair from the four Beatle heads. The band got a good laugh out of that and agreed to keep Klaus on the cover. His small portrait on the album cover is quiet and unassuming. It’s as he’s staring at the band in silent admiration and firmly out of the spotlight  — as a friend.