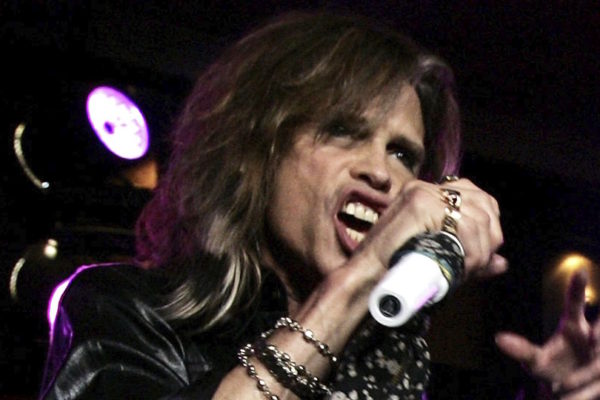 For over 40 years, the “Bad Boys from Boston” have defied that last part of the maxim, “Live fast, love hard, and die young.” As one of the best-selling rock bands of all time, Aerosmith has sold 70 million records stateside and 150 million worldwide. Is it the group’s consistently solid blues backbone? Steven Tyler’s ability to never age? Whatever their secret ingredient, their magic formula has been working a long time: They’ve cranked out chart-toppers from “Dream On” in 1973 to “Legendary Child” in 2012. Not a bad run. And even with all their many hit singles, the additional five tunes listed below represent ones that might’ve cracked the Top 40 — if only they’d been given a chance.

This relatively early song has many of the group’s signature elements: funky guitar, bluesy harmonica, bar-band harmonies, and Tyler’s raspy vocals. Originally penned in 1930 by blues legend Sleepy John Estes, “Milk Cow Blues” has been covered over thirty times (even Elvis took it on). The message is timeless: I used to like you, but now you’re getting on my nerves, so goodbye, good luck, and good riddance. Does it count as an Aerosmith song if it’s a cover? Well, does it count as an Aerosmith album if it’s all covers, because that’s exactly what Honkin’ on Bobo (2004) was.  So in both cases, we say “Yes.”

By 1982, Aerosmith had been ravaged by drug addiction and battered by infighting that got so bad that guitarists Joe Perry and Brad Whitford left the band (happily, they later returned). So while Jimmy Crespo and Rick Dufay did admirable jobs as stand-ins, Rock and a Hard Place does not represent Aerosmith at its best. That said, “Jig Is Up” rises above the rest of the LP’s material with some Zeppelin-style double-tracking of guitar and bass and a stinging harmonica. The lyrics may be mostly nonsense rhymes and slang, but Tyler’s way of contorting the English language for effect is kind of stunning.

Yes, it’s simple. Yes, it’s predictable. But it’s also impossible to listen to without bobbing your head or tapping your foot. According to guitarist Joe Perry, “My Girl” is a tribute to 1960s pop — something which carries over into the lyrics as well as the sound. Describing a “Lady Godiva” who “breathes hellfire” and “smokes barbed wire,” the song is a treasure trove of rhymes pairing “the wind of my sails” with “cat o’ nine tails” and “the one-track mind” with “so hard to find.” We’ve always thought that a song that’s easier to memorize is also more likely to inspire a crowd to join in.

By the “oughts,” Aerosmith was crafting music that called back to their bluesy hard rock roots, while simultaneously incorporating current trends. Clearly influenced by late ‘90s grunge — like Nine Inch Nails’ Downward Spiral and The Fragile — this alt-rock tune sounds like quintessential college rock, with its mix of rat-a-tat rapping and synth-guitar/bass groove. But what makes it so clearly an Aerosmith song, is when pressed to rhyme something with “push-up bra,” Tyler’s solution is “Aaar…bricka braka fiya kraka sis boom-bah”. In its own crazy way: perfect.

Want to feel humbled? Tyler was in his mid-60s when the band’s last album of original music was released. And this tune shows that the guys (and not just Tyler) have still got it. Combining hooky Southern rock with female backing vocals and a delicious smattering of cow-bell, “Out Go the Lights” has the makings of another foot-stomping crowd-pleaser that’s ready to conquer Pandora and Spotify. The only question is, given this band’s age, would the song land on the chart for Hot Rock or Adult?

PS. Some other rock legends are still goin’ strong, way past their AARP date. And another band still holding true to their blues roots.

0 comments on “5 Aerosmith Songs That Should’ve Been Singles”