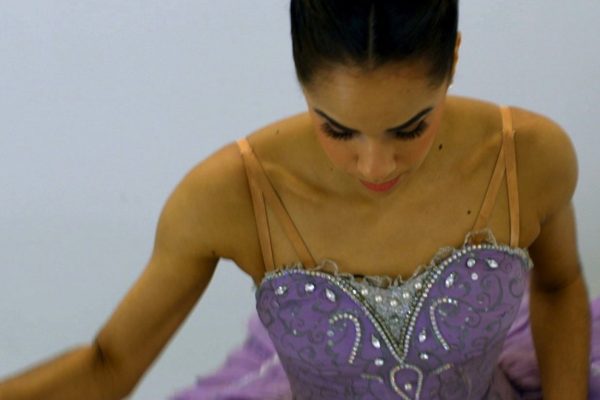 Ballet is apparently having an extended moment. They’ve got a new bad boy in Sergei Polunin. They’ve got a new spokesmodel in Misty Copeland. And, once again, a muse of ballet master George Balanchine — in this instance, Tanaquil Le Clercq — has been the inspiration for a fascinating documentary. Sure, the Nutcracker is out of season but apparently, ballet has relevancy all year long. Here are six films to keep you en pointe and on point should the topic arise.

Dancer (2016)
This biopic about Sergei Polunin, ballet’s tattooed bad boy, traces the bravura performer’s ascent from a humble Ukrainian household to Kiev’s Choreographic Academy to the British Royal Ballet School, from which he graduates then moves on to become the youngest principal dancer in that company’s history. If you’re guessing that he’s gifted, you’re right. But he’s also incredibly, almost masochistically dedicated. And it’s that insatiable drive (among other things) that spurs Polunin to quit the Royal Ballet after only two years as a principal dancer to seek new challenges, first in Russia and then beyond.

A Ballerina’s Tale (2015)
This portrait of Misty Copeland, arguably the biggest name on the scene right now, is unconcerned with her personal life — her upbringing is barely touched upon; her romantic interests, merely suggested — so much as it’s a celebration of her importance in what can be a stodgy art form: Copeland is the first black woman to become a principal dancer in a top tier ballet company… ever. As such, the movie celebrates her talent, her endurance, her resilience, and even her mentors. You may wish for longer excerpts from her Swan Lake and her Firebird, but you’ll also have no problem recognizing her star power once you see her perform as a teenager. Her presence has been that commanding from the start.

Ballet 442 (2014)
The closing shot of this documentary isn’t of the New York City Ballet dancers in action or of up-and-coming choreographer Justin Peck in repose. No, the final shot is of illustrious Lincoln Center, the NYC arts institution that houses NYCB. That makes sense because Ballet 442 isn’t really about Peck’s creative process so much as it’s about all the contributions that go into making a dance premiere at this high a level. And so we get to see the conductor in action, the rehearsal pianist, the costume designers, the costume constructors, the lighting designers, the class instructor, the physical therapists, and so on. For the ballet geek, this backstage peek is a must-see.

Afternoon of a Faun: Tanaquil Le Clercq (2013)
No list of dance films would be complete without an entry representing the work of choreographer George Balanchine, whose fourth and final wife, ballerina Tanaquil Le Clercq, is the subject of this documentary. It’s a well-known fact that most dancers have short-lived careers onstage but Le Clercq’s was struck particularly short when she contracted polio at age 27. Far from retreating into anonymity after her days in an iron lung, she went on to become an author (Mourka: The Autobiography of a Cat), cookbook writer (The Ballet Cook Book), and an instructor with Arthur Mitchell’s Dance Theatre of Harlem. A remarkable woman. An enthralling film.

Secundaria (2010)
Russia and the USA aren’t the only two countries with internationally recognized ballet traditions: Cuba has one as well. And Mary Jane Doherty’s light-on-narration, heavy-on-visuals doc has a fly-on-the-wall intimacy that makes the heart ache. As she follows one class of students making their way through the country’s National Ballet School, you can see class and race issues play out, just as you did in the kindred doc Ballet Boys from Norway. In Secundaria, you get a stronger feel for the social conditions informing these young aspirants’ hopes and the commitment that comes from knowing that ballet may be the only chance to get out of poverty.

PS. Ballet and tattoos?  It’s a thing.  And the HBO doc, “Bolshoi Babylon,” shows that ballet is a cruel world.