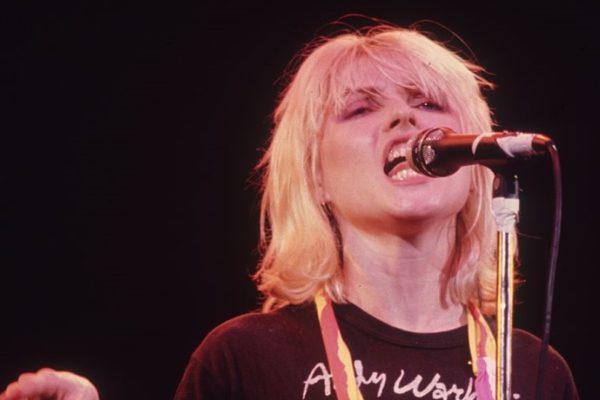 Many women who hold the title of “rock star” have written books, more than a few of them considered to be something of a feminist manifesto. With the rich, amazing selection out there, we chose a few top titles to check out.

Patti Smith has released several books, all spectacular. This one was chosen for being an enigmatic masterpiece of non-fiction. We’re transported to a specific time in her life, made vivid by the extraordinary details.

Patti was always an artist. In this book, we learn about her struggles to make it in the music industry, moving from New Jersey to NYC, giving birth, and putting the baby up for adoption when she was only a teenager. We also get an in-depth look at her relationship with Robert Mapplethorpe and how she tried to “save him.” Another component worth noting is her picture of NYC in the ’70s –just as alternative as you would imagine it to be.

Girl in a Band: A Memoir by Kim Gordon

Kim Gordon of Sonic Youth was the only girl in a band of boys but was never anything less than a star. Girl in a Band details her life, from childhood to joining her groundbreaking band, and changing fashion and music one day at a time.

Kim translates the happiness and pain she felt in her unique journey. She narrates — in beautiful detail — the transitions of the world around her while letting us into her personal life (and marriage to bandmate Thurston Moore) in a vulnerable way most wouldn’t expect.

With her band, The Slits, Viv proved to be a pioneer in the punk rock scene. Her book is about so much more than the title would lead you to believe. Albertine takes us through her journey of invention and reinvention, both in and out of the music scene.

As the lead guitarist for The Slits, Viv not only made a name for herself but was responsible for inspiring an entire generation of musicians (both male and female). In this book, we’re able to see more of her particular punk attitude.

Hunger Makes Me a Modern Girl by Carrie Brownstein

Carrie Brownstein completely reinvented herself with the show Portlandia, but she first rose to fame back in the ’90s with the band Sleater-Kinney, one of the biggest names in the “Riot grrrl” movement.

In the book, Brownstein narrates her early life and years in music, focusing on how she’s changed with the experience — while making sure readers understand she’s not the same girl she was at the start of her music career.

It’s apparent in this book that she threw herself into the music scene as a way to run away from a bad family life, but was able to mature from this dark experience.

Face It by Debbie Harry

Blondie was one of the biggest bands of the late ’70s/early ’80s known for their risk-taking in both music and fashion choices. Most of their success was due to Debbie Harry’s unique stage presence and powerful talent.

This book is more of a glimpse into Harry’s mind and art. Besides the traditional narrative, it also has a strong visual side which makes the story even more compelling — much like Debbie herself.

2 comments on “5 Great Memoirs by Women In Rock”