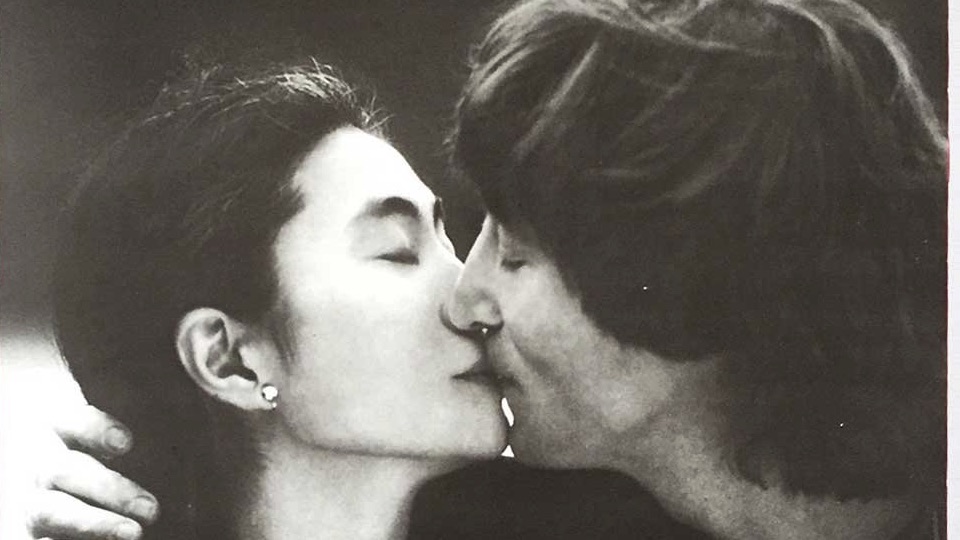 When, on 2 September 1980, music producer, Jack Douglas, arranged John and Yoko’s songs for their new LP, Double Fantasy, he suggested that “Dear Yoko” close the album. In the months to come, however, the song would be repositioned to John’s next-to-last offering. But Douglas’s initial, intuitive arrangement had been quite brilliant. “Dear Yoko” is the perfect song to conclude John Lennon’s career.

John Lennon once famously quipped, “Before Elvis, there was nothing!” But in his hometown of Liverpool, England, Buddy Holly was king. Holly was the archetypal rocker — a role model for the over 650 rudimentary skiffle bands which cropped up all across the Northern England dock town in 1958 and 1959. Buddy was the local hero.

One can only surmise that Holly’s dominance of the Merseyside scene sprang from his personal appearance in the Liverpool Philharmonic Hall on 20 March 1958. Performing his hits such as “Oh Boy,” “Peggy Sue,” and “That’ll Be the Day,” Holly had the lively Liverpool crowd on their feet. And for weeks after his rollicking show, Merseyside radio stations championed his songs, and newspapers were filled with “human interest” stories about the skinny, Texas bandleader.

As far as we know, none of the Quarry Men (later, The Beatles) attended that magical performance. John Lennon, who was, at this time, very close to his once-estranged artsy and independent mother, Julia, probably nudged her to take him to the show. And as a passionate fan of rock’n’roll, Julia must have yearned to do just that. Whether John’s guardian, his Aunt Mimi Smith, forbade that trek or whether the tickets were too dear, we’ll never know. But Julia and John were absent that night. The same goes for Paul, George, and Ringo. However, all four boys were, no doubt, immersed in the furor that followed Holly’s visit to the icy city on the Mersey River.

Indeed, in the days that followed Holly’s coup over Liverpool, John Lennon (who despised being seen in his “specs”) began donning Buddy Holly glasses regularly. And when, in July of 1958, the Quarry Men recorded their very first song in a little home-studio, they chose Buddy Holly’s “That’ll Be the Day” to grace Side A of their record. (Side B was their own creation, “In Spite of All the Danger.”)

Beatles lore also tells us that on 3 February 1960, The Beatles’ first bass player, Stu Sutcliffe, approached John with an idea. Reminding Lennon that it had been one year exactly since Holly had been tragically killed in a plane crash, Sutcliffe recommended that John rename his band to honor the fallen hero. Paying homage to Holly and The Crickets, Stu urged John to dub his group, The Beetles…BUT with an “a” substituted for the second “e” — a nod to John’s love of wordplay and double entendre. The clever moniker would celebrate the “beat” of the band, the “Mersey beat” of their unique music.

Henceforth, the Quarry Men became known as The Beatles. And the first songs they penned hearkened back to those raw, primitive, unvarnished days of rock’n’roll in which Holly reigned supreme.

But in April of 1980, when John Lennon sat down to write “Dear Yoko,” he had no inkling that this Buddy Holly-inspired number would be one of the last songs he would sing on his very last LP, ever. He had no hint when he positioned “Dear Yoko” toward the end of Double Fantasy that the Holly homage would conclude his life’s musical calling. Nevertheless, it was a perfect wind-up for an unimaginably amazing career…bringing John full circle: beginning with Holly and finding closure in his sheltering shadow as well.

Recording the song in only six takes at the Hit Factory, 1980, John begins “Dear Yoko” with a Texas-born hiccup in his voice. His “wella-hella-hella” leaps right off the Buddy Holly play page. And as we listen, we’re instantly swept back to 1958, and as John’s deep-voiced “Even after all these years…” beckons us, we discover not a middle-aged singer, but a wide-eyed youth, artfully mimicking the magnetic sound he’s heard over Radio Luxembourg.

“Dear Yoko” is boyish. It brims with snickery, adolescent humor. It smirks as John used to smirk, before 15 July 1958, when his mother was brutally taken from him by death. “Dear Yoko” is, in fact, a funny song, loaded with carefree joy. We grin when John sings, “Even when I watch TV, there’s a hole where you’re supposed to be.” And we chuckle when he tries to sandwich the words, “Even if it’s just one hour, I wilt just like a faded flower.” The song teems with simplistic teenage love poetry; it froths with innocence and fun.

Though John had spent two-and-a-half decades mired in misery and loss — bemoaning the death of his Uncle George, his soul mate, Stu, and his beloved mother, Julia — “Dear Yoko” seems to sweep him up and set him down gently, in a happy place. You can just see John cavorting as he sings the 50s tune. In fact, his producer for Double Fantasy, Jack Douglas, said, “[Dear Yoko] had an early Fifties feel to it that John was so good at, because he was good at that rhythm. I thought it was the lightest, funniest track on the record.” (Sharp, Starting Over) Similarly, Ken Womack in John Lennon 1980, praises the song for its “nifty Buddy Holly inspired lead vocal,” (p. 171) while Ben Urish and Ken Beilen in The Words and Music of John Lennon laud the number for its “lighthearted giddiness,” its happy similarity to Holly’s “Rave On.” (p. 80)

Having lived most of his life wailing at the microphones of the world for his lost mother, Julia Stanley Lennon, in “Dear Yoko,” John is transformed. For the 2:36 that we share together, he is untroubled and light-hearted again. In this magical track, John Lennon leaves us with laughter in his voice and love on his lips. He takes a bow with a smile. And you know that can’t be bad.