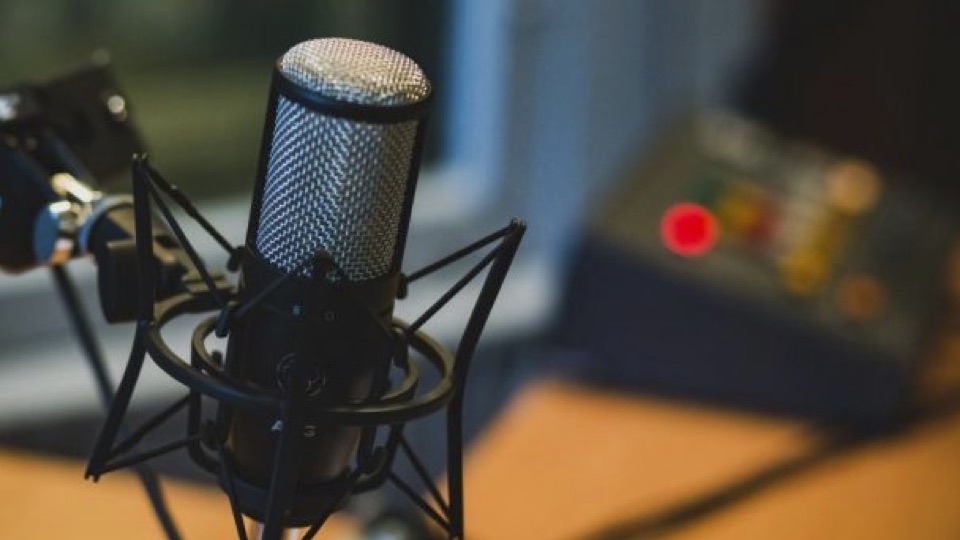 With the average commute to work being a whopping 26 minutes, the time we spend in the car can be agonizing. Yet, this can also be time used productively if you know where to look (and listen). The explosion of podcasts, as well as its new category on Spotify, has made it easier than ever to turn your car into a mobile sanctuary of knowledge. Knowing the frustration of the morning and evening commute all too well, here are some great music-themed podcasts to redeem your drive time.

This is the absolute gold standard when it comes to music podcasts. Veteran Canadian radio personality Alan Cross has more than likely forgot more music anecdotes than most of us store away to dust off at parties. With literally hundreds of episodes, the everyman host explores trends, bands, fun facts, and the fascinating history behind your favorite acts. His treatment of the origins of punk and how it has influenced everything since is fascinating, while his in-depth and lived-in experience with acts like Nirvana and U2 make him an absolute joy to listen to. While some of the best episodes explore the beginnings and legacy of genres like Brit Pop and Grunge, some of the more fascinating episodes are built around random facts and stories that will make listeners constantly repeat “I didn’t know that” in delight. For those of us who are passionate music fans, his treatment of explaining insider terms like “A&R” and genres like Shoegaze, is extremely helpful. Even after years of programing, Cross still shares his email for show ideas as well as for casual music banter with fans. We can’t recommend this one enough.

Sound Opinions is an absolute hodgepodge of style and musical exploration. Each episode varies from the last, making it unexpected and surprisingly explorative. Mixing interviews with personal experiences, each show is typically broken into segments where the hosts share their knowledge and seasoned critical ear. While all music is covered rather extensively, genres like hip hop, rap, and punk are given a unique space. This is perhaps a more cerebral podcast than many, often going to unmatched depths, yet it literally has something to engage every listener regardless of preference. They also do a “best album of the year” show that’s always fun and of course, controversial.

Okay, we get it. This is perhaps the most well-known podcast in the brief history of the medium. Maron is often credited as perfecting if not creating the podcast as it currently stands. His strengths as a comedian come out, but it is his uncanny ability to draw out the story of his guests that make it extremely fascinating especially when he invites musical guests on the show. Maron is a huge music fan and amateur musician who devotes numerous shows to icons like Perry Farrell, Gary Clark Jr., Duff McKagan, and T-Bone Burnett.

If you love in-depth looks into the creative process, then this one’s for you. With new episodes every two weeks, each installment dissects a single track from the artist who crafted it. The result is a fun and meticulous look at how something beautiful is made out of nothing. What we appreciate so much from this one is that all genres, styles, and eras are represented. From Fleetwood Mac to Bon Iver, the stories are engaging for all.

The Working Songwriter with Joe Pug

The strength of this one is how Pug, an accomplished songwriter, is able to use his background to enhance an expansive conversation with a current songwriter. While he typically sticks to one artist who is generally within the Americana genre, the conversation expands beyond musical borders. This is intelligent enough to keep musicians interested, but also fascinating for those of us who like to hear expert craftsmen and women chat about their process and struggles to create.

You can find most of these wherever you find your favorite podcasts. If you’re new to the medium, try out Spotify or Soundcloud. Happy streaming!